Chris Simcox, a former leader of the border control group, is accused of molesting three girls under 10 years old 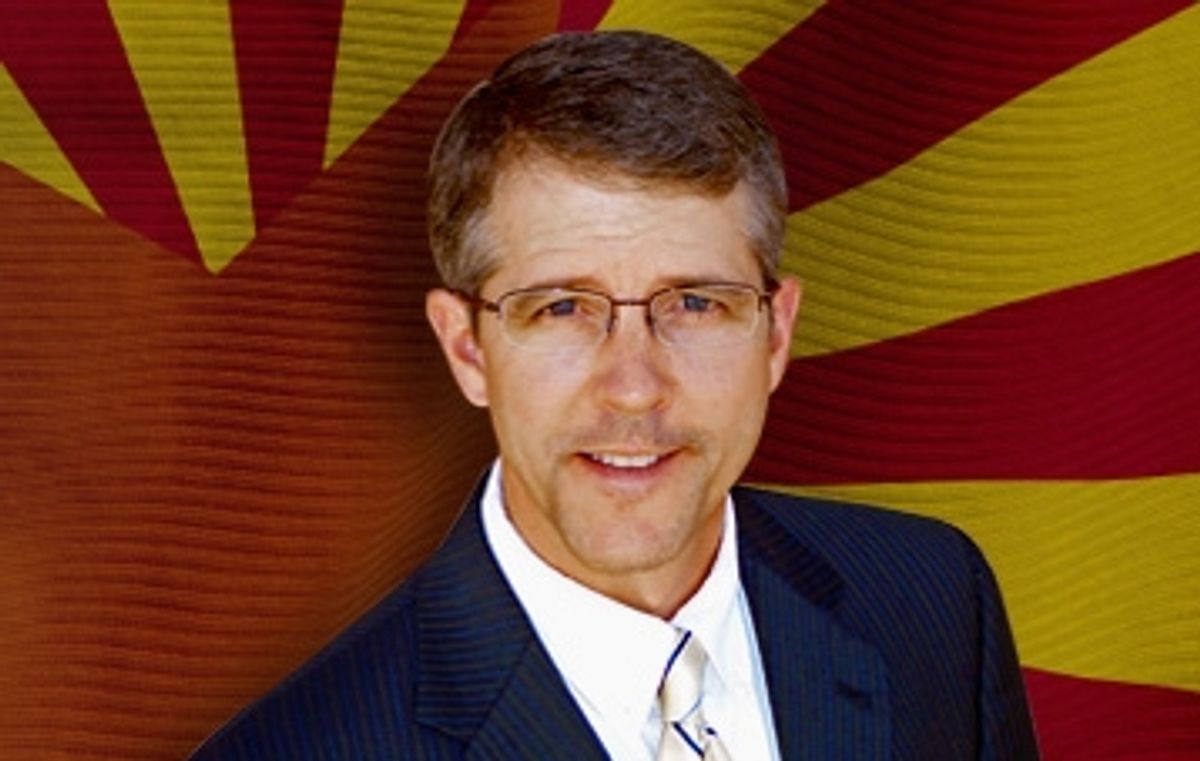 Chris Simcox, the co-founder of the border patrol group the Minuteman Civil Defense Corps and a failed candidate for senate in Arizona, was arrested and booked on suspicion of molesting three girls under age 10, according to law enforcement in Phoenix.

Detectives with the department's Family Investigations Bureau developed "probable cause" that Simcox had sexual conduct with the girls during the past several months, Thompson said. No other details were immediately available.

Simcox has denied the allegations to police. It was not known if he had an attorney.

In 2009, Simcox launched a failed bid to oust Sen. John McCain in the Republican primary. In 2010, his wife was granted a restraining order against him, after she alleged that Simcox threatened her and her children with a gun and said "he was going to kill me, and my kids, and the police” multiple times after he had been drinking.