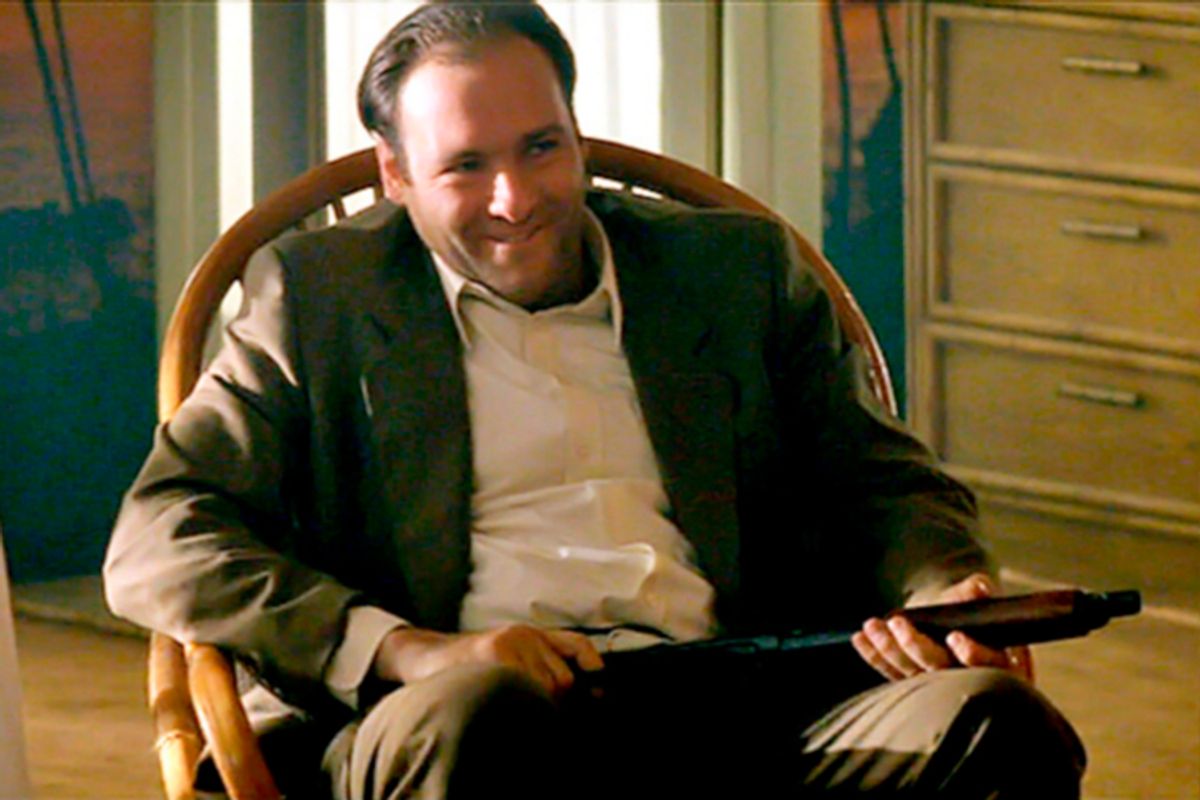 Since news broke Wednesday evening of James Gandolfini's death, the Internet has been flooded with paeans to his performance in "The Sopranos" and with good reason: Few actors have embodied their characters, literally and figuratively, the way he did Tony Soprano. If it weren't so devastating, it might even seem poetic that both the actor and his most famous creation met such untimely demises (or so we suspect in the case of the latter). "The character is a good fit," he once told New York TV critic and former Salon staff writer Matt Zoller Seitz. "Obviously, I'm not a mobster, and there's other aspects of the guy I'm not familiar with, like how comfortable he is with violence. But in most of the ways that count, I have to say, yeah -- the guy is me."

Still, to remember James Gandolfini as Tony Soprano alone does a disservice not only to the man but to the character he played so memorably. (Another writer in another post will do proper justice to his brilliant turns as blowhard "Big Dave" Brewster in the Coens' "The Man Who Wasn't There" and "yelling ass" Michael Longstreet in the Broadway production of Yasmina Reza's "God of Carnage.")

Five years before he was cast as the mafia's most famous bird watcher, Gandolfini appeared in the neo-noir "True Romance," a Tony Scott film perhaps most notable for being video clerk-cum-screenwriter Quentin Tarantino's first production. The movie was a box office flop, earning a piddling $12 million domestic despite a star-studded cast that included then-famous Christian Slater, Patricia Arquette, Dennis Hopper, Christopher Walken, Chris Penn and Tom Sizemore1. It also featured a 32-year-old Gandolfini in a bit part as Virgil, a mafia thug suffering from an acute case of gangster's ennui. "The first time you kill somebody, that's the hardest," his character tells Arquette's pulverized Alabama. "Now? Shit. Now I do it just to watch their fuckin' expression change."

So did Quentin Tarantino inadvertently create TV's most compelling antihero?

The short answer is no. Virgil, in his few minutes on-screen, displays little of Tony's tenderness, while his dialogue is far pulpier than anything David Chase (or Matthew Weiner or Terrence Winter, for that matter) concocted for their show's protagonist. ("True Romance" is, after all, a Quentin Tarantino joint). And yet it's hard not to watch him flash that menacing smirk and not see a glimpse of the charming sociopath he'd later immortalize. That Virgil is locked in battle with a woman wielding a wine opener seems downright prescient. (In the first season of the HBO series, Tony's mother, Livia, threatens to stick a fork in his eye.)

"The Sopranos" reminded us over and over again that film and television are in constant dialogue with each other and themselves. As we reflect on a career cut far too short, it's worth remembering that so too are its performers.

Warning: This video is gratuitously violent, even by Tarantino standards.

1. [The cast has also been uniquely marked by tragedy. Gandolfini and Chris Penn died of cardiac arrest and cardiomyopathy, respectively, while the film's director, Tony Scott, committed suicide in 2012.]↩