In a rambling resignation letter, the Alex Jones devotee seems to call for stripping lawyers of citizenship 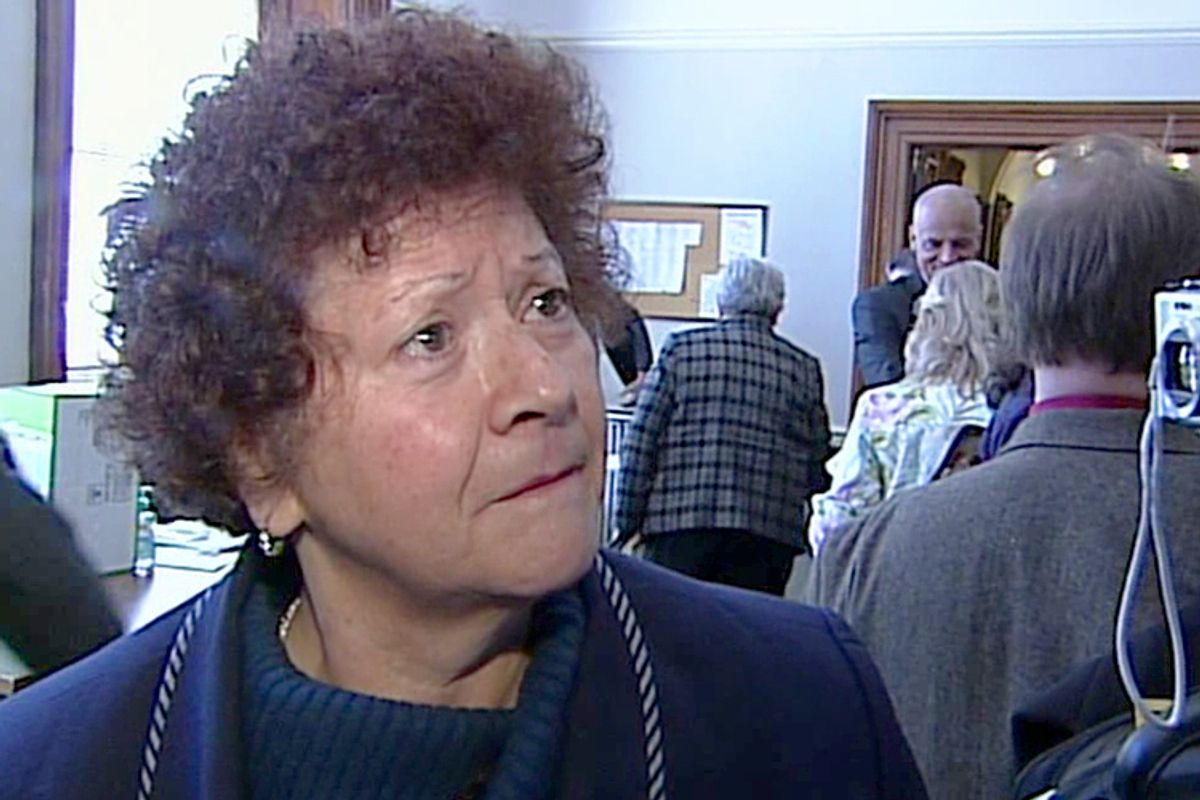 New Hampshire state Rep. Stella Tremblay, who has been trying to convince her colleagues that the Boston Marathon bombing was an inside job, has abruptly resigned her seat.

Shortly after the bombings in April, the Republican legislator posted a message on Glenn Beck's Facebook page saying, “The Boston Marathon was a Black Ops ‘terrorist’ attack." She also encouraged people to visit Alex Jones' Infowars.com, which "broke the story." Tremblay defended the assertion in media interviews and on Wednesday sent an email to all 424 members of the state Legislature with links to videos advancing the Boston conspiracy theory.

But then yesterday, seemingly out of the blue, Tremblay sent a rambling letter of resignation to the speaker of House. "Certainly this announcement comes as a sigh of relief from the leadership of both parties," she wrote. The Boston bombings seemed to be central to her decision to step down:

In honor of the victims of the Boston Marathon Bombings, I request and continue to demand a full investigation. Honesty and Truth is what I have requested at the beginning and will continue to do so. I have tried on several occasions to contact Jeff Bauman, to meet with him for a personal visit and to have a sincere discussion. To date, I have not been successful

Bauman lost both his legs in the bombings, but Tremblay didn't believe him and demanded an in-person meeting to verify his injuries.

The letter, obtained by HuffPost, also calls for an end to the direct election of U.S. senators and seems to call for revoking the citizenship of all lawyers:

The Original 13th Amendment (Titles and Nobility Act) was ratified legally and lawfully. Those who took oaths to foreign powers or colluded with them to subvert the United States government were striped [sic] of citizenship (although they could reside in the united states [sic]) and were not allowed to hold any position of prominence or influence in government. This includes attorneys who take an oath to the BAR (British Accredited Registry).

The Titles and Nobility Act was, in fact, never ratified. The "bar" in American Bar Association is not actually an acronym, but rather a word meaning "the whole body of lawyers, the legal profession." The notion that "bar" stands for "British Accredited Registry" seems to originate with this pamphlet, though it has received some acceptance on LaRouche and other conspiracy-oriented message boards.

Tremblay also used the letter as an opportunity to apologize to another Republican lawmaker for not supporting him in 2012 when he was scolded by the Legislature for making a Nazi salute on the House floor in an act of defiance.

Last year, Tremblay sent a separate email to every member of the Legislature claiming President Obama was not born in the United States.

This is what happens when a tiny state of just 1.3 million puts more than 400 people in its statehouse.