Millennials save the world: Smartphones to the rescue! 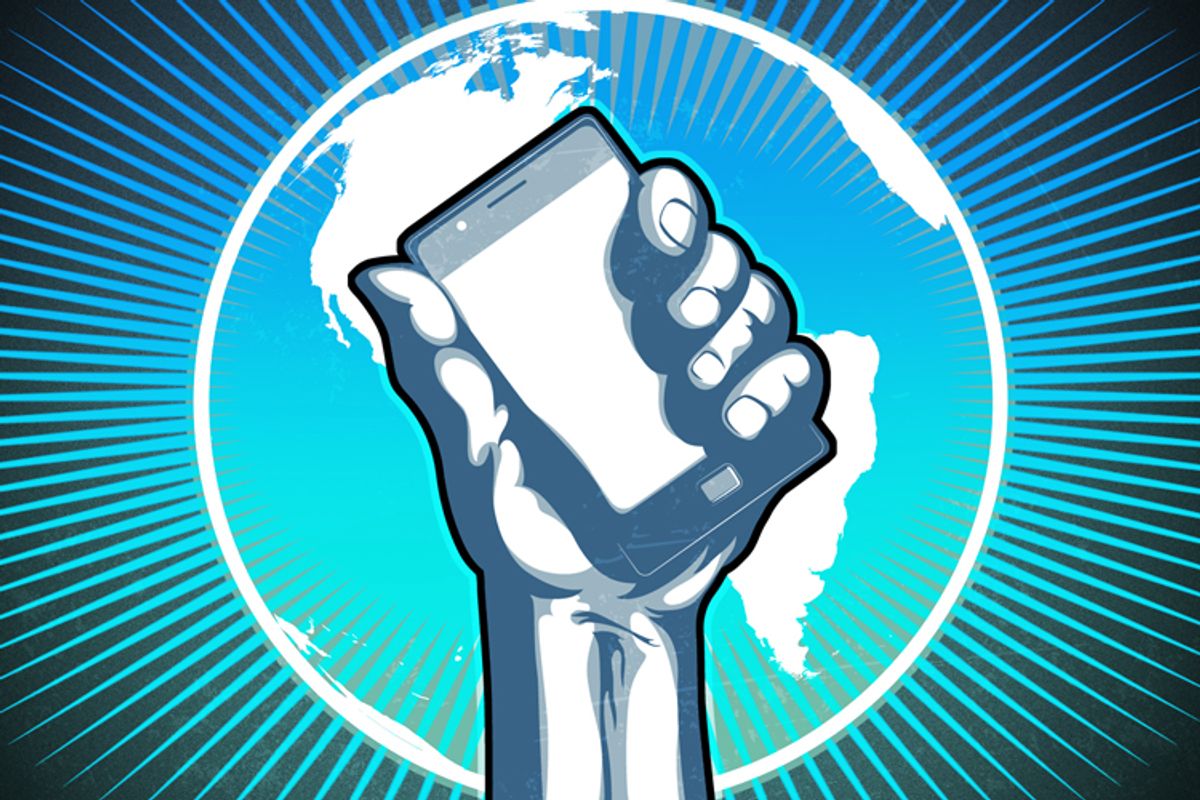 Americans are driving less. Ever since the summer of 2005, right up until March 2013, the last month for which statistics are available, the average number of miles driven by Americans has fallen steadily. What once could easily be explained away by pointing to the double whammy of a recession and high gas prices now appears to be structural. Something profound has changed in the relationship between U.S. drivers and their cars.

Look at the data, and one thing jumps out: A massive generational shift. Millennials just aren't as in love with their wheels as were their forebears. Between 2001 and 2009, the average number of miles driven by 16- to 34-year-olds dropped by 23 percent.

Why is this so? There are multiple hypotheses. Some are economic, some are cultural. But looking forward, perhaps the most interesting partial explanation is one proposed in a study released by the Frontier Group in 2012, "Transportation and the New Generation": Our smartphone-enabled sharing economy has encouraged a generation weaned on the Internet to change their driving behavior.

Strictly speaking, although car-sharing and bike-sharing are growing like weeds, neither is big enough yet to influence the overall number of miles driven as much as do gas prices or the challenge of buying one's first car in an economy where unemployment and youth are highly correlated. But if we extrapolate forward in time, the suggestion that the technologically mediated sharing economy could have a meaningful impact on how future generations consume valuable resources is provocative. The signs of declining automobile usage we are currently seeing could be the thin end of a fascinating wedge in which smartphone efficiencies help us consume less and less stuff. Can you hear a planet stretched to the breaking point release a huge sigh of relief?

Even though usage rates continue to climb, a smartphone backlash is well underway. On Wednesday, BuzzFeed published an "article" titled "23 Pictures That Prove Society Is Doomed." Each picture showed people ostensibly together, but actually far, far apart, alienated from each other by their obsessive need to consult their smartphones. As BuzzFeed slideshows go, it was a pretty clever commentary on contemporary culture. We've all seen this happening: smartphone etiquette has utterly failed to keep up with our new addictions. Have we ever been so easily distracted?

Heck, a good, data-driven case can be made that smartphones are flat-out bad for our mental health. One study investigating the use of smartphones in healthcare settings kicked off with a chilling denunciation:

Cellular phones, including smartphones, are known to be detrimental to cognitive performance. Their use increases reaction time, reduces focus, and lowers performance of tasks needing mental concentration and decision making.

Ouch. But let's try a thought experiment. Let's deconstruct one of the BuzzFeed photographs -- a picture of four young women at a table together, all intent on their small screens. What if one of those women was searching for affordable lodging via AirBnB, while a second was checking to see if there was a car nearby from either RelayRide or Getaround? The third could be investigating the city's bike-sharing program, while the fourth could be arranging to rent some kayaks from a neighborhood goods-sharing collective.

Now multiply that behavior by the thumbs of an entire generation. Suddenly, the world is a much different place. What looks like distraction is actually a process of super-efficient resource allocation!

There's increasing evidence that this is the way millennials roll. "The first generation raised on the Internet," as sharing economy advocate Neal Gorenflo likes to say, is predisposed to exploit the Internet to find cheap and easy access to all kinds of goods, from lodging to cars to clothes. This generation, suggests Gorenflo, believes that getting from point A to point B should be as easy as Googling the answer to a trivia quiz. We should never have to wait for the bus! We should already know when the bus is about to arrive.

Car-sharing programs appear to have an impressive environmental impact. A widely reported survey of millennials by Zipcar found that "one in four millennials say transportation apps have reduced their driving frequency, compared to less than 12 percent of those 45+." One study conducted by the University of California, Berkeley, determined that one "shared" car replaced 9-13 "owned" cars. And the market is growing fast. Market research firm Frost & Sullivan predicts that revenue from car-sharing programs will jump from $700 million in 2012 to $3 billion in 2016.

Even so, Gorenflo, who runs the Web's one-stop shop for everything shareable, Shareable.net, doesn't think that car-sharing programs can yet be held responsible for any significant portion of the declining miles driven by Americans. What he sees happening is a much broader phenomenon: a migration of young people to cities, where jobs are more plentiful and where population densities make all kinds of sharing economy innovations possible. And although it's commonplace to assert that millennials are more concerned about the environment than previous generations, it's not at all clear that environmental concerns are what is driving adoption of the sharing economy. Price and convenience seem to be the primary factors.

But regardless of the motivation, the smartphone, increasingly,  is the magic device that makes the whole so-called "collaborative consumption" economy work. The Zipcar study referenced above found that nearly 65 percent of the millennials it surveyed said that losing their phone or computer would have a greater negative impact than losing their car. In April the car-sharing company RelayRides bought a smaller car-sharing competitor, Wheelz. The big upshot to the merger, according to press reports, was access to Wheelz's technology for unlocking cars with a smartphone, "so renters and car owners don’t have to meet in person to hand off the keys."

Smartphone apps make finding out whether the Citibike docking station nearest you in New York City is stocked with working bikes. A relatively new bike-sharing start-up, Social Bicycles, builds wireless GPS technology directly into the bicycle, thus obviating the need for centralized docking stations. Just lock the bike up wherever you end your ride. Someone else will be able to find it by checking the Social Bicycles app.

For generations who can still remember having to leaf through a five-pound phone book before starting any kind of excursion, there's still a sense of novelty -- and sometimes no small amount of fear -- every time we encounter some new iteration of the sharing economy. But for the generation just now coming of age, and the generations to come, the default expectation is that solving our lodging and transportation needs will be cheap and easy and accessible through our phones. The consequences of this shift could be extraordinary. The decline in driving miles since 2005 has been matched by a decline in oil consumption. More efficient allocation of goods and services implies more efficient use of energy and natural resources. Even as we distract ourselves with Twitter and BuzzFeed slideshows and Facebook status updates, we are simultaneously making a stab at cutting back on the production of waste and the consumption of, well, everything. So next time you see a teenager staring into her phone while ignoring her friends, don't be so quick to sneer. She could be saving the world.