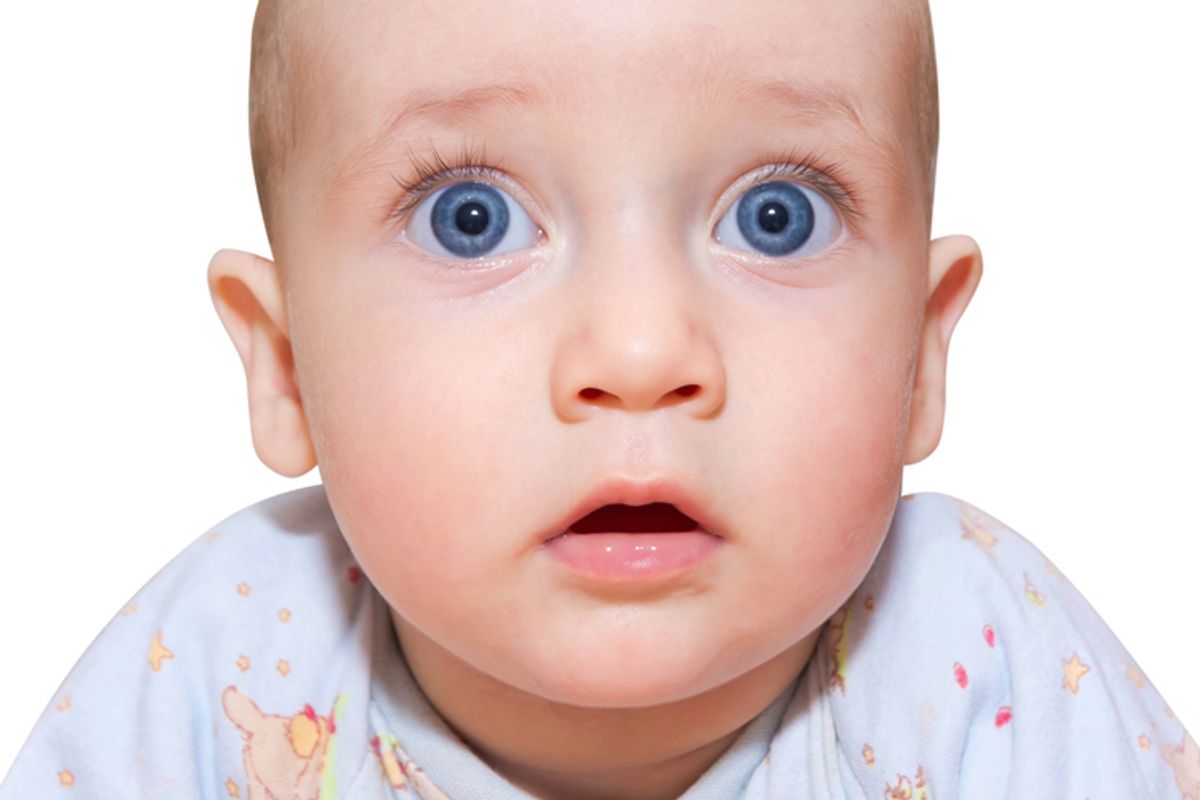 In 1985, the founder of modern American sex education gave a controversial speech about erections in fetuses. To Mary Calderone, who had started the Sexuality Information and Education Council of the United States back in 1964, new evidence about arousal in male fetuses demonstrated once and for all that children were sexual beings.

Nonsense, said conservatives. To critics of sex education, childhood was — or should be — a time of sexual innocence. Racy movies, TV shows and magazines made kids prematurely interested in sex. And so did sex education, which robbed them of their natural virtue and replaced it with tawdry thoughts and feelings.

I thought of this debate as I read the comments by Rep. Michael Burgess, R-Texas, during the House debate on Monday over a bill that would ban almost all abortions after 20 weeks of pregnancy. According to Burgess, fetuses do not simply experience sexual arousal; they actively arouse themselves.

“Watch a sonogram of a 15-week baby, and they have movements that are purposeful,” said Burgess, a former obstetrician and gynecologist. “If they’re a male baby, they may have their hand between their legs. If they feel pleasure, why is it so hard to believe that they could feel pain?”

Liberal commentators and late-night comedians pounced on Burgess’ remarks, which are just the latest salvo in America’s long-running culture war over abortion. But they also signaled a truce in an even older cultural conflict, about sexuality itself. After denying childhood sexual feelings for nearly a century, conservatives are starting to acknowledge them. And that’s good news for anyone who cares about the sex education of our young.

Sex education began in the early 1900s, when outbreaks of venereal disease in urban centers spawned brief schoolhouse lessons on the need for chastity. But to outraged foes of the new subject, especially Catholics, any mention of sex in school would make students too interested in it.

In a widely read 1916 essay, Catholic critic Agnes Repplier questioned whether children had a “natural curiosity” about sex; instead, she said, sex education provided a “strong artificial stimulus." She also worried that the subject would be taught by teachers “unduly engrossed with sexual problems,” who would in turn transmit their obsession to unwary students.

Fourteen years later, a Washington, D.C., mother charged that the city’s new sex education initiative in elementary schools would have a similarly ill effect. Students “are to have thrust upon their innocent, childish consciousness subjects much too deep and far reaching for their understanding,” the mother wrote.

By the 1960s, when Mary Calderone championed a new sexual frankness in the schools, conservatives stepped up their resistance as well. “The program is taking their childhood away,” a Minnesota parent complained, condemning sex education. “The third-graders went in to see a movie on birth and came out adults.”

In the early 1980s, finally, Rev. Jerry Falwell made sex education one of the central targets of his newly formed Moral Majority. In a mass mailing to supporters, Falwell quoted Calderone’s claim that children “discover their sexuality” no later than kindergarten. “It’s about time that you and I, as decent Americans, put an end to this filth and perversion once and for all,” Falwell wrote.

To be sure, Burgess made his speech in an effort to restrict abortion rights, not to underscore childhood sexuality. But the effect was the same, and that’s what matters. As Mary Calderone often said, America will never have real sex education until we admit that our kids are sexual themselves.

“A paradigm change ... must occur in our vision of children as non-sexual, to sexual, to normal,” Calderone told a colleague, after her 1985 speech about fetal erections. Back then, America wasn’t ready to hear her; today, it is. Anyone who thinks otherwise simply hasn’t been listening.