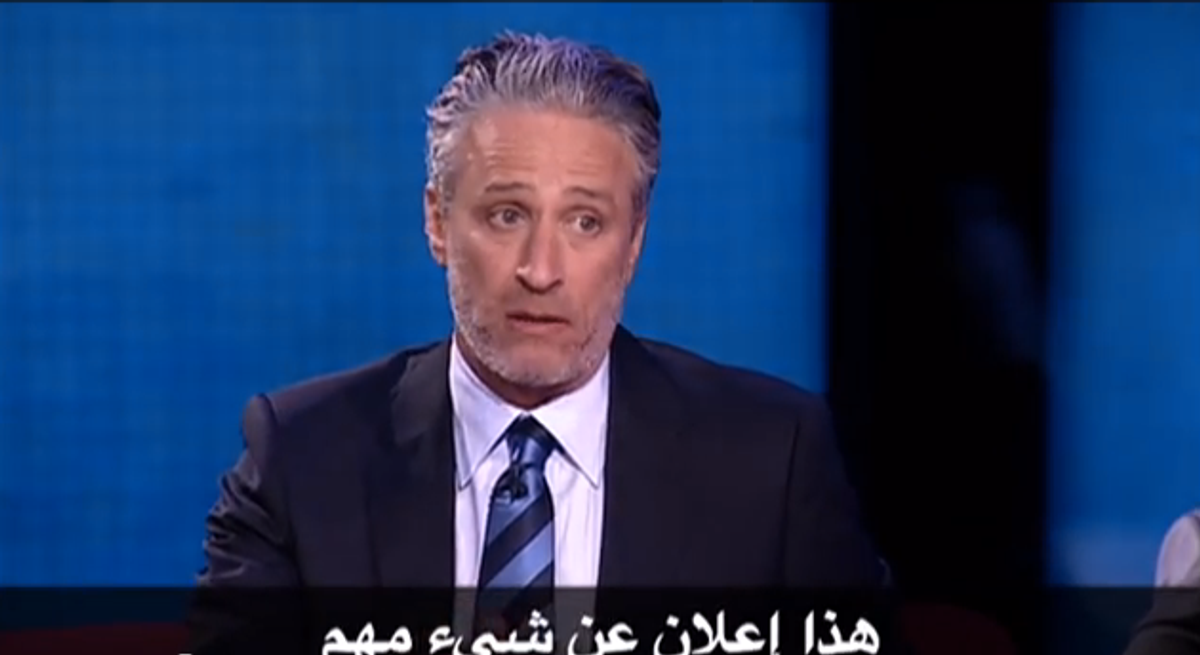 Stewart interviewed the Egyptian political satirist on his show earlier this year after Youssef was arrested by Egyptian authorities for "denigrating Islam" and criticizing Egypt's president, Mohamed Morsi.

Stewart, sporting a short beard, was brought onto Youssef's "The Program" as a prisoner marching to "The Final Duel" from "Star Wars." He even practiced some Arabic for the audience.