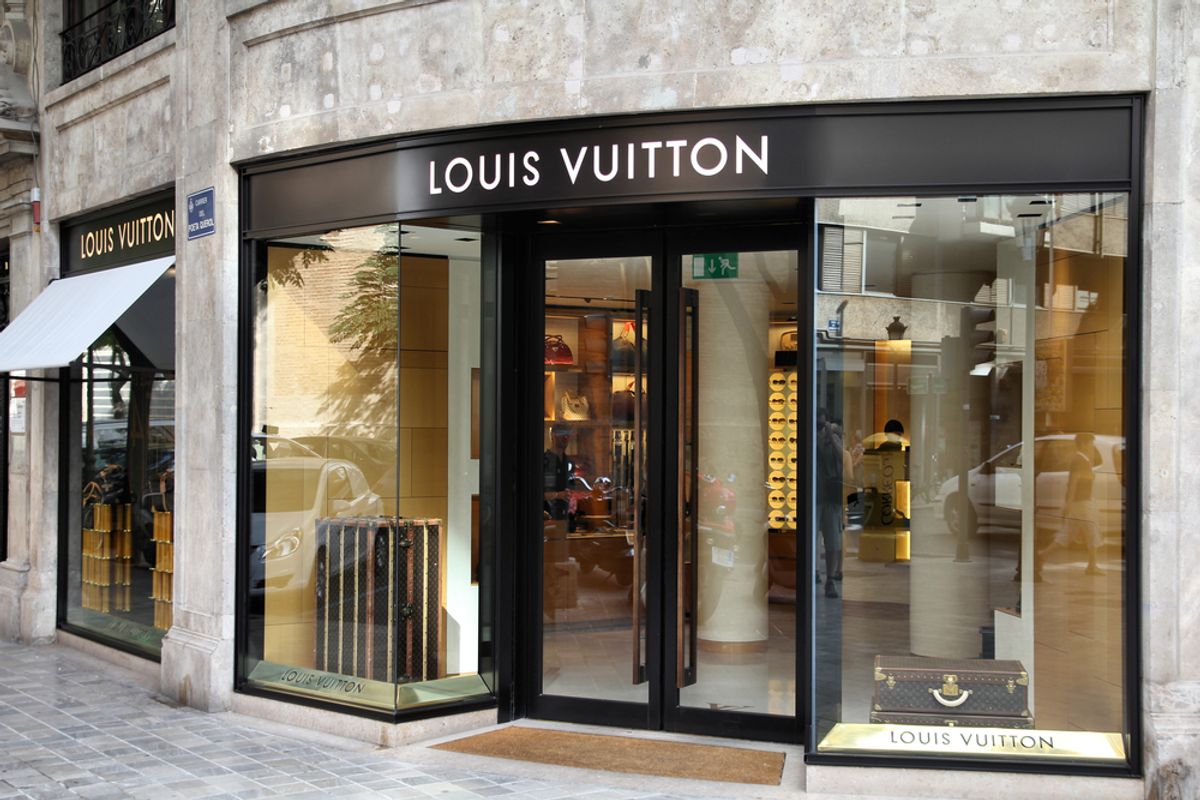 SAN FRANCISCO — On a hot desert afternoon nothing sounds better than the arctic blast of a shopping center. Yes, it is a “dry heat,” but at 110 degrees, the relevance of humidity levels dissipates. So what store should you go to? If it were me, I’d call Louis Vuitton at City Center and make an appointment to see the new James Turrell! Number one: yes, you read that right — there is a permanent installation by Turrell at Louis Vuitton City Center. Number two: yes, you read that right — you will have to make an appointment to see the work.

You may think it odd for an artist of Turrell’s stature to be featured in a luxury retail store, especially since he’s in such art-world vogue this year, with exhibitions at the Los Angeles County Museum of Art, Guggenheim New York, and Museum of Fine Arts, Houston; however, this isn’t the first time the 70-year-old artist has been involved with Vuitton. The house previously commissioned “Tall Glass,” a permanent light sculpture at its Champs-Elysées store, and a photo project featuring an LV trunk set in the landscape of Turrell’s ongoing work at Roden Crater, outside Flagstaff, Arizona. The Las Vegas piece, titled “Akhob,” is a Ganzfeld effect work that resides separately from the store’s merchandise, on the fourth floor of the massive luxury space, and requires visitors to fill out a waiver before entering in the event they sustain an injury from the piece, which at times can be discombobulating. The room floods the retina with high pigment fields of light that can make you feel like you’re in a different realm.

So why does the fashion house have such an interest in the contemporary artist?

Art has an interesting and evolving relationship with the fashion world. Though some would argue that fashion is art — and we’re not saying it isn’t, in some form — there’s also the dynamic of contemporary art being used in collaboration with fashion brands to create limited-edition garments and accessories. This practice of commissioning an artist to create designs for application on handbags, gowns, and the like is fairly common and stretches from the very high end of haute couture to the more accessible end of the spectrum at prêt-à-porter. Louis Vuitton collaborations with the late Stephen Sprouse on graffiti and floral print Speedy bags, Marc Jacobs special items with Takashi Murakami, Yayoi Kusama’s LV collection and installation that preceded her high-profile Whitney Museum exhibition — these are nothing new.

The question, of course, arises as to if or how creating specifically branded items affects an artist’s work. It’s difficult to judge, but the relationship seems to be a marriage, a give and take — whereas the artist must translate his work into an easily digestible product form, there are also opportunities to innovate with design. That said, there’s no doubt these types of works are different —  even if just a little bit — than they would be if they were made solely at the artists’ discretion. I highly doubt that Stephen Sprouse would have sat around his studio scribbling the words “Louis Vuitton” in neon green without the brand paying him to do so.

These days, there is a new(ish) beast on the savannah of art and fashion relationships. It began with brands increasingly incorporating world-class art into their retail stores: Louis Vuitton locations dripping with art by the who’s who of the art world, with glitterati names such as Damien Hirst, Richard Prince, and Olafur Eliason. Now companies are constructing their own exhibition and/or museum spaces, too: initiatives like the Prada Foundation in Milan, which has been operating since the ’90s but is finally now getting a permanent, Rem Koolhaas–designed home; and the massive, under-construction contemporary art center — called the Louis Vuitton Foundation for Creation — funded by Louis Vuitton in Paris, complete with a Frank Gehry design. Fashion’s interest in the art museum business seems to be at an all-time high. Vuitton is by far the most active in its art world pursuits; in addition to the Paris museum space, which will cost an estimated $200 million, the company has Espace Louis Vuitton Tokyo and Espace Culturel Louis Vuitton in Paris, both of which are contemporary art exhibition spaces, free to the public.

Yayoi Kusama–designed merchandise and store decor for Louis Vuitton at Selfridges in London (click to enlarge) (image via contemporist.com)

When you take a step back and look at the ways in which the landscape of contemporary art has evolved over the past century, there’s a clear increase in the viewing of art not only for its aesthetic or cultural value, but more and more as a commodity. There has always been a relationship between art and commerce, but these days it seems like that relationship has taken steroids and grown to monumental size. Art investment funds, corporate art acquisition programs, and the complexities of auction houses boosting sale prices by constructing provenances through often dubious means are all factors.

This art-as-asset business is directly related to the fashion world’s adoption of contemporary art as its own beloved child, although it’s an open question as to which came first. Is the relationship a good thing, a bad one, or or neither? On the upside, these endeavors place art in front of people who may not have ever been to a museum, let alone a contemporary art museum or gallery. On the downside, there’s a real danger of funneling art into a commodity-driven modality. Using art as décor for retail environments instrumentalizes and conventionalizes the work solely for monetary gain. It often reduces the art to nothing more than an extremely expensive sofa accompaniment. One has to ask, “why?” Why are fashion retailer so interested engaging with art?

Because collecting, commissioning, and displaying art boost the luxury appeal of fashion houses. What could be more elite than a unique and expensive work? Only making that expensive work exclusive to the retailer. The trend represents the ultimate transition of art from creative act to commodity. And it’s all part of a broader agenda that in fact presents the reverse of what’s really happening: the brand as a purveyor not just of commodity but culture. When you purchase an LV bag, you’re buy into a lifestyle of art and prestige.

Rendering of the Frank Gehry design for the Foundation Louis Vuitton museum in Paris (image viaroc2c.blogspot.com)

Still, when fashion brands construct major museum-like spaces or position their commissions as standalone experiences, as with the Turrell in Las Vegas, the situation may be different. A review of the websites for these projects, most notably the Louis Vuitton initiative, suggests that the fashion houses are going into the museum business with earnestness and a desire to give back to the city. Perhaps this is just the new normal — art lives among us and is used in various ways. Art has bled out of the museum and into the streets; do we mop it up and put it back in its cage, or allow it to color the world, even at the risk of corruption?