A large bug invaded the set of "The Graham Norton Show." Hilarity and panic ensued. 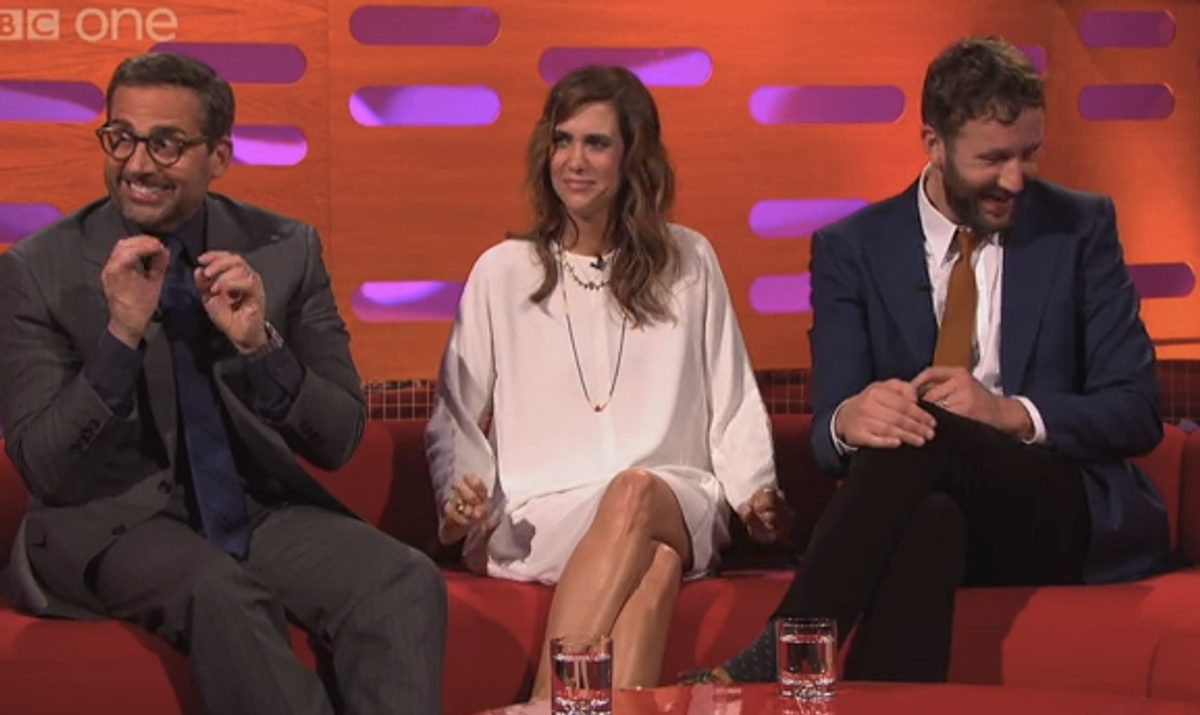 Funny people Kristen Wiig, Steve Carrell and Chris O'Dowd recently sat down on BBC One's "The Graham Norton Show," where they were joined by an unexpected guest: a massive fly.

Carrell, who apparently is well versed in the art of fly-catching, shared a strategy for its quick capture. "That fly has no idea the danger it's in right now," joked Norton.

"Oh, I so hope he comes back," said Carrell.

Well, the fly did come back, but its capture didn't go according to Carrell's plan: