Scandinavian entertainment wins our critics' acclaim, with "The Hijacking" and "The Bridge" high on the to-do's 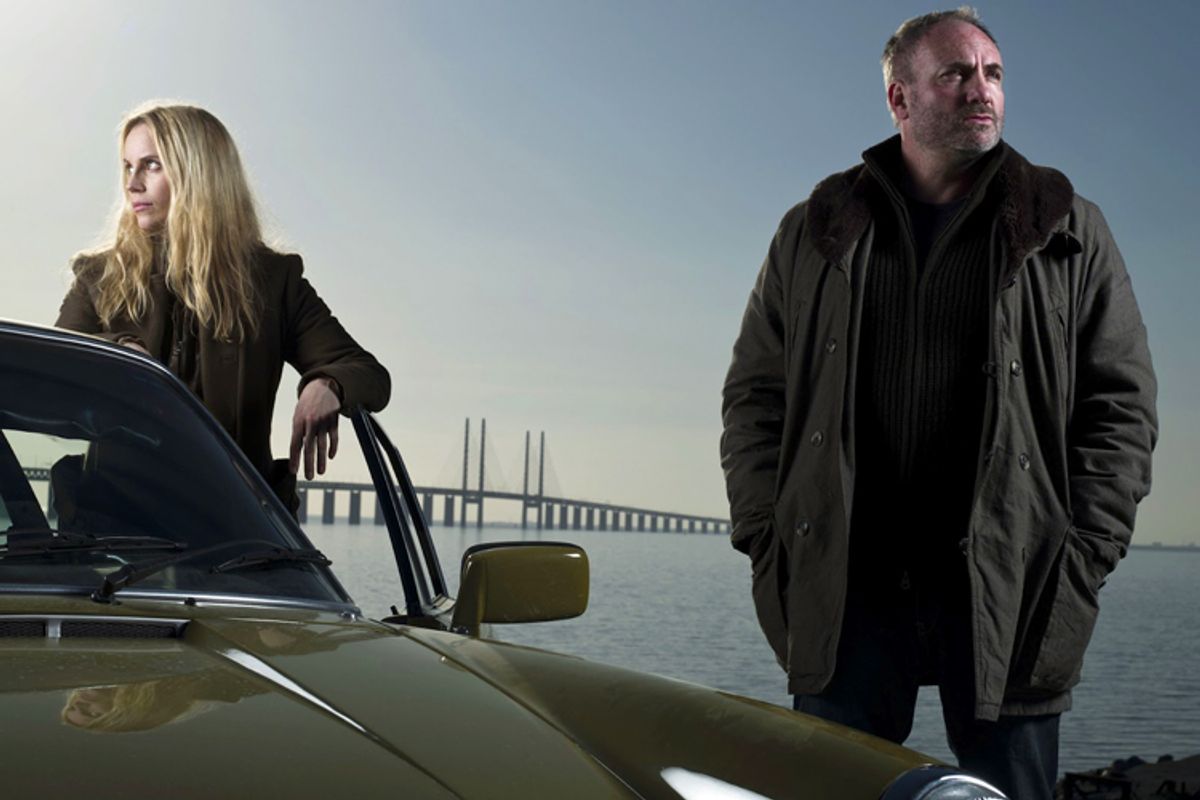 Neil Gaiman's novels are covers between which mythical creatures and beleaguered protagonists live and interact amid supernatural plots often dealing with youth and struggle. The fairy tale-esque character of his modern adult fantasies lightly masks "the intelligible message that can be derived from it," writes Laura Miller.

Gaiman’s first novel for adults in eight years, “The Ocean at the End of the Lane,” would seem to follow this pattern; most of the action, recounted in the first person, describes the experiences of a nameless 7-year-old boy. But “The Ocean at the End of the Lane” does feel different, and not only because of its framing device. The novel begins and ends with the narrator, now an adult, returning to the English village where he grew up, for a family funeral. (The deceased is never identified, but there are hints it is the man’s father.) We learn that he’s been married and separated, that he is a working artist, that he has grown children. When he looks back on the strange events of his childhood, it is through the mellowed and slightly melancholy lens of middle-age. What the story sacrifices of the sweet, glassy purity of a child’s view, it compensates for with the complex sepia of maturity; it’s the difference between a bright young white wine and a well-aged burgundy.

The poet Andrew Hudgins postulates that “Religious bigotry, racism, sexual discomfort, and death provide the tension in jokes, the friction to wordplay’s lubrication.” In his new memoir, "The Joker," Hudgins explores what makes us laugh and the contradictory nature of jokes with "deceptively plainspoken diction suffused with a Southern sensibility," writes Kyle Minor.

Memoir is often better when it has a second layer, be it a public context, a journey, or a subject — Ishmael Beah among the child soldiers in Sierra Leone, Cheryl Strayed hiking the Pacific Crest Trail, Joan Didion on grief and death. There is a motion that the conversation between the personal life and the broader subject can open up. There is the possibility of essaying between the two poles.

This hybridity of form is the great strength of “The Joker.” Hudgins is equally at ease in dark laughter and sincere analysis, things that turn out to occupy side-by-side places in the person who worries about any serious thing. Andrew O'Hehir writes that in the Danish piracy thriller "A Hijacking," there are no heroes or villains. All coexist in the ugly reality and desperation of the situation, and it's far from clear who of the various characters deserves our empathy. Rather, the film "is a brilliantly constructed, character-based thriller that leaves the moral calculus to us."

In essence, Tobias Lindholm’s film is a corporate thriller, a story of the business world that explores both the backroom deal-making and its effects on ordinary people. In this case, the deal involves ransom negotiations to free the crew of a Danish cargo vessel that’s been commandeered by Somali pirates in the Indian Ocean. But for buttoned-down CEO Peter Ludvigsen (Søren Malling) back in Copenhagen, the negotiating tactics are no different from the ones he’s just used to drive down the price of a deal with a Japanese partner. As for the pirates themselves, they’re a well-known risk in doing business in that part of the world. Sometimes you have to bribe corrupt officials, sometimes you pay millions to consultants who do nothing, and sometimes you deal with pirates. They are practicing capitalism by other means. Willa Paskin's previous experiences with Danish drama were so "euphoric-fantastic" that in appraising “The Bridge,” a remake of a Swedish/Danish crime show “Bron/Broen,” she dove in and binge-watched all 10 episodes. It may have taken her 'til the ninth episode before she was convinced, but she was, nevertheless, "irrevocably won."

Like  “Forbrydelsen” and the Swedish crime novels, “Bron/Broen” takes the perspective that beneath the eminently civilized, homogenous, Ikea-furnished, welfare state facade, something broken and threatening is lurking in Scandinavian society. People are slipping through holes in the safety net and there are powerful forces complicit in that slippage, ones that are often far more dangerous and nefarious than the people who have been cast aside. Or at least, this is the view of the serial killer who placed that body on the bridge. Speaking through a caddish journalist, the killer claims that his crimes are meant to draw attention to five “problems” in society: inequality, immigration, mental illness, homelessness and child labor. (For example, he brainwashes schizophrenics into murder-suicides and poisons a dozen homeless people.) He becomes knows as “the Truth Terrorist,” an evil genius who, maybe, has a social conscience. I will be immensely curious to see if the American version of the show has the killer pad his rhetoric with such a defense of the welfare state, immigration and left-leaning policies in general.