Rand Paul to vote against Gang of Eight immigration bill 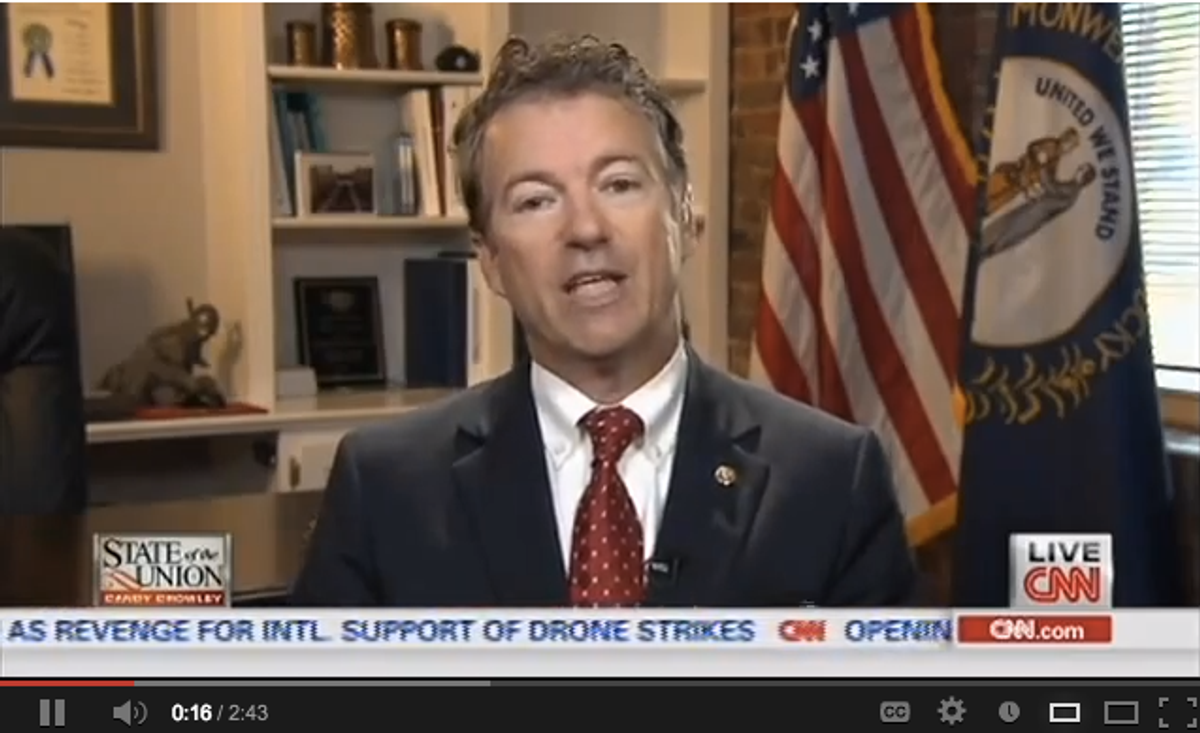 Sen. Rand Paul, R-KY, announced on Sunday that he is a "no" vote on the Gang of Eight's immigration bill because he thinks "reform should be dependent on border security first."

After CNN's Candy Crowley reminded Paul that the bill already includes $30 billion in additional border patrol spending and around the clock drone surveillance, the senator conceded that those measures "may" secure the border, but he would still vote against the bill:

To me what really tells me that they’re serious would be letting Congress vote on whether the border is secure. If the people in the country want to be assured that we will not get another ten million people to come here illegally over the next decade, they have to believe that they get a vote through their Congress. If this is a done deal once the bill is over … I don’t think we’ll really get a truly secure border.