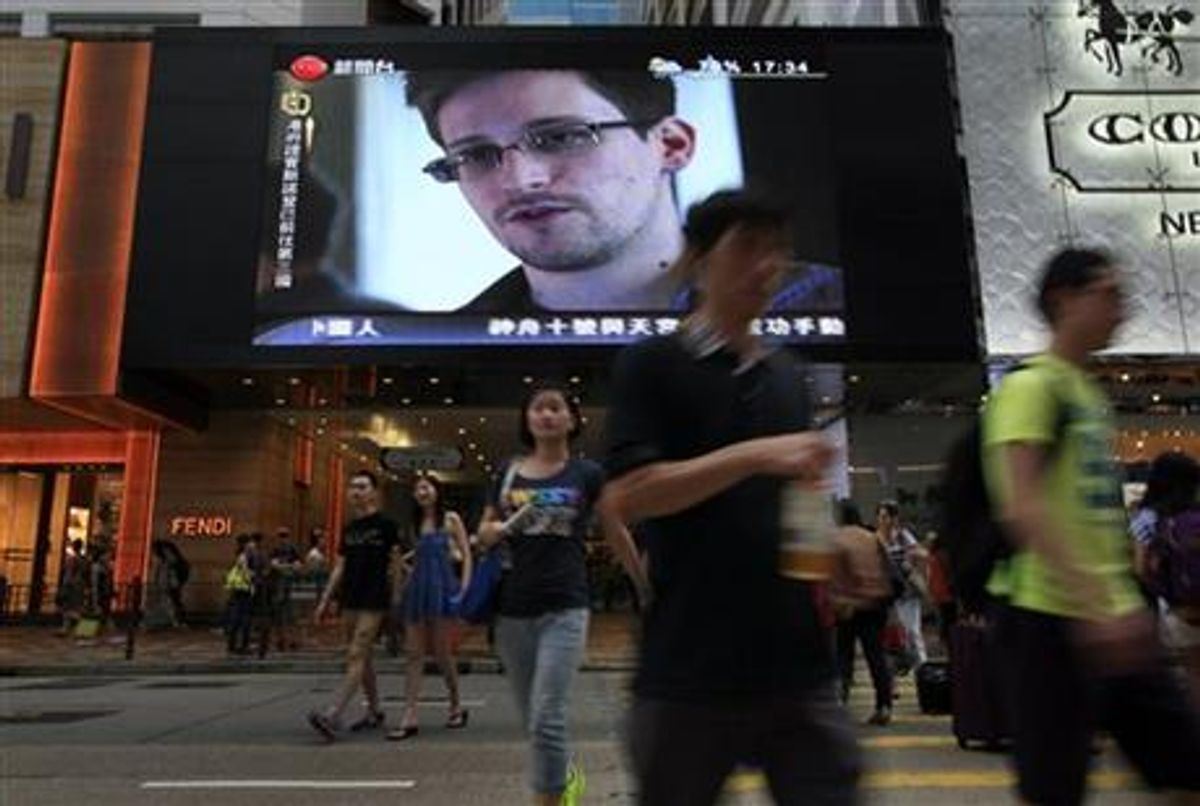 NSA whistle-blower and wanted man Edward Snowden is seeking asylum in Ecuador, according to the country's foreign minister and WikiLeaks.

A Sunday statement from WikiLeaks said that Snowden is "bound for the Republic of Ecuador via a safe route for the purposes of asylum," and Ecuador's foreign minister Ricardo Patino tweeted "The Government of Ecuador has received an asylum request from Edward J. #Snowden."

According to various reports, after departing Hong Kong for Moscow, Snowden did not leave Moscow's Sheremetyevo Airport after his flight touched down. Russian news agency Interfax has reported that he will spend the night in an airport hotel because he does not have a visa to enter the country.

The full statement from WikiLeaks:

Mr Edward Snowden, the American whistleblower who exposed evidence of a global surveillance regime conducted by US and UK intelligence agencies, has left Hong Kong legally. He is bound for the Republic of Ecuador via a safe route for the purposes of asylum, and is being escorted by diplomats and legal advisors from WikiLeaks.

Mr Snowden requested that WikiLeaks use its legal expertise and experience to secure his safety. Once Mr Snowden arrives in Ecuador his request will be formally processed.

Former Spanish Judge Mr Baltasar Garzon, legal director of Wikileaks and lawyer for Julian Assange has made the following statement:

"The WikiLeaks legal team and I are interested in preserving Mr Snowden’s rights and protecting him as a person. What is being done to Mr Snowden and to Mr Julian Assange - for making or facilitating disclosures in the public interest - is an assault against the people".