When will video gamers use their power for good?

The gaming community brought Microsoft to its knees -- can it do the same to the worst parts of its own culture? 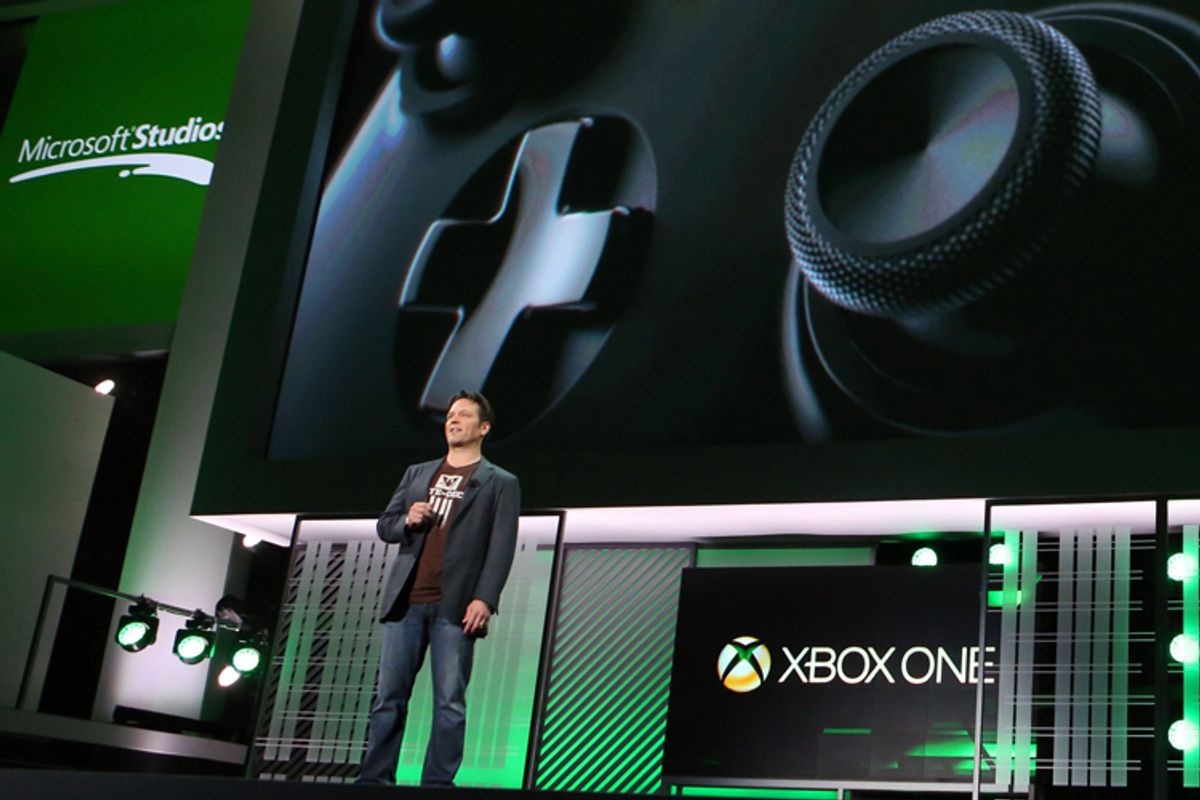 Being a part of video game culture can be a frustrating exercise. That culture is defined primarily by the magazines, websites, television programs and social events aimed at “gamers,”  but even the term "gamer" can be exclusionary; many members of the video game audience reject the notion that people who only play video games on Facebook, smartphones, or tablets could also be gamers, because those other groups don’t primarily gorge on the Hollywood blockbuster, kinesthetic smorgasbords on Microsoft’s Xbox 360 or Sony’s PlayStation 3 video game hardware. Rather than welcome these new video game audiences on social media and smart devices, too many video game players would rather thumb their noses at people who don’t fit a long-held, narrow self-definition.

Video game culture is neither friendly nor accessible to outsiders. It stodgily resists social change and thus continues to relegate gaming as an eccentric hobby within the confines of geek society. And yet the video game public can be extremely powerful when they rally around topics they have communally decided are important. This week they brought one of the most monolithic companies in the world, Microsoft, to its knees through weeks of collective outcry over anti-consumer policies.

The Xbox One reveal was widely considered a disaster in the video game world. The new hardware smacked of classism. It was described as requiring a high-speed internet connection, which not everyone has access to, including customers in rural areas and members of the armed forces. Microsoft also failed to quell worries that buying and selling used games for the Xbox One would not be possible, or that users would have to pay a premium to activate a used Xbox One video game (this would eliminate the appreciable cost savings that make buying and selling used games attractive).

Microsoft later clarified these policies to varying degrees of specificity. The Xbox One had to check in, ostensibly with Microsoft's servers, once every 24 hours or the console would turn into a brick as far as playing video games went until the console was connected to the internet again. Third-party publishers, like Electronic Arts and Activision, would have to enable the trade-in of disc-based games at participating retailers. The same third-party publishers have been fighting the used games market for years, as they receive no cut of the profits from this revenue stream, so this announcement was met by the gaming public with concern over the threat to the used games market that lurked in the fine print.

Last week, at the Electronic Entertainment Expo, or E3, arguably the most important annual event in the video game industry, where major hardware manufacturers and software publishers set the consumer narrative for the rest of the year by unveiling new products, Microsoft tried to demonstrate the power of their new Xbox One by showcasing new games for the system. It was too late. They had already lost control of their marketing narrative. What the video game audience wanted was clarification of Microsoft’s policies regarding used games, and trading games among friends. And this latter topic best illustrates the insanity of what Microsoft was considering with these new policies.

Imagine you lend a new DVD to a friend. Your friend returns the DVD and now you want to share it with another friend. You can't, because you are only allowed to lend that DVD to another person once. Now imagine that this policy of a single lending of physical media was standard not only for DVDs but also for CDs, magazines and books. It’s difficult to swallow that such a policy would be met with anything other than uproar, and that’s the analogy to how Microsoft was attempting to change the nature of media ownership within their industry. Each video game disc for the Xbox One could only be traded one time to one friend, and to add insult to injury, even that neutered form of sharing would not be available when the Xbox One launched in November of this year.

Buying in to the world of video game consoles has never been more affordable than with the current generation of hardware, and there are arguably more reasons to do so than ever before. Small teams of independent video game developers have been creating artistically valid and emotionally compelling experiences for years, and rather than being confined mostly to personal computers, the work of these “indie” developers is finally breaking through to the mass market consoles. And mainstream developers are making better work too: games for the Xbox 360 and PlayStation 3 question America’s continued issues with race and class, celebrate human kindness and move us to tears, or make us question what enjoying violent media might say about us. The value of freely sharing video games between friends, or buying and selling used games, to allow consumers the widest sampling of all these experiences, has also never held as much value as it does today.

All the major companies in the video game industry hold press conferences at E3. Microsoft’s press conference on June 10 was met with a tepid response, undoubtedly owing to the continued controversy over their new software policies and always-on requirements. When Sony held their press conference later that evening, they announced their support for the used games market as it currently exists -- no changes to how physical video game media could be traded among friends and no online requirements -- the full minute of audience applause sounded like a generation of video game players abandoning Microsoft and taking up Sony’s banner.

Microsoft lamely attempted to defend their new policies. Pundits openly mocked the company when Don Mattrick, president of Microsoft’s Interactive Entertainment Business, dismissively suggested that consumers without internet connections should just stick with the current generation Xbox 360. Microsoft Chief Marketing and Strategy Officer Yusuf Mehdi suggested that, in the broader audience for the Xbox One outside of the dedicated video game fans, consumers “didn’t pay attention to a lot of the details.”

Microsoft in essence had made the same mistake that the traditional video game audience has made. They underestimated the reach of video games in our culture. It wasn’t just a small section of the total audience paying attention. And the straw that broke the camel’s back may have been the appearance of Mark Cerny, chief hardware architect for Sony’s PlayStation 4, on Late Night with Jimmy Fallon on June 18:

Fallon: "Oh, the big story that everyone's talking about, is this system is the only one where you can still play used games?"

Fallon: "That's pretty major, yeah, because you can go to GameStop [the largest retailer of used games in the United States] and pick up that stuff."

Surely someone at Microsoft heard the audience applause during that exchange, and put the pieces together. The dedicated video game audience that pays attention to the details was much larger than the traditional audience that flocks to E3 every year. Wednesday, in an unprecedented event, Microsoft reversed practically all the policies that the video game audience had taken umbrage with. No more online requirement. No more checking in with servers every 24 hours. No limitations on trading physical media with friends. No change to the existing used-games market. Microsoft’s attempt to murder ownership and free sharing of video game media had been foiled.