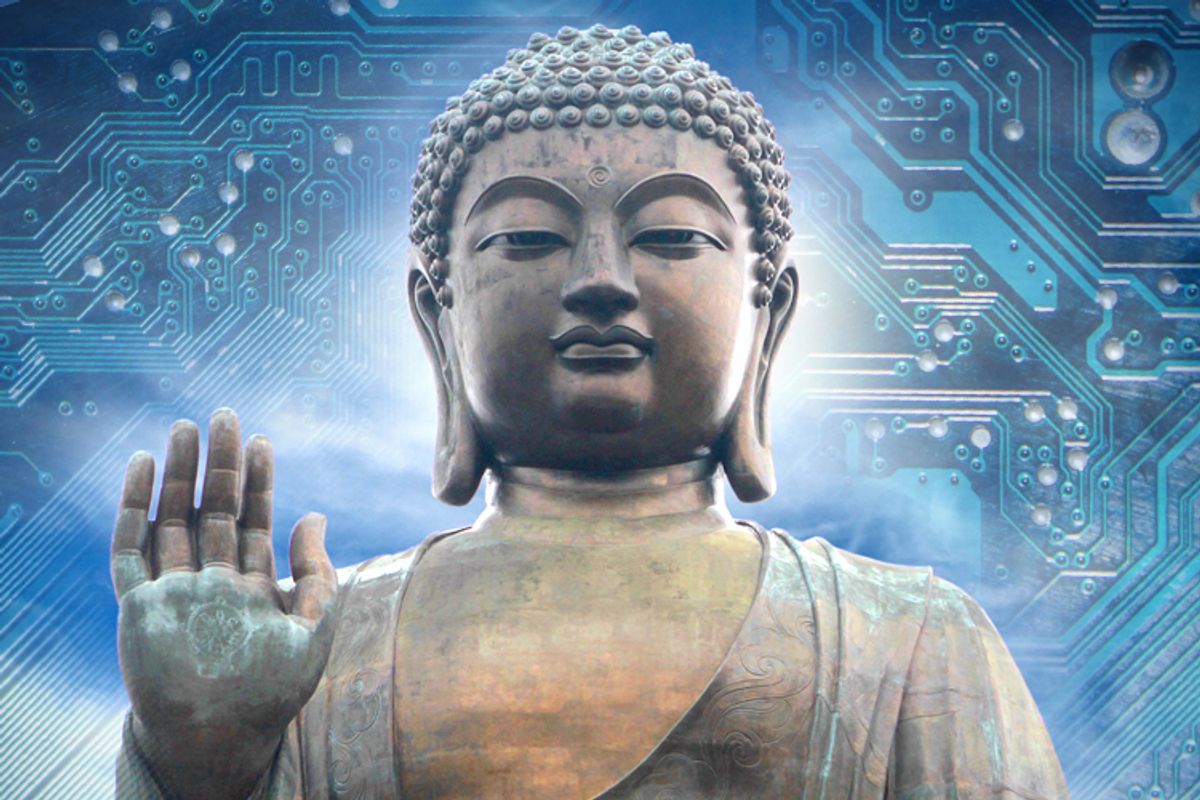 Does the Dalai Lama have a position on Facebook?

That's just one of the questions my mind wandered to after reading Noah Shachtman's terrific new Wired story on meditation, enlightenment and Silicon Valley: "Enlightenment Engineers: Meditation and mindfulness are the new rage in Silicon Valley. And it's not just about inner peace -- it's about getting ahead."

Shachtman's story is alternately hilarious, insightful and kind of icky. The notion that smart Valley software engineers might find value in Buddhist meditation techniques makes total sense. Contemporary life is full of distractions (many of which are created, as Shachtman observes, by the very companies that are now supporting their employees in their quests for enlightenment.) If the Four Noble Truths can help us better navigate the bewildering clutter that that threatens to dissolve every work day into chaos, then why not embrace them? If there's an app for that, I want it.

The Dalai Lama is probably chuckling about all this. But not all of us are so, uh, enlightened. For those who haven't evolved beyond a propensity to be disgusted at how everything becomes grist for the technocapitalist maw, the spectacle of Silicon Valley players gathering at conferences with names like Wisdom 2.0 and Buddhist Geeks -- "Where Dharma and Technology Meet" -- and trading tips on how to boost corporate productivity is nauseating. If the way that is the true way cannot be spoken, then there is zero chance we will hear it in a keynote at a conference that costs $1000 a ticket.