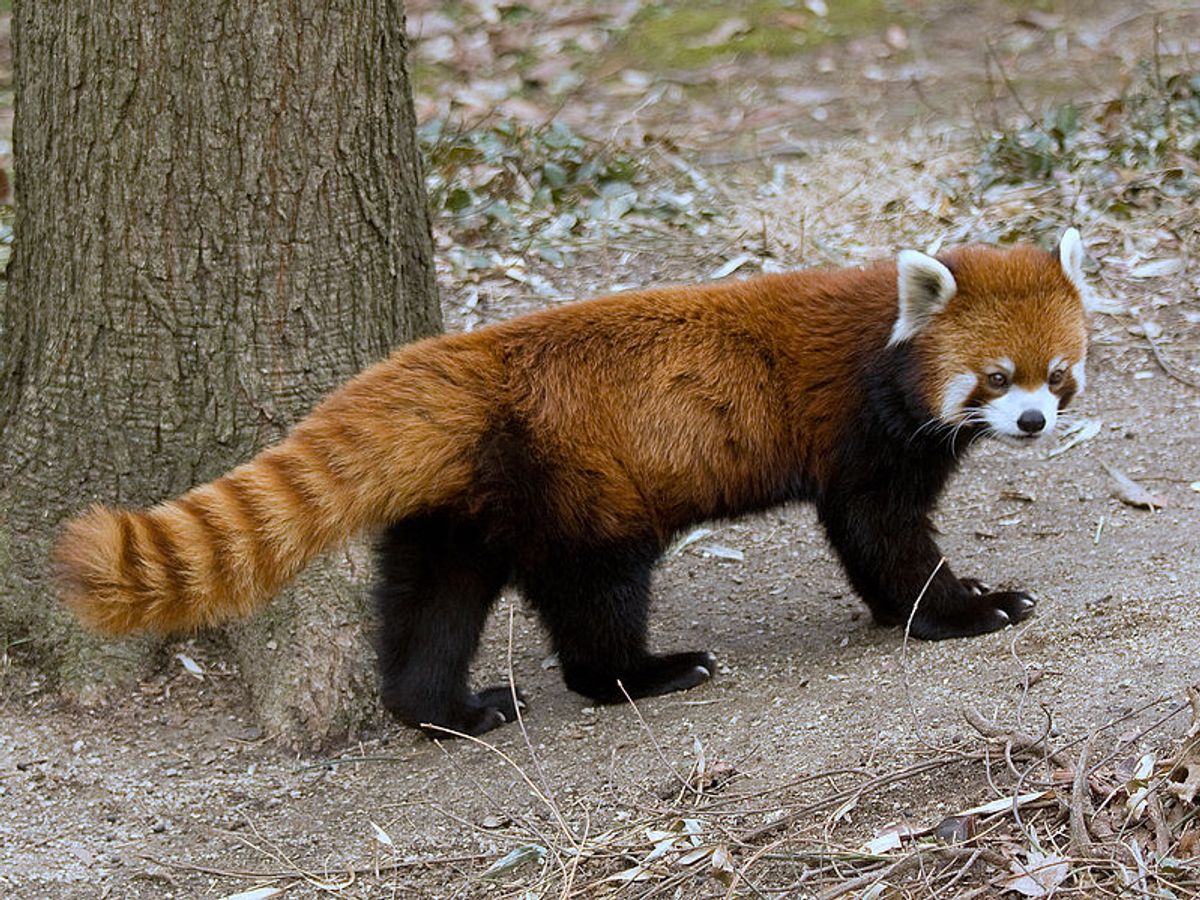 The National Zoo in D.C. sounded a "code green" after Rusty the red panda, a tree-dwelling animal resembling a raccoon, escaped earlier today.

The critter, which like giant pandas is native to China, was spotted:

... crossing 20th Street NW near the Duke Ellington Memorial Bridge, she says in a phone interview, and saw him scurry to a rowhouse at 20th and Biltmore streets. [A bystander]  then called in the sighting to the National Zoo—and tweeted a couple of photos for good measure. "We’re hoping he stays there until they make it,” she says. (That location is a little less than a mile from the zoo's main entrance if you stick to city streets, but it's not clear what route Rusty might have taken.)

Rusty was apprehended in the neighborhood of Adams Morgan, previously known as the stomping grounds of drunk interns and Washington's skinny jeans contingent.