How Snowden's Aeroflot flight is like the Rihanna plane

Snowden's evading the press with flight antics. So was a pop star who needs the press to survive 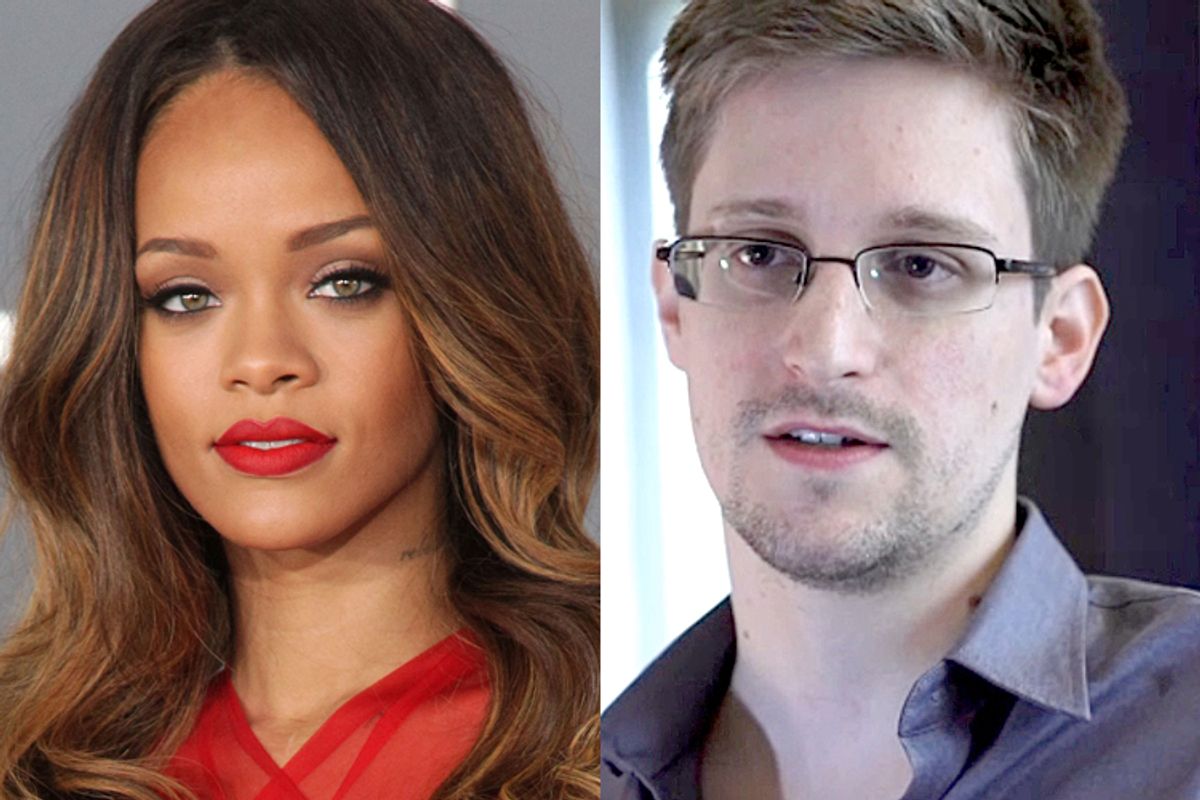 The hubbub over Edward Snowden's flight to nowhere -- the Aeroflot flight from Moscow to Havana that the NSA leaker was purported to be on, leaving eager journalists in the lurch when he didn't materialize -- may seem, to pop music fans, a little familiar.

While journalists cool their heels somewhere tens of thousands of feet above the earth (they nabbed a shot of Snowden's empty chair) and WikiLeaks omnipotent being Julian Assange claims Snowden is safe, somewhere, the pop journalists who traveled on the "Rihanna plane" last fall are likely shuddering with recognition. The pop singer Rihanna commissioned a jet in 2012 to launch a seven-day world tour of seven cities, with some 150 music writers on board.

It was, predictably, disastrous, with early limited access (and free cognac!) devolving into a complete press blackout and unsanitary, sleep-deprived conditions on board, as described in this New York magazine dispatch; Rihanna actively avoided the journalists she or her record label had invited along, sticking to the cordoned-off front of the plane. Those who'd sought to grab a great, if  not exactly exclusive, story found themselves moldering in coach class for days on end, while those stuck on land speculated endlessly about what, exactly, was happening between the Toronto and Stockholm stops.

The fact that many journalists are currently circling the globe in pursuit of a leaker who's perpetually one step ahead of them says little about them -- they're doing their (exhausting) job, and are evidently good at it, if there were a seat booked for Snowden. It says a great deal about the level of contempt for the public inherent in the pop world, though, that the most extraordinary news event of the year finds its pop-world analogue in an instance of record promo; that Edward Snowden, with legitimate reason to avoid the press and preserve his personal security, behaved a great deal like Rihanna, who depends on the press's attention to continue her career.