Hoinsky's remorse is muted in an interview with the Awl, but is full strength in a Monday video apology 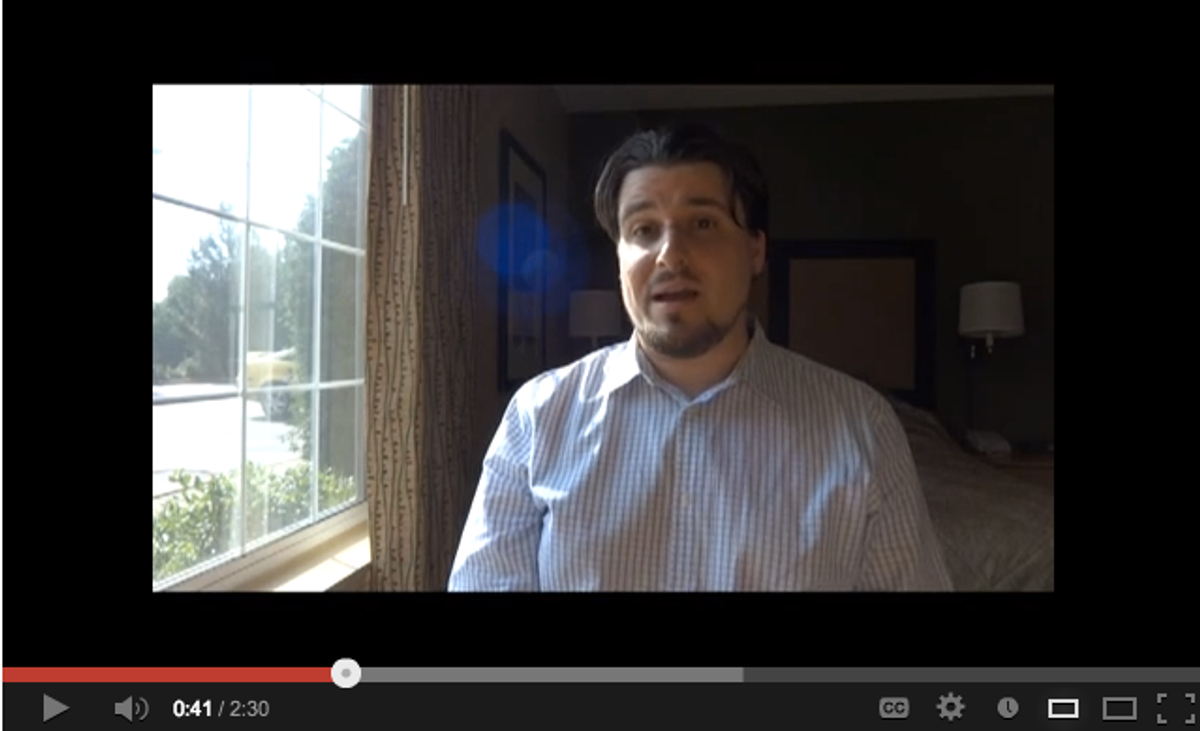 In a Monday interview with the Awl's Maria Bustillos, pickup artist and would-be self-help author Ken Hoinsky responded to criticism that excerpts from his book "Above the Game" promote sexual assault by claiming that he did not think his book advocated violence against women, which he says is an issue he does not "take lightly."

In a reveal that will surprise precisely no one, Hoinsky is very concerned by accusations that his book promotes sexual violence. "When someone accuses me of encouraging violence against women, or says something like, 'somebody is going to use this guide to rape a woman,' those are not allegations that I take lightly," he says. "In the intention of anything that I've written, there is nothing that encourages violence against women, that's absurd; I would never ever do that, that goes against every value that I have."

It's easy enough to believe that Hoinsky did not set out to write a how-to guide on forcing women into sex, but his political and cultural blindspots enabled him to publish advice that instructs men to "continue to try to escalate physically until she makes it genuinely clear that it's not happening" (defined by Hoinsky as shouting "STOP," or "GET AWAY FROM ME") without an ounce of critical self-reflection. Until, that is, feminists made him think about it.

Interestingly, Hoinsky is more willing to acknowledge which parts of his guide endorsed predatory behavior than Bustillos, who calls outrage ("hysteria" from the "Internet vice squad") over Hoinsky's advice ("Grab her hand, and put it right on your dick") unwarranted by a project without a "misogynist syllable" to be found among its many "interesting and valuable observations."

In fact, Hoinsky admits to Bustillos that his guide "had some flaws in it" and concedes that some of the criticism is valid: "I don't want to just completely write it off and say okay, that was just sensationalism and overreaction, and there might not be any point there. I want to figure out what the point is, and how do I correct that. I do want to understand why people might interpret me that way," he says. Adding, "I regret saying, 'force her to rebuff your advances' I regret the wording that I used."

Far from "shutting someone up," as Bustillos accuses, Hoinsky's critics inspired a conversation that yielded positive changes in his approach, a fact Hoinsky makes explicit in a YouTube apology he released on Monday. In it, Hoinsky apologizes and announces a new partnership with anti-sexual assault groups which, he says, will help him to go through his book manuscript to ensure it doesn't promote behavior that could lead to assault.

Like Salon has previously noted, no one told Hoinsky that he couldn't help men build their confidence and talk to women with the singular goal of having sex with them. (Remember: Women like sex! Even casual sex!) But doing so at the expense of women's autonomy and safety is not a guide to getting "awesome" with women, it's a problem, which, thankfully, Hoinsky finally seems to understand.