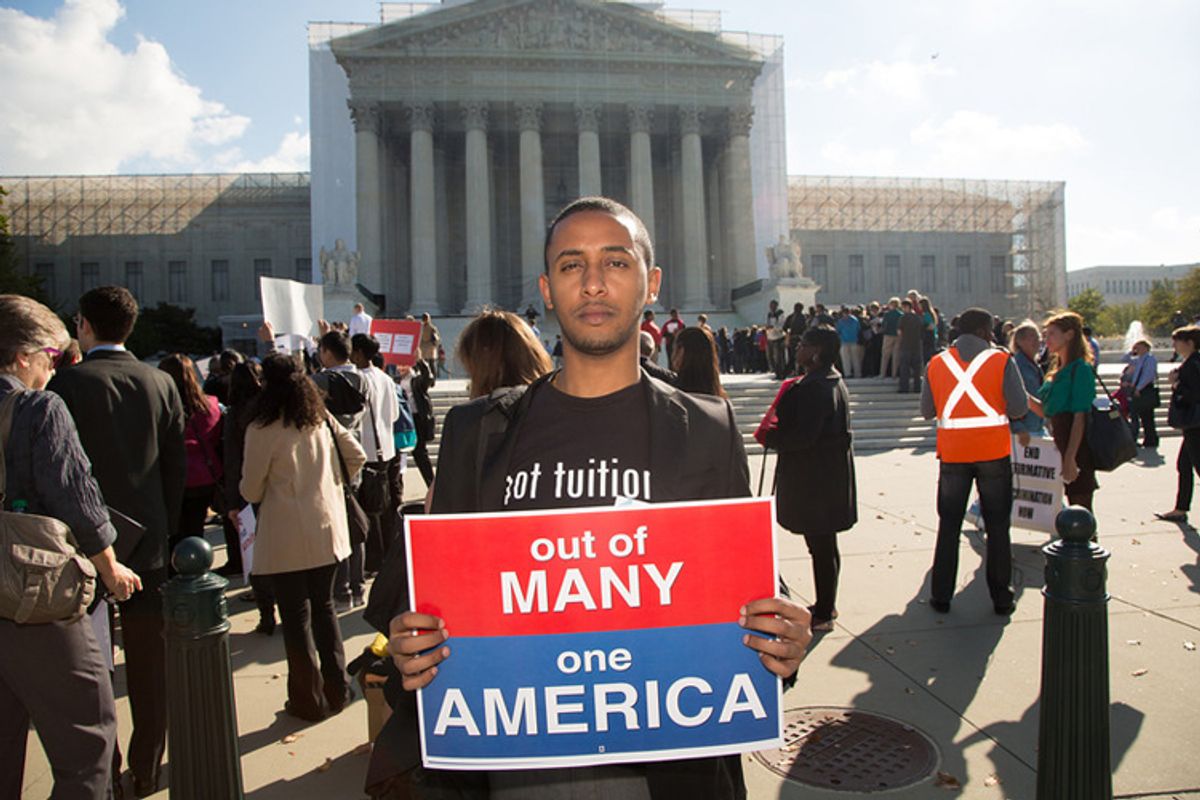 When our Founding Fathers declared that “all men are created equal,” there were some glaring omissions in what they considered to be self-evident. Women, for instance, were not included in the opening line of the Declaration of Independence.  Neither were African Americans, who were decidedly declared less-than-equal at our nation’s inception. Since then, we have struggled to erase the deep scars of discrimination’s past and blaze a future that achieves our ideals of inclusion and equal opportunity for all.

If there is one thing to take away from the Supreme Court’s narrow ruling in Fisher vs. University of Texas, it is that the Court still believes that promoting racial diversity in higher education is a “compelling interest” that justifies affirmative action. The Court previously ruled in Bakke that redressing past discrimination could not count as such a compelling interest, a sentiment the Court unfortunately reinforced in the Fisher ruling. But the Court affirmed in Fisher that there is “one compelling interest that could justify the consideration of race: the interest in the educational benefits that flow from a diverse student body. “

Of course, the reason universities do not automatically represent the full diversity of our population is because of the history of past discrimination which means that, in general, white kids start several rungs higher than kids of color on the ladder of opportunity. It would be nice to see the Supreme Court reverse its previously narrow rulings in this regard and give legislators and educators open access to the full range of tools possible to fix the structural inequities that their predecessors baked into admissions and society in general. Of course, it would also be nice to see Justice Scalia marry Justice Thomas, but that’s not happening anytime soon, either.

Instead, on one of the most profound and important issues of our day, the Supreme Court remanded the substance of the case back to the Fifth Circuit. Or, as Karen Tumulty of the Washington Post asked on Twitter following the ruling, “Is remanding the same as punting?” Ostensibly, yes. We had to wait until the last day of SCOTUS decisions for this 7-1 punting ruling, which likely means the justices fought over a more decisive ruling and settled on this. A hint of what might have been lies in Justice Ginsburg’s wonderful dissent.  She writes:

I have several times explained why government actors, including state universities, need not be blind to the lingering effects of ‘an overtly discriminatory past,’ the legacy of ‘centuries of law-sanctioned inequality.’

Justice Ginsburg argues that programs which seek to create racial diversity are, yes, race conscious. And that’s a good thing. In fact, Justice Ginsburg writes that anyone who thinks there are supposedly neutral, race unconscious alternatives must be an ostrich. Which makes anyone who thinks we no longer need to actively pursue diversity in our society a blind and ignorant ostrich (or a Republican).

It is unclear what the Fifth Circuit will do in reconsidering Fisher. What is clear is that the Supreme Court has affirmed its previous rulings, consistent with the history and values and law of our nation, that the quest to treat all people as equal can and must be an active and affirmative pursuit. For, unfortunately, the only thing self-evident about our nation today is the persistent inequality between the few at the top and the many -- an inequality too often defined by race and ethnicity as well as gender, class and sexual orientation. Hopefully, the remedies to inequality, especially affirmative action, will remain equally self-evident.