Jodie Laubenberg thinks rape kits are the same thing as abortions, says they allow women to "get cleaned out" 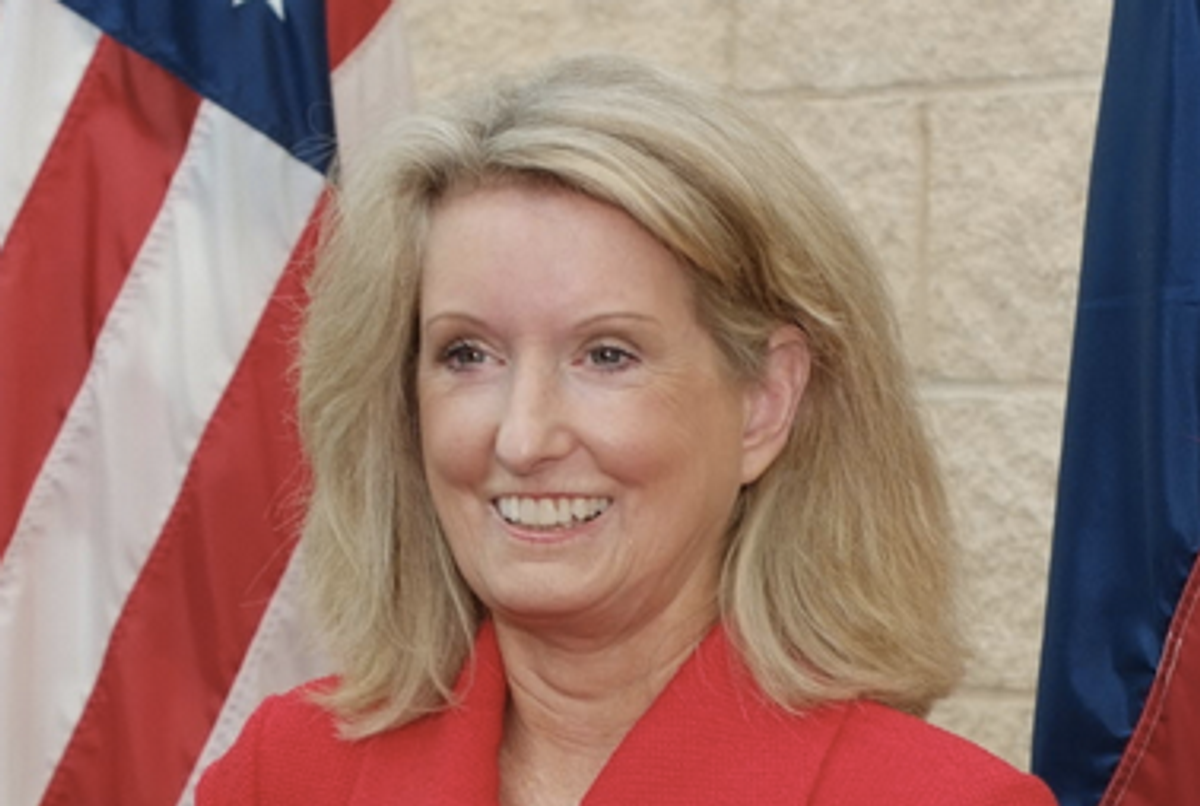 Leaflets printed with Bible verses littered the desks of Texas lawmakers early Monday as House Republicans voted to approve a sweeping abortion measure that, if passed, would shutter 37 of the state's 42 abortion clinics.

Senate bill 5 aims to ban abortion after 20 weeks, force clinic doctors to hold admitting privileges at nearby hospitals and restrict abortions to surgical centers, measures that opponents say will virtually outlaw the procedure in the state and deny thousands of women vital medical care.

“If this passes, abortion would be virtually banned in the state of Texas, and many women could be forced to resort to dangerous and unsafe measures,” Cecile Richards, president of Planned Parenthood Action Fund, said in a statement. The Texas Medical Association, the Texas Hospital Association and the American Congress of Obstetricians and Gynecologists also oppose the measure.

Hundreds of protesters filled the Capitol building on Sunday to voice their opposition to the measure, while House Democrats tried to delay the vote by drawing out the debate and adding amendments to alter the bill.

As reported by Chris Tomlinson at the Associated Press, one such amendment would have called for an exemption to the ban in cases of rape and incest; state Rep. Jodie Laubenberg, R-Parker, felt such an exception was unnecessary because “in the emergency room they have what’s called rape kits where a woman can get cleaned out,” she said, incorrectly comparing the procedure to collect physical evidence after a sexual assault to an abortion. “The woman had five months to make that decision, at this point we are looking at a baby that is very far along in its development.”

Following the exchange, Laubenberg, who is also the bill's sponsor and a member of the state's public health committee, rejected all proposed changes to the measure. House Republicans then forced a vote. The measure passed 97-33.

Senate Democrats said they will try to stage a filibuster until the special legislative session ends at midnight Tuesday night.