This pretty much kills the IRS scandal 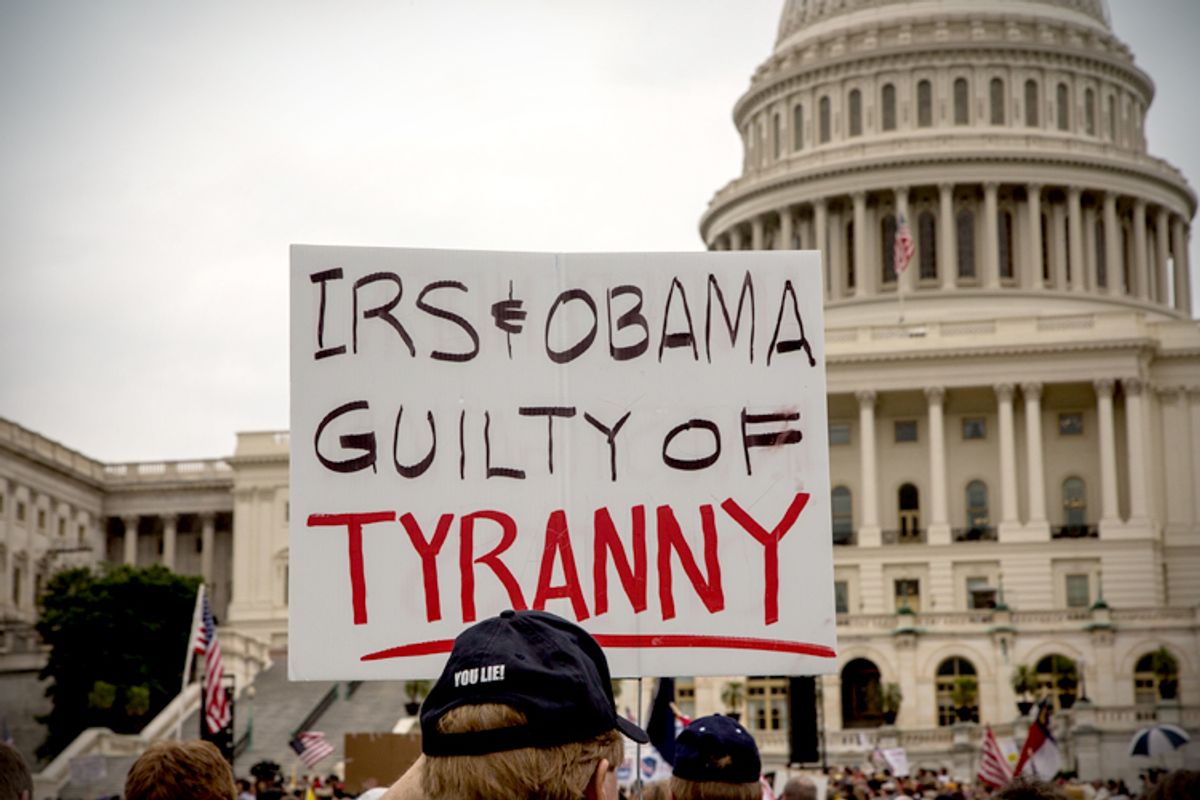 Remember the IRS scandal? How the tax agency improperly singled out Tea Party groups for extra scrutiny in a nefarious political vendetta against conservatives because the agency is either inherently liberal or was acting on orders from the Democratic President? Remember how it cost even Mitt Romney the election?

Well, as it turns out, that whole scandal is entirely bogus. False. A fiction. The entire notion that the agency singled out groups with "Tea Party" in their name in simply wrong, we learn today, thanks to new documents revealed by the Associated Press. The documents, and confirmation from officials, show the IRS targeted groups with other keywords in their names, including "Progressive” and “Occupy.”

“There was a wide-ranging set of categories and cases that spanned a broad spectrum” on the lists, newly appointed IRS Commissioner Danny Werfel said on a conference call with reporters.

So the IRS was targeting Tea Party groups, but it was also targeting progressive groups, which means it wasn't really singling out anyone. And remember the only group actually denied tax-exempt status was a progressive one.

This should put this matter to bed forever. All along, everyone agreed that the problem with the IRS' behavior was that the agency seemed to be giving extra scrutiny to groups of one political affiliation, and not the other. Now we know that it targeted groups on both sides.

The IRS still considers some of the criteria “inappropriate," but this seems to deescalate the controversy to an wonky internal agency matter, rather than a national political scandal.