Why shouldn't David Gregory be charged with a crime?

The NBC host thinks Glenn Greenwald may be a criminal. Here are 10 items to ponder about this gross double standard 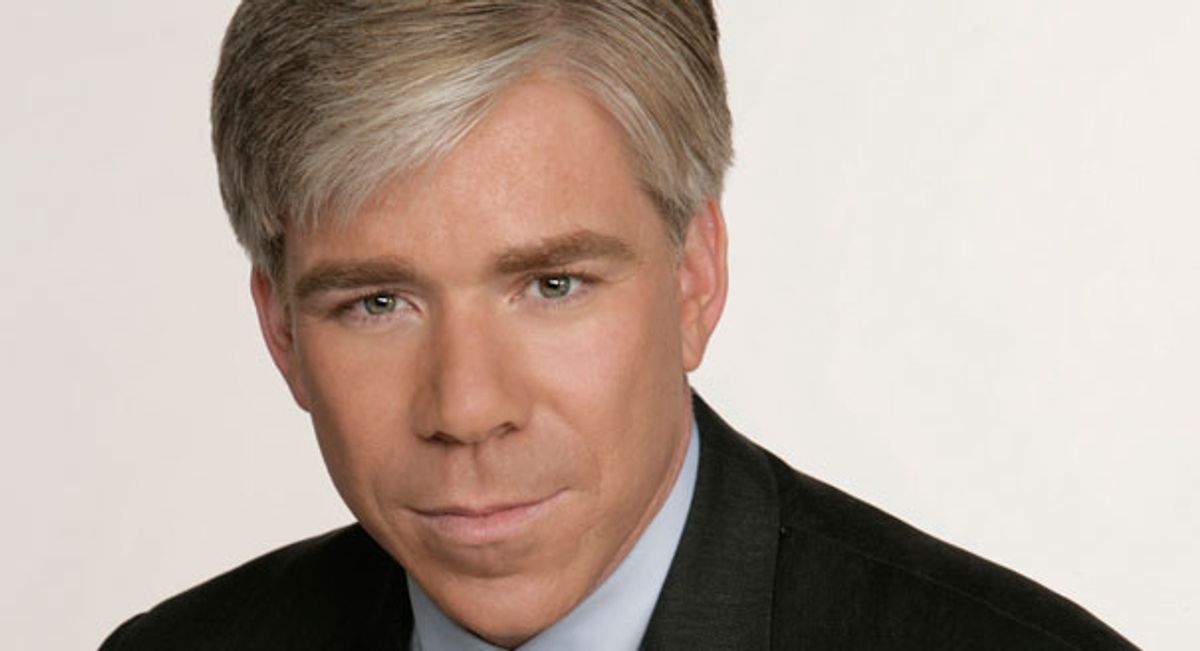 Two weeks into the hullabaloo surrounding whistle-blower Edward Snowden and Guardian reporter Glenn Greenwald, one thing is clear: They did not just reveal potentially serious crimes perpetrated by the government -- including possible perjury, unlawful spying and unconstitutional surveillance. They also laid bare in historic fashion the powerful double standards that now define most U.S. media coverage of the American government -- the kind that portray those who challenge power as criminals, and those who worship it as heroes deserving legal immunity. Indeed, after "Meet the Press" host David Gregory's instantly notorious performance yesterday, it is clear Snowden's revelations so brazenly exposed these double standards that it will be difficult for the Washington press corps to ever successfully hide them again.

The best way to see these double standards is to ponder 10 simple questions.

1. During that "Meet the Press" discussion yesterday of Greenwald publishing stories about Snowden's disclosures, Gregory asked Greenwald, "Why shouldn't you, Mr. Greenwald, be charged with a crime?" Beyond the odiousness of a supposed journalist like Gregory seeming to endorse criminal charges against journalists for the alleged crime of committing journalism, there's an even more poignant question suggested by Mother Jones' David Corn: Why hasn't David Gregory asked reporters at the Washington Post, the Associated Press and Bloomberg News the same question, considering their publication of similar leaks? Is it because Greenwald is seen as representing a form of journalism too adversarial toward the government, while those establishment outlets are still held in Good Standing by Washington?

2. Trevor Timm of the Freedom of the Press Foundation asks a question that probably won't be asked of Gregory: Should Gregory himself be prosecuted? After all, as Trimm notes, "when interviewing Greenwald, he repeated what government officials told him about classified FISA opinions." So will anyone of Gregory's stature in Washington go on national television and ask if Gregory should now be charged with a crime?

3. Later during the "Meet the Press'" discussion of Greenwald's reporting, NBC's Chuck Todd demanded to know, "How much was (Greenwald) involved in the plot? ... What was his role -- did he have a role beyond simply being a receiver of this information? And is he going to have to answer those questions?" Why did Todd not ask that same question of reporters at the Washington Post, the Associated Press and Bloomberg News? Again, is it because Greenwald is seen as representing a form of journalism too adversarial toward the government, while those establishment outlets are still held in Good Standing by Washington?

4. A year ago, the New York Times' Jo Becker and Scott Shane published a hagiographic article about President Obama's so-called kill list. This article was based on selective -- and potentially illegal -- leaks of classified information by White House officials. Likewise, a recent draft inspector general report documented then-CIA Director Leon Panetta's possibly illegal release of top secret information to filmmaker Mark Boal for his Obama-worshiping film, "Zero Dark Thirty." Why haven't Gregory or the Washington press asked whether the Becker, Shane and Boal "should be charged with a crime" for doing what Greenwald did by publishing that secret information?

5. In light of the Obama administration's decision to prosecute Snowden and other whistle-blowers for leaking, why haven't Gregory or other reporters asked the Obama administration whether similar prosecutions will soon be forthcoming against the leakers who were the sources of the New York Times "kill list" story and "Zero Dark Thirty"?

6. After an appearance on ABC's "This Week," former Obama aide and corporate raider Steve Rattner took to Twitter and accused Snowden of being "a criminal, not a whistle-blower." Such outraged accusations of criminality are more than a bit rich coming from a guy fined by the SEC and banned from the securities industry for pay-to-play crimes. But on top of that, there's this question: Why didn't Rattner accuse aforementioned Obama officials who similarly leaked classified info of being criminals, too?

7. The Obama administration's Department of Justice prosecuted major league pitcher Roger Clemens of perjury before Congress. It was precisely the same kind of perjury that Snowden's disclosures showed that National Intelligence head James Clapper and NSA chief Keith Alexander engaged in during their sworn testimony before Congress. Why haven't Washington reporters bothered to ask the administration if it will prosecute Clapper and Alexander on the same charges that the administration aimed at Clemens?

8. On top of exposing Clapper and Alexander's possible perjury, we also know that according to the New York Times, the NSA "intercepted private e-mail messages and phone calls of Americans in recent months on a scale that went beyond the broad legal limits established by Congress.” Additionally, we now know that the Foreign Intelligence Surveillance Court has ruled that at least some of the NSA's surveillance programs are illegal. In light of that, why do many media outlets still somehow portray the NSA surveillance programs as perfectly legal?

9. Snowden's decision to flee the United States has often been depicted as an act of treason unto itself. The idea is that whereas Daniel Ellsberg was a hero for blowing the whistle and remaining in the United States, Snowden is a coward for blowing the whistle and fleeing. Left largely unmentioned is the big change between the time of Ellsberg's disclosures and today: This White House is waging an unprecedented campaign to criminalize whistle-blowing; it sometimes tortures whistle-blowers; and it claims the right to extra-judicially assassinate American citizens who criticize the government but haven't even been formally charged for a single crime. In light of this, why have most media outlets not bothered to even ask whether Snowden's location outside the United States is, unto itself, a response to these troubling changes in U.S. government policy?

10. And finally, perhaps the most damning question of all: Why are so many media outlets far more interested in the minute details of Edward Snowden's life and location than in the potential crimes against millions of Americans that he exposed?