Windows 8.1 will be released to the general public later in the year 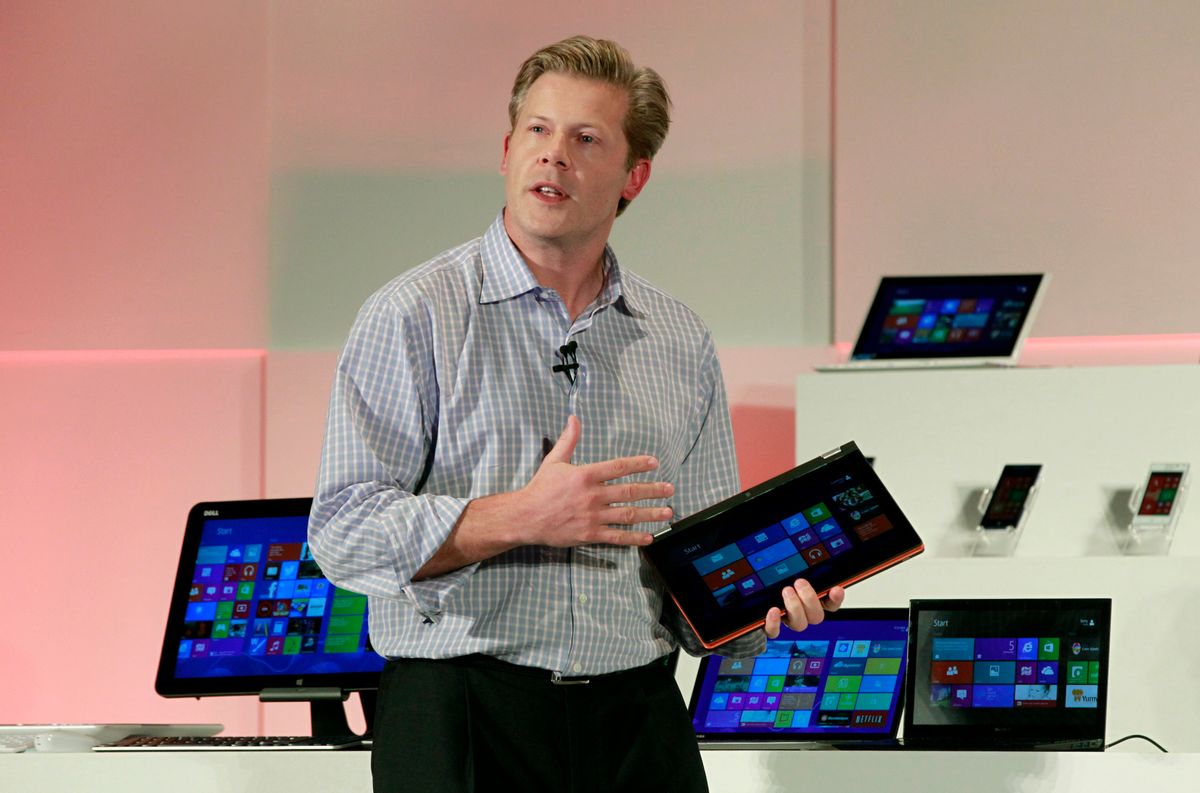 Microsoft will use its annual developers conference to release a preview of Windows 8.1, a free update that promises to address some of the gripes people have with the latest version of the company's flagship operating system.

Many of the new features have been shown off already. The Build conference, which starts Wednesday in San Francisco, will give Microsoft's partners and other technology developers a chance to learn more about the new system and try it out. It also will give the company a chance to explain some of the reasoning behind the update and sell developers on Microsoft's ambitions to regain relevance lost to Apple's iPad and various devices running Google's Android software.

There's also speculation that Microsoft could show off a new, smaller version of its Surface tablet computers. One of the new features in Windows 8.1 is the ability to work well on smaller-screen devices.

Windows 8.1 will be available as a preview starting Wednesday for anyone to download. It will be released to the general public later in the year, though a specific date hasn't been announced.

Windows 8, which was released in October, was meant to be Microsoft's answer to changing customer behaviors and the rise of tablet computers. The operating system emphasizes touch controls over the mouse and the keyboard, which had been the main way people have interacted with their personal computers since the 1980s.

But some people have been put off by the radical makeover.

Although Microsoft has said it has sold more than 100 million Windows 8 licenses so far, some analysts have blamed the lackluster response to the operating system for a steep drop in PC sales in the first three months of the year, the worst drop since tracking by outside research firms began in 1994.

Among the complaints: the lack of a Start button on the lower left corner of the screen. In previous versions of Windows, that button gave people quick access to programs, settings and other tasks. Microsoft replaced that with a tablet-style, full-screen start page, but that covered up whatever programs people were working on, and it had only favorite programs. Extra steps were needed to access less-used programs. Settings, a search box and other functions were hidden away in a menu that had to be pulled out from the right. How to do that changed depending on whether a mouse or touch was used.

And while Microsoft has encouraged people to use the new tablet-style layout, many programs - including Microsoft's latest Office software package - are designed for the older, desktop mode. People were forced into the tablet layout when they start up the machine and had to manually switch the desktop mode each time.

Windows 8.1 will allow people to start in the desktop mode automatically. In that mode, it is restoring a button that resembles the old Start button. Although the Start button will now take people back to the new tablet-style start screen, rather than the old Start menu, the re-introduction of the familiar button may make it easier for longtime Windows users to get accustomed to the changes.

Other new features of Windows 8.1 include more options to use multiple apps. People will get more options to determine how much of the screen each app takes while showing up to four different programs, rather than just two. The update will also offer more integrated search results, showing users previews of websites, apps and documents that are on the device, all at once.

Although Microsoft is addressing much of the criticisms with Windows, it is positioning the update as more than just a fix-up job. From its perspective, the tuneup underscores Microsoft's evolution into a more nimble company capable of moving quickly to respond to customer feedback while also rolling out more innovations for a myriad of Windows devices - smartphones, tablets or PCs.

It's crucial that Microsoft sets things right with Windows 8.1 because the outlook for the PC market keeps getting gloomier. IDC now expects PC shipments to fall by nearly 8 percent this year, worse than its previous forecast of a 1 percent dip. IDC also anticipates tablets will outsell laptop computers for the first time this year.

The growing popularity of tablets is now being driven largely by less expensive devices with display screens measuring 7 inches to 8 inches diagonally. Microsoft built Windows 8 primarily to run on tablets with 10-inch to 12-inch screens, an oversight that Microsoft is also trying to fix with Windows 8.1.

Microsoft has said the company was working with other manufacturers to make smaller tablets, but it has yet to confirm reports that it is making its own. A smaller Surface with an 8-inch screen would be significantly smaller than its current, 10.6-inch models and would put the Surface in closer competition with Apple's iPad Mini, Google's Nexus 7 and Amazon's Kindle Fire HD.

Such a device would coincide with Intel Corp.'s recent release of a new chip line called Haswell. The company says Haswell chips offer a 50 percent improvement in battery life over the previous generation when playing back high-definition video.

In an indication that Microsoft Corp. is clearing out inventory of a Surface tablet running the lightweight Windows RT operating system, the company is effectively cutting the price of that by including a keyboard cover for free. The cover sells for $120 or $130 on its own.

Microsoft also said this month that it would give buyers of the RT version of Surface the Outlook email and calendar program at no extra charge - joining other Office freebies Excel, Word and Power Point - and sweetening the offer for the device that is priced starting at $499. That will come as part of the Windows 8.1 update.