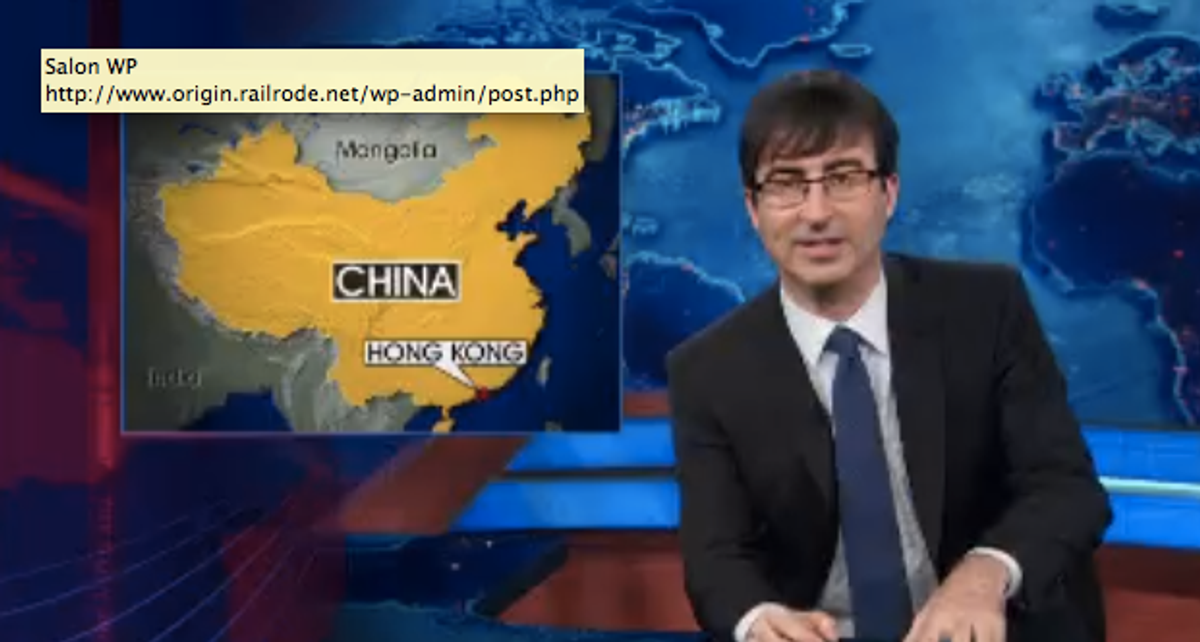 The whereabouts of Edward Snowden, the "NSA contractor/hero/villain/revealer of all our nation's secrets," as "The Daily Show" interim host John Oliver aptly notes, are unknown.

Snowden left Hong Kong earlier this week, where he had been staying in "a safe place" when he was charged with espionage by the US government. Snowden then reportedly flew to Moscow, and from Moscow to Havana, Cuba. But when journalists boarded a flight they suspected that he was on, there was no Snowden. The media then reported on the fact that Snowden was nowhere to be seen. "They were literally reporting on nothing," joked Oliver.

"Stop guessing," where he is, exclaims Oliver. "News is not a game show!"