The nuts are back with another huge scandal: Advertising on Obamacare during football games will ruin America 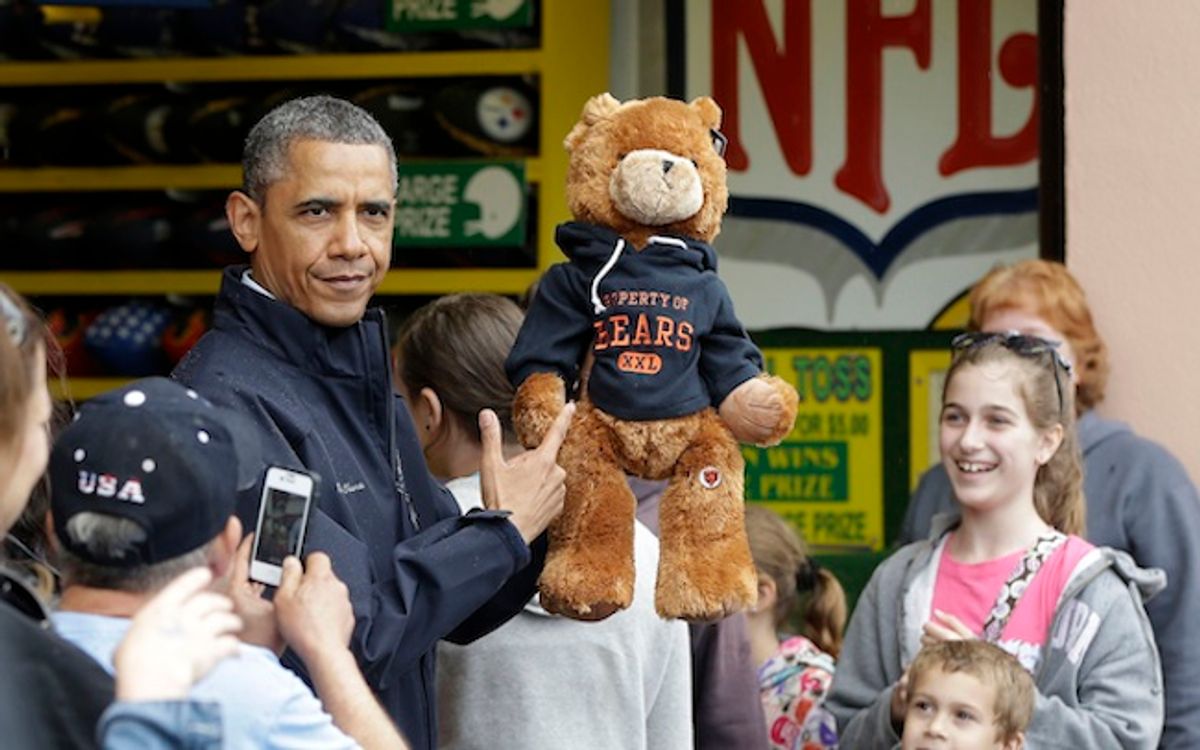 It's just one scandal after another with this administration. Did you see that it is now trying to destroy the NFL? This is what's happening, according to certain quarters of the Internet. Here's the skinny: The Health and Human Services department is "in talks with the National Football League to promote [Obamacare]’s insurance marketplaces that begin enrolling people Oct 1." Who knows how deep this corruption goes -- HHS Secretary Kathleen Sebelius also "said the administration is also talking to other major sports franchises about improving public awareness of the Obamacare online insurance exchanges."

Kaiser Health's story also notes that during the media push for Massachusetts' similar healthcare law, "the campaign was advertised during Red Sox games at Fenway Park. That marketing is widely credited with helping build public acceptance." Once again in the healthcare field, the federal government is just following Mitt Romney's lead.

Conservative media outlets are getting upset at this co-opting of America's favorite sports franchises, coerced to do the dirty work of promoting the most evil law in the history of the universe. Perhaps this top comment, on the Hill's story, left by one "MR FOOTBALL," epitomizes the attitude: "Goodbye NFL!" MR FOOTBALL's presumably got all sorts of things goin' on and with football, he can take it or leave it.

We'll see if this deal comes to fruition. It may turn out that the NFL's rates are too high to justify the expenditure. And not everywhere in the country is like Massachusetts, where Red Sox players can order any person in the state to do anything -- fix up a pre-game cheese plate for them, enroll in subsidized health insurance plans, whatever -- at any time.

But as a means of reaching the largest available audience in September to inform them of major new law changes about to go into effect, advertising during NFL games is obviously the first choice that comes to mind. "Sunday Night Football," for example, is easily the highest-rated program on television every week during the season.

For those who hate Obamacare, sure, seeing ads about it during football games might be annoying. But here's the thing: Get over it? You're gonna have to get over it, sorry. Because it is, in fact, a law that's on the books, that has withstood Supreme Court challenges and the last presidential election. That's not saying it's popular yet, but it's being implemented, and the bulk of that implementation begins this fall and into next year.

We know, we know, that sucks, you don't like that. But again, this is where the "get over it" thing comes into play. Since this federal law, which is on the books, is going to be implemented soon, the American people should know about that. Many still do not know how Obamacare works. They do not know how the insurance exchanges, going into effect Oct. 1, work, or that they even exist. It is not just the Obama administration's "political" mind-set that's making HHS consider advertising and marketing campaigns. One might say it's the obligation of the federal government to build as much awareness over these significant law changes, love them or hate them, as possible, before and while they're going into effect.

Why, then, would people not want others to be informed of these significant law changes just down the road? Because they want Obamacare to be a failure, and still consider the legislation in limbo -- that there's a reasonable chance it will still be repealed entirely within the near future. That's what this all comes back to: the refusal to believe that this is actually going to happen. And perhaps if the public remains uninformed about what the bill does, and doesn't participate, the math will fall apart, chaos will ensue and the law will have to be frozen and amended or repealed one way or another.

The effort on the right to "deal" with Obamacare, from battles over provisions and funding in Congress to conservatives across the country pounding their chests and saying they won't abide by it, is one of sabotage and erasure -- not acceptance followed by negotiated reform. And so long as that attitude prevails, there's going to be a lot of irrational rage directed at sort of necessary marketing campaigns.