Sex, Spider-Man and the hubris of being a writer 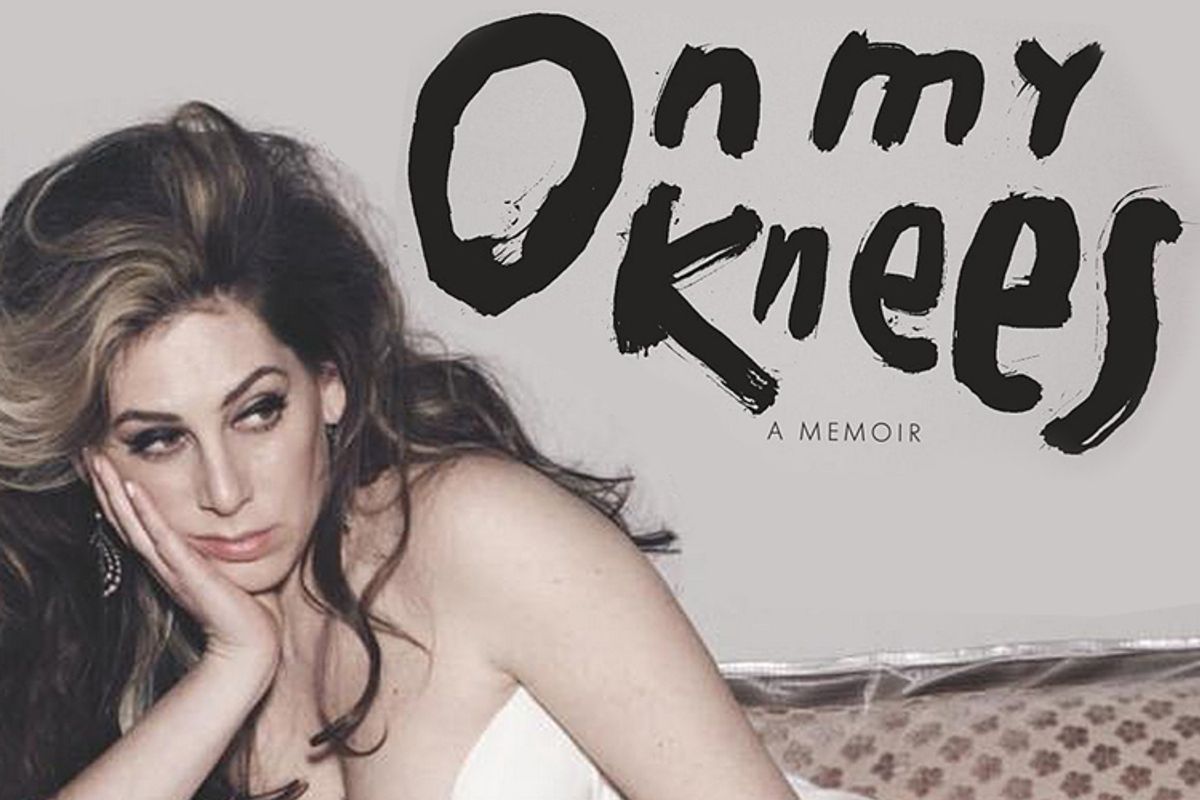 Sarah Bruni, Adelle Waldman, Alissa Nutting and Periel Aschenbrand are the authors of four hot summer reads — three debut novels and a memoir. "The Night Gwen Stacy Died," by Bruni, is a strange love story about an Iowa teenager and a man who calls himself Peter Parker and her Gwen Stacy (Spider-Man’s girlfriend). Waldman’s "The Love Affairs of Nathaniel P." chronicles the romantic misadventures and status anxieties of the titular protagonist, an up-and-coming writer in Brooklyn. "Tampa," Nutting’s second work of fiction, is a ripped-from-the-tabloids tale of a female teacher’s seduction of her young male student. And Aschenbrand’s memoir "On My Knees" is — well, just read it. I interviewed them as a group with a number of verbal restrictions on some of their answers:

Waldman: Life as an urban woman who has dated men and whose friends have dated men and who has heard many dating and relationship stories. Also, life in Brooklyn as a freelance writer. I've never had a high-status job at a magazine or worked for a literary agent or publishing house and I wasn't well-known. This meant that at literary parties people who are status-conscious never had much reason to take much notice of me. Feeling invisible can be personally disorienting, but it does allow for a pretty good vantage point for taking in an overall scene.

Bruni: The stretch of Interstate 80 between Iowa and Chicago.  Coyote migration. Comic books. Feminism. Working in a gas station as a 19-year-old.

Waldman: Happy personal life, including getting married (two years into writing the book). On the other hand: professional despair. SAT tutoring (it was more lucrative and steady work than book reviewing). Persistent feeling of embarrassment and ridiculousness that it was taking me so long to write the damn thing, that another year had gone by and kids I had tutored were graduating from high school and going on to college while I was still working on my book. Shrinking under the frequent questions: Do you have a publisher yet? An agent? Have you ever published any fiction -- short stories in journals, that sort of thing? (No, no and no, for a very long time.)

Bruni: Skipping town times three. Living out of suitcases/in small spaces. Teaching kids to write.  All the usual problems of home and health and love and money.

Aschenbrand:  I’m a total narcissist, so I don’t really care what people are saying about my book, I’m just happy they’re taking about it, and by extension, me.

Waldman: "Pulpy." Also, not a word, but a sentiment: Some people really dislike my main character. Which is fine. There's plenty to dislike. But the book is intended to be a sort of brutally honest examination of his character, with a particular emphasis on how he treats women. I wanted to explore the why and how of who he is and why his relationships play out the way they do -- not hold him up as some kind of hero. So I don't love it when people evaluate the book and the character in one breath, as if they are one and the same.

Waldman: A D.A., like on "Law & Order." Or maybe even for the federal government — a U.S. attorney. How intense would that be?

Waldman: I'd like to think I'm pretty good at psychology and interior life. But I knew next to nothing about craft when I started the book — I had spent much of my 20s reading classic novels and thinking about the content, about the characters, the ethical implications, etc., but I hadn’t been attentive to technique. This is part of the reason it took me so many years to write what is, in the end, a pretty short novel. I learned as I wrote about everything from sentences (I tend to over-explain and have to go back to cut and cut and cut) to how to dramatize shifting emotional and psychological states and relationship dynamics. I leaned that simply announcing that these shifts have occurred does not work very well.

Aschenbrand: Strong suit: I’m funny. Should get better at: I get distracted by Words With Friends a lot when I’m writing, so I wish I had a better attention span.

Nutting: Strong suit is probably humor and metaphor. But I work hard every day to keep trying to get better at everything. I could definitely be better at being less eccentric and grotesque. For now I don’t think I want to, though.

Bruni: I feel confident once I fall into the rhythm of dialogue between my characters.  I wish I were better at plotting. Also sitting down and writing each day without losing hope every 20 minutes.

Waldman: There are so many books written by men that lovingly detail their male hero's romantic and sexual exploits as he conquers the big city with his intellect. I can live with the hubris of wanting to write an alternate account of this scenario in which I examined the protagonist's treatment of women a little more skeptically.

Bruni: Equal measures of narcissism and humility seem absolutely essential to the act of opening one’s mouth to say anything at all.  Some days privileging telling stories that exist in my head over so many other ways of engaging with the world in a more meaningful way produces plenty of guilt. Other days I see storytelling as one tool for creating empathy and identification between people. Which is a small thing. But it’s something.