So much for "post-racial" America 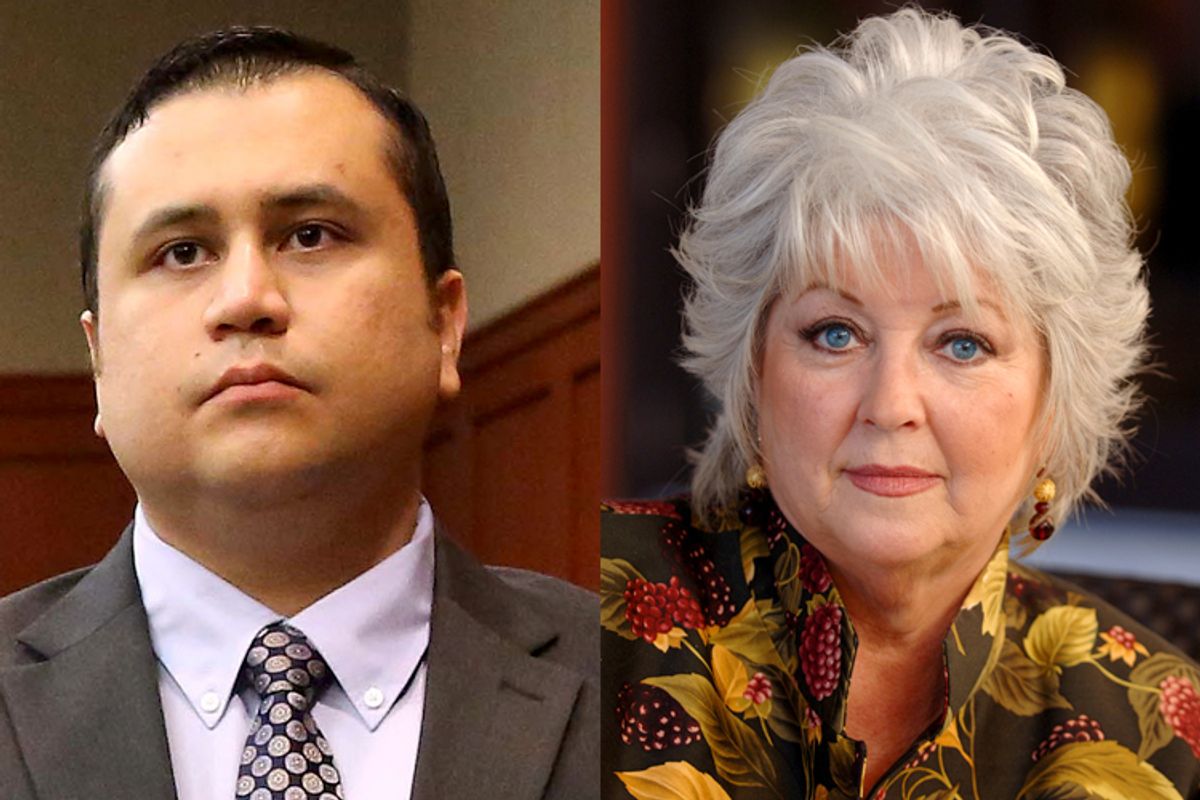 At an impromptu confab on the stoop yesterday, one of my favorite neighbors updated me on his daughter, a 27-year-old who graduated from law school with sterling grades. A year later, she is still looking for work. The family is white. I nodded my head in concern.  Like many of her peers, she feels an ominous future, where the bottom is falling out. The economy is in a terrible, indefinite convulsion, and the rules of engagement no longer hold. Things are falling apart.

Like Lauren, most Americans just want to enjoy life and get ahead. But her reasonable and innocuous fears over her future are being hijacked by conservatives to stoke larger fears: that there is a finite ability for us all to thrive together. The George Zimmerman trial, the overturning of the Voting Rights Act, Paula Dean's flare up, angry debates over citizenship in immigration reform: This week, we’re seeing any idealist’s hope of a post-racial future disappear the way of the floppy disk.

The Supreme Court just punted a decision on affirmative action, but it cannot indefinitely forestall the bracing questions driving many people’s interest in the practice. By a 7 to 1 decision, the Court allowed affirmative action to survive in college admissions, but imposed a tough legal standard on schools—“strict scrutiny”—that the policy’s long-term viability has been neutered.

“The compelling interest you identify is attaining a critical mass of minority students at the University of Texas,” Chief Justice John Roberts asked the government’s lawyer’s during arguments. “But you won’t tell me what the critical mass is.”

“What is the logical end point?” he persisted. “When will I know that you’ve reached a critical mass?”

Roberts’ remarks sound like déjà vu all over again.

How long will affirmative action be necessary, former justice Sandra Day O’Connor wondered aloud during Grutter v. Bollinger (2003). “We expect that 25 years from now the use of racial preferences will no longer be necessary,” she speculated in that case’s majority opinion.

Unlike fancy Supreme Court lawyers, or even justices, these Americans don’t need to put niceties on their questions.  And so they ask: Doesn’t a black president mean that racial discrimination has been vanquished? Can’t minority grievances finally be buried? If not, when? When will white people no longer be made to feel responsible for the deeds of our ancestors? When will white females no longer be held to higher admission standards than black males? When will racial minorities scrap race as an excuse for failure? Four years? Eight years? Fifty years? Besides, in a country where whites are becoming a minority, what exactly is a brown “critical mass”?

And speaking of racial critical masses, immigration reform idles on the Hill.  How many undocumented immigrants will be granted a path to citizenship, under what terms, and how will border security be “toughened”?

Technical questions of law and policy be damned: We’re seeing the gasps of a society frightened by the future, 2042, when the country flips from majority white to minority-majority. We’re seeing an aggressive effort to make the law colorblind in some instances (affirmative action, voting rights), but not in others (stop and frisk, racial profiling, restrictive state and local “immigration control” laws designed, proposed, and enforced solely against Latinos).

Spawned by conservative think tanks and federalist legal groups, the rash of legal challenges to affirmative action—and the obstructionism over immigration reform—comprise a conscious battle over supposedly dwindling resources, an attempt to fight for a supposedly shrinking pie.

In fact, we need to expand the pie.

Given our demographic change, any new growth model must be driven by equity—just and fair inclusion into a society in which everyone can participate and prosper. Achieving equity requires erasing racial disparities in opportunities and outcomes. Equity is not only a matter of social justice or morality: It is an economic necessity. Diversity is not a zero sum game for white men.  Raising the college graduation rate among Latinos (regardless of immigration status) to that of whites, for example, would help develop millions more employers and consumers for the entire country—all Americans—to be competitive globally.

Given this country’s history, smart affirmative action policy, and sane immigration reform, should be designed to avoid an uncompetitive American labor pool balkanized by race, and a caste system rotted by immigrant exploitation. Effective pluralism is our best economic model. Effective pluralism is our best democratic model. The University of Texas is not doing affirmative action on behalf of blacks, it’s doing affirmative action on behalf of the country. Immigration reform is not being done for Mexicans’ sake, it’s being done for us all. The current hotbed of social issues raise the stakes in our on-going struggle to perfect this democracy, this quivery economy, and the common good.

This may sound like small consolation to Lauren’s present job search, but should prove big comfort to the future economy and society in which she will raise her kids.