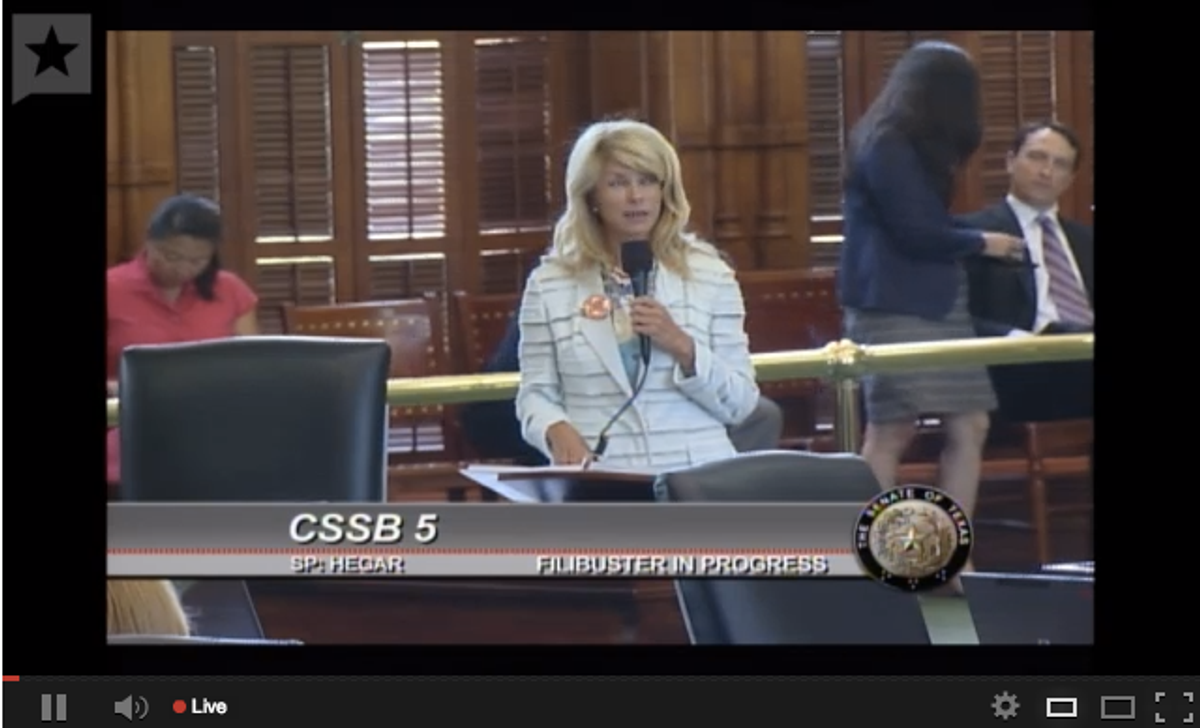 State Sen. Wendy Davis, D-Fort Worth, has kicked off a 13-hour marathon filibuster to stop a controversial and highly restrictive abortion ban from reaching the governor's desk before midnight Tuesday, the deadline for the 30-day special legislative session.

As Salon has previously noted, the measure would ban abortion at 20 weeks, force clinic physicians to obtain hospital admitting privileges, restrict abortions to surgical centers and mandate that doctors oversee even non-surgical abortions, measures that opponents have argued will shutter 37 of the state's 42 abortion service providers and make accessing the procedure virtually impossible for women across Texas.

“I‘m rising in the floor today to humbly give voice to thousands of Texans who have been ignored. These are Texans who relied on the minority members of this Senate in order for their voices to be heard,” Davis said in her opening remarks. “These voices have been silenced by a governor who made blind partisanship and personal political ambition the official business of our great state."

Legislative rules stipulate that Davis must remain standing and can't take meal or bathroom breaks during the 13-hour filibuster; she is using her time on the floor to read testimony from women and medical professionals in Texas who would be harmed by the bill.

You can watch live coverage of Davis' filibuster here: