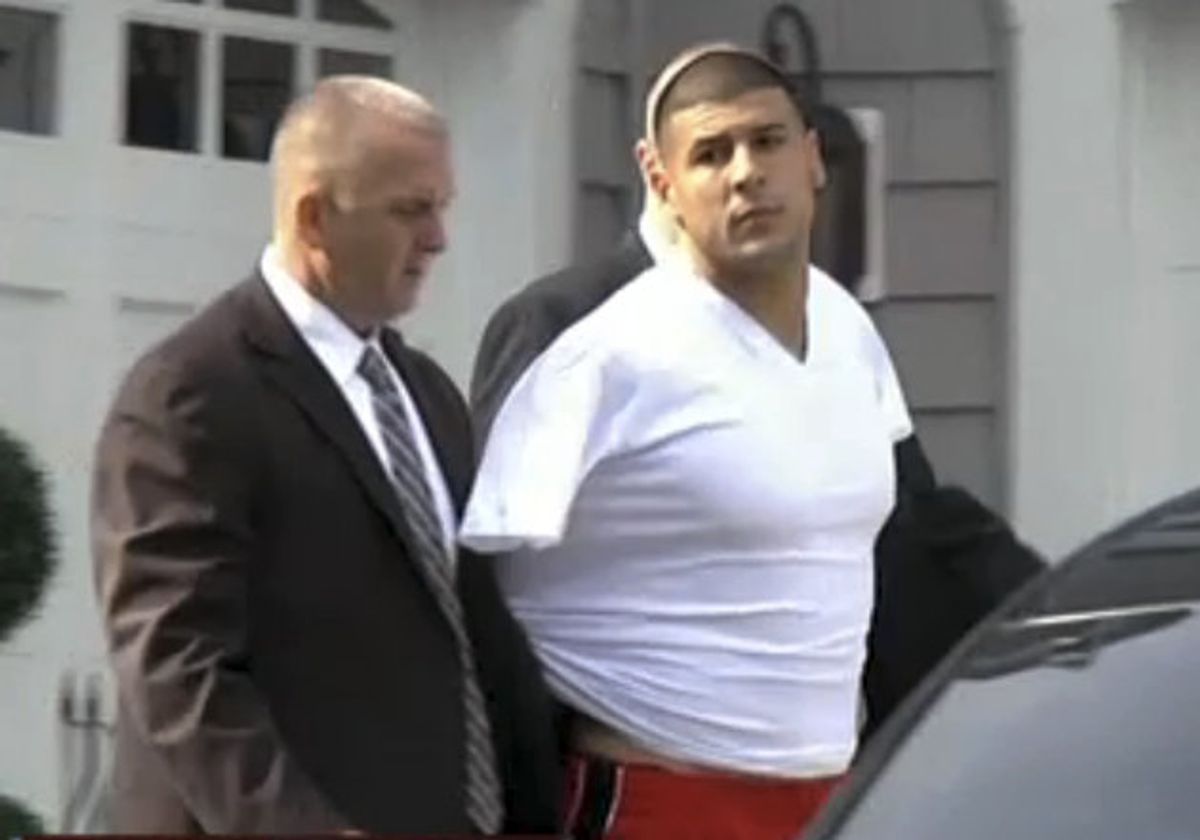 ATTLEBORO, Mass. (AP) — Police have charged Patriots tight end Aaron Hernandez with murder and weapons counts in connection with the slaying of a semi-pro football player whose body was found in an industrial park about a mile from Hernandez's home.

The charges were revealed Wednesday in Attleboro District Court after Hernandez was arrested at his sprawling North Attleborough home. Less than two hours after his arrest, the Patriots cut Hernandez from the team.

The investigation started more than a week ago after semi-pro football player Odin Lloyd was found slain in an industrial park.

Lloyd's family says he and Hernandez were friends and that Lloyd's girlfriend and Hernandez's fiancee are sisters.

Authorities say Lloyd was shot multiple times in the back and chest. They say Hernandez was upset with Lloyd after the two had a dispute at a nightclub a few days before.