From the Supreme Court to Austin and back again: The arc of online sound and fury bends toward justice 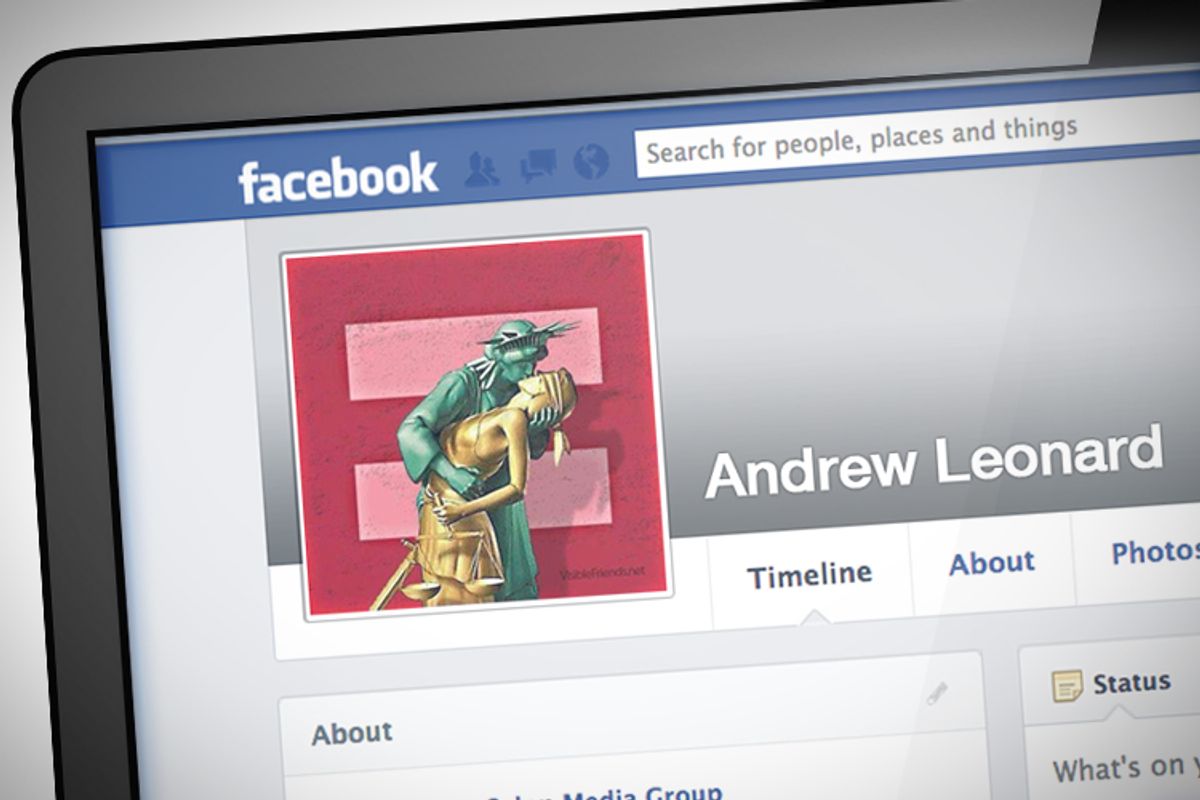 For 24 hours, the world of social media rocked like a roller coaster off its tracks. The outbursts of rage over the Supreme Court's decision to annul a key section of the Voting Rights Act Tuesday morning had barely subsided before environmentalists began obsessively tweeting every nuance of President Obama's climate change speech a few hours later. As afternoon became evening, Wendy Davis' filibuster in the Texas Legislature became a legend-in-the-making, complete with a stunning chaotic denouement watched in real time streaming video by hundreds of thousands. The following morning, a rolling tide of ecstasy and joy swept across the Internet within seconds of the news that the Supreme Court had ruled the Defense of Marriage Act unconstitutional.

Of course, I should be clear: This was my world of social media. We are filtered by whom we follow and friend. If I associated with a different motley crew, the cries of joy and rage could easily flip places. Social conservatives believe that what happened in Texas Wednesday night was a travesty of democracy and that Jesus is weeping in dismay over the prospect of a flood of gay marriage in California. And they're on Twitter too.

But something is still happening here. The social media noise and clamor -- 9,000 tweets per second on DOMA right after the Court's decision! -- over the past 24 hours isn't just partisan froth. Our society and politics are headed in a direction; there is a clear narrative in play. And social media is influencing, reinforcing and assisting that narrative. If, as Martin Luther King so famously said, "the arc of the moral universe is long, but it bends toward justice," then what we've witnessed (and tweeted and liked) over the last 24 hours is social media increasing its leverage over that laborious transition. Heisenberg understood this: You can't observe something without affecting it. And we're observing more now than ever before.

Is that too bold? Calculating the political consequences of our social-media filtered world is tricky. Can we really say that Facebook and Twitter and Reddit and Imgur chatter are influencing political change? Or are they just reflecting what's already happening? One more conservative judge on the Supreme Court, after all, and DOMA still stands. The evisceration of the Voting Rights Act is a giant backward step. President Obama made what many environmentalists considered a solid promise not to approve the Keystone pipeline, but would all the anguished tweets in the world make a damn bit of difference if he weaseled out of that promise in the weeks to come? My social media friends might be ready to elect Wendy Davis as president in 2016, but most of the country still has no idea who the woman is.

But let's look at the big picture. The Republican Party depends on socially conservative white males as the bedrock of its political support. But everyone knows that the country at large is getting more diverse. Young people, women and minorities -- who, by and large, trend more liberal on social issues -- have delivered the presidency to Democrats two elections in a row. Plug all the sound and fury on social media in the last 24 hours into that framework, and you will see something that must make conservative politicians very, very nervous: A changing country that is increasingly self-aware and on the alert.

What happened in Austin Tuesday night -- conservative white men in a showdown with a dynamic liberal woman, while crowds cheered and hooted -- was riveting in part because of how well it reflected and amplified this larger narrative. Republicans were unable to take back the Senate in 2012 in part because many of their candidates made idiotic statements about rape and abortion. And there Wendy Davis was, reading emotionally gut-wrenching testimony from women about abortion, while the Republican lieutenant governor was laughing on the phone. You couldn't find this on CNN or even MSNBC, but on Twitter, it was retweeted countless times and drove ever more viewers to join in the streaming feed. That juxtaposition is not going to help Republicans win back women to their fold, in Texas or anywhere else. In a stroke, Wendy Davis became a national political figure and Republicans further entrenched themselves as the party of 19th century male privilege. Texas may not turn blue any time soon, but in terms of national branding, Texas Republicans did their party no favors.

Let's turn to the Supreme Court. One way to look at the Voting Rights and gay marriage decisions is as a wash. For liberals one giant step backward and one giant step forward, a morning of dismay followed by a morning of exultation. Cynics were also quick to point out that the same people tweeting about the injustice of a 5-4 decision on Tuesday were applauding a 5-4 decision on Wednesday. Just more partisan hoo-ha.

But look at the ferocious social media reaction to the two decisions in the context of the narrative of changing American politics and you see a different story. The satisfaction and joy that greeted the gay marriage decision reflected a country that had already fundamentally changed the way it thinks about gay marriage. The Supreme Court ratified the new zeitgeist. Hooray! And pity the fool -- especially the politician -- who attempts to reject it. In this case, policy followed neatly in tune with a changing country.

The Voting Rights Act decision, in sharp contrast, is part of a desperate political effort to resist the political implications of a changing country. The way to understand the Voting Rights Act decision, politically, is as a response to the same demographics that are killing Republicans nationally. As the country becomes more diverse -- and this will soon be especially true in the South -- the more people who vote, the worse it will be for Republicans. But instead of changing their platform, Republicans are trying to change the rules, and make it tougher for people to vote.

That made a lot of people angry Wednesday morning. But all the Voter ID laws that Republican state legislatures pass in the next few months are not going to roll back the changing demographic tide. One big reason why: the utility of those same social media platforms that we immediately flocked to in order to bitch about what the Court had just done. Social media isn't simply a soapbox -- it's a watchdog. Despite Herculean efforts to restrict early voting in 2012, the percentage of black voters who went to the polls actually rose in 2012 over 2008. This is in part a tribute to the excellence of Obama's campaign operation, but it's also a consequence of everyone paying attention. It's not as easy to slip a fast one over people when our collective consciousness is so well distributed and alert. We aren't dependent on what CNN puts on the TV or what's splashed across the front page of the New York Times. If our friends tell us to watch the live-stream from Austin, we're there.

Even Obama's climate change speech fits into this template. Although not broadcast on any major news channel (the only cable outlet to carry it was the Weather Channel), anyone who wanted to watch it could get it straight from the Whitehouse.gov live feed. For environmentalists it was appointment viewing. Accordingly, my Twitter feed exploded with commentary when Obama promised that the Keystone pipeline would not be approved if it was found to "significantly" contribute to greenhouse gas emissions.

As one normally skeptical environmentalist told me, there was no point in Obama making that promise in a speech that everyone who cared about climate change would be sure to watch like a hawk, if the president didn't ultimately plan to back up his words with deeds. Otherwise he'd just be creating a world of unnecessary trouble for himself (which is definitely not impossible, but does seem unlikely). Few politicians understand the new reality of social media better than Obama.

In our world of maturing social media, you just can't get away with bullshit as easily as you could before, especially in the long run. It's easier for people to get informed, to raise money, to get organized.

This is of course true for all sides of a political conflict. Republicans and Democrats are both using social media to mobilize support. But there's a big difference between fighting a rear-guard action against the flow of history, and bending with that arc pointed toward justice. The world is watching. We're figuring it out.