Income inequality is far from benign 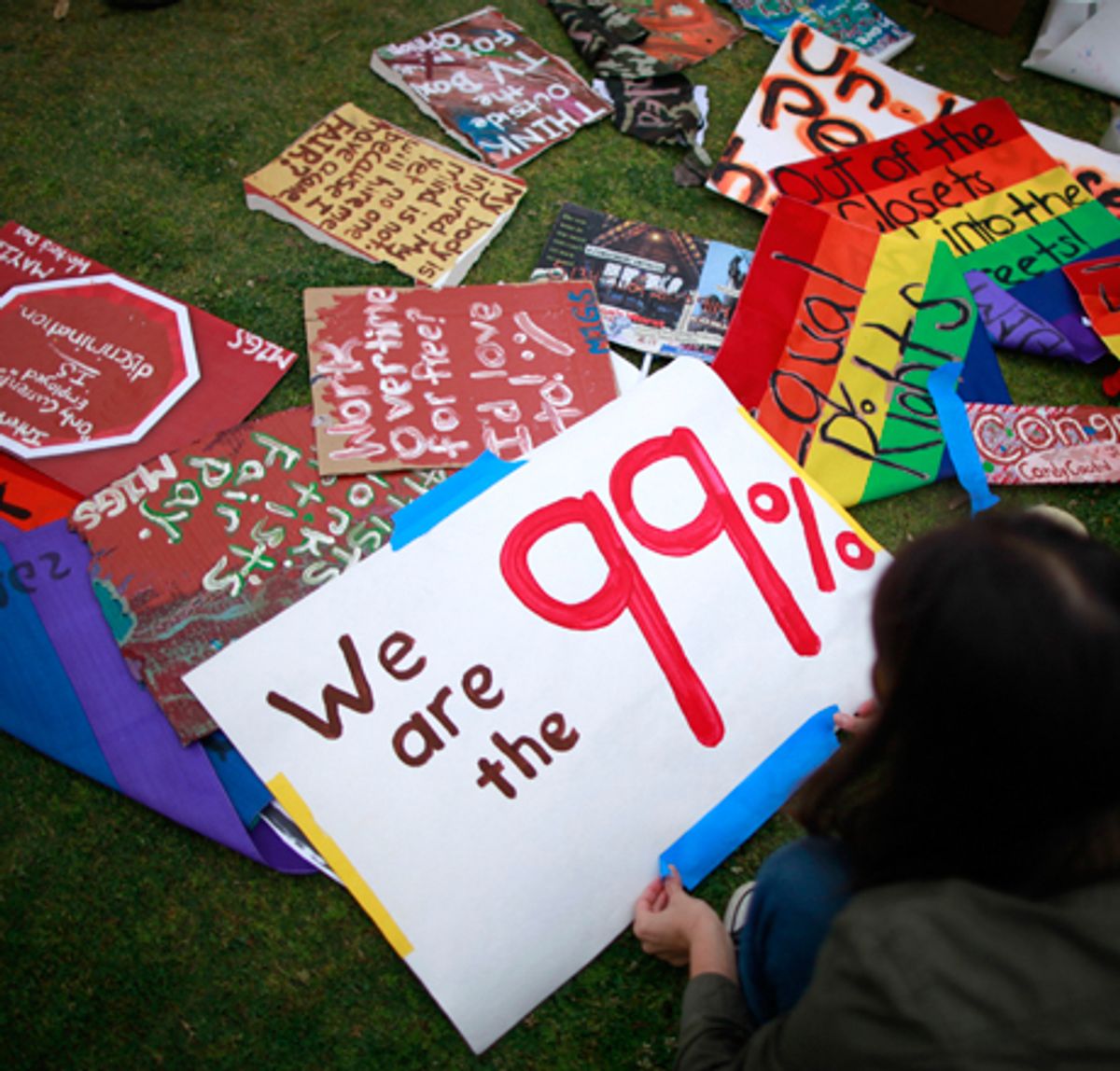 As I noted yesterday, Greg Mankiw’s defense of the top 1% maintains that while some may be unhappy with our high levels of inequality, those levels are economically benign and a result of the high value-added of the winners relative to the losers.  I challenged the latter claim in yesterday’s post.  This post briefly takes on the more serious first claim (more serious because a) it has generational implications, and b) you’ll be very hard pressed to convince some economists that pay doesn’t equal marginal product).

There are at least three arguments why our historically high levels of inequality are far from benign:

–they reduce access to opportunities and thus reduce economic mobility;
–they lead to slower macro-economic growth;
–they violate basic fairness as those who are growing the size of the pie end up with smaller slices.

I have a long paper on the second concern coming out soon.  The third point is especially compelling to those who focus on the fact that median income or earnings used to track productivity growth up until around three decades ago.

But the first concern is one I raised well before we had any data for it (I first worried about this in chapters of EPI’s State of Working America, of which I was a co-author of many editions).  Here at OTE, you can see references here, here, here, here.

The economist Miles Corak has an excellent new article forthcoming that collects what’s known about the relationship between inequality, opportunity, and mobility.  I’ll let you page through the facts and figures, some of which are familiar from these pages.  While Mankiw sees little evidence that inequality has reduced opportunities, Corak comes to a far different conclusion:

Inequality lowers mobility because it shapes opportunity. It heightens the income consequences of innate differences between individuals; it also changes opportunities, incentives, and institutions that form, develop, and transmit characteristics and skills valued in the labor market; and it shifts the balance of power so that some groups are in a position to structure policies or otherwise support their children’s achievement independent of talent.

If that’s where you are, the next question is what can and should public policy do to level the opportunity playing field.  Here, Corak points out that relative to other advanced economies, our public expenditures are less effectively targeted toward enhancing the opportunity and mobility of the less advantaged.

He quotes the OECD on this point: “Currently the United States is one of only three OECD countries that on average spend less on students from disadvantaged backgrounds than on other students. … Moreover, the most able teachers rarely work in disadvantaged schools in the United States, the opposite of what occurs in countries with high-performing education systems.”

This imbalance is particularly problematic given the impact that inequality is having on children at the starting gate, as it were.  Researchers have found important differences in vocabulary, behavior, and parental investments in their children’s enrichment by income class.  In other words, as inequality increasingly exacerbates these differences at the beginning of life, the education system is less prone to offset them.

A new set of figures from the Hamilton Project provides highly compelling visuals of the above policy dynamics.  I urge you to take a close look at this evidence, but here’s a rough summary:

–Figure 2 shows a strong negative correlation between income inequality and social mobility: correlation is not, of course, causation, but this is the relationship that you would expect if the model that I’ve stressed here is true.

–Figure 5 shows the growing gap in enrichment expenditures that families make on behalf of their kids.

–Figure 6 shows that after stabilizing in the 1960s, when the inequality trend was flat, the achievement gap between high- and low-income students has grown almost 40% since 1970.

–Other figures show the increased disparity of college completion by income quartile (#7), how less well-off kids are sorted into less selective colleges (#8), and the critical role that these disadvantages re college attendance play on earnings and economic mobility (Chapter 3).

So why am I constantly going on about all this?  Because for years, I and others would hold up pictures of worsening inequality and explain the causes as best we could and pretty much leave it at that.  We were operating largely from concern #3 above—fairness.  I got into this in the 1980s when economists were first connecting inequality to sticky poverty rates (why weren’t poverty rates falling as the economy was growing?).

I still consider this an important and valid concern but over the years, I’ve come to see the consequences of our inequality problem as running deeper, striking at opportunity and mobility in a manner that should cause grave concern among anyone who’s paying attention, regardless of their political stripes.  There is nothing benign about it.