Jihawg Ammunition, an Idaho-based company, is marketing their product with the slogan "Put some Ham in MoHAMed" 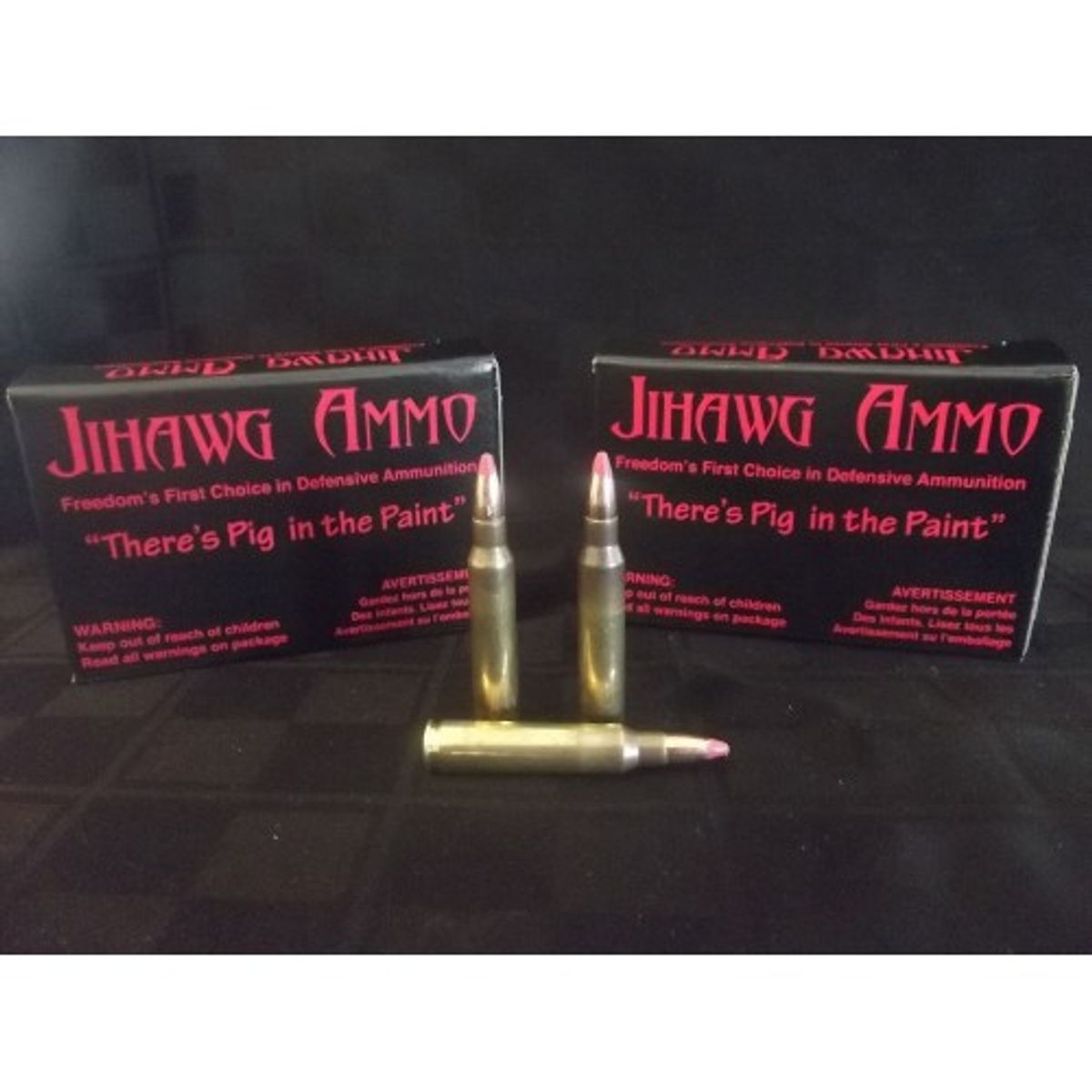 The advertising pitch says it all: “Put some Ham in MoHAMed.”

Jihawg Ammunition, based in Dalton Gardens, Idaho, has recently begun selling bullets laced with a pork coating, promising “patriot” gun owners that the bullets “will strike fear into the hearts of those bent upon hate, violence and murder.”

Consumption of pork is forbidden in Islam. The idea behind the bullets is that a Muslim hit by them would be desecrated and unable to go to heaven.

This isn’t the first time Hatewatch has heard claims of pork-coated bullets from Muslim-bashing profiteers. In May 2011, we reported on a company called Silver Bullet Gun Oil, which said it had produced for sale a gun oil laced with pork fat. In that case, the creator openly affirmed the offensiveness of his product. “It is designed as an affront to an entire belief structure,” the business owner told Hatewatch at the time.

A request to Jihawg Ammunition for comment today was not immediately answered.