How to be a straight ally in post-DOMA America

Thanks to SCOTUS, actress Kristen Bell has ended her equality-minded marriage protest. Do such protests matter? 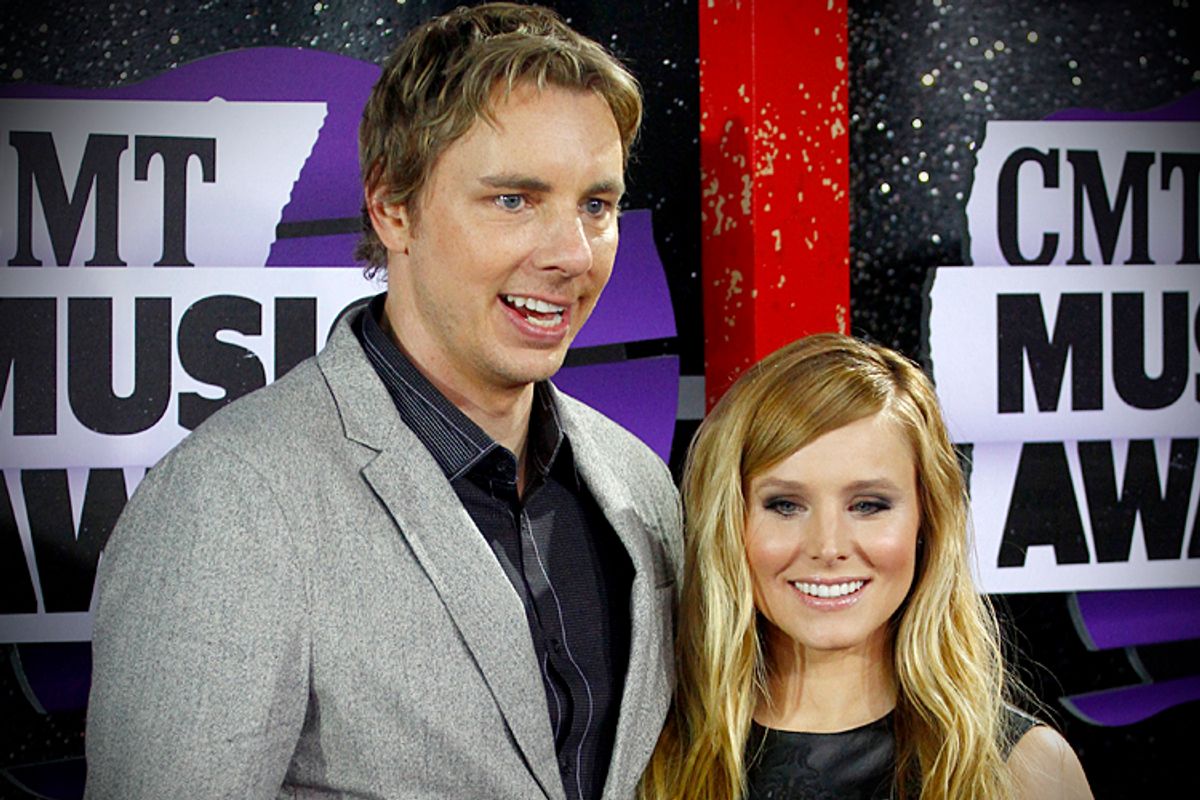 On Wednesday morning, actress Kristen Bell proposed to Dax Shepard, the father of her 3-month-old daughter, via tweet. She wrote to him, "will you marry me? Xo #marriageequality #loveislove." You see, as the "Veronica Mars" star told Larry King last year, "The reason we're not rushing to get married is because I don't feel appropriate taking advantage of a right that's denied to my [gay and lesbian] friends.”

But then the Supreme Court ruled the Defense of Marriage Act unconstitutional and dismissed a Proposition 8 appeal, clearing the way for same-sex marriage in California.

Bell is far from the first straight person to boycott the institution in the name of marriage equality. Back in 2003, the Village Voice ran a piece about the trend of doing just that among progressive heterosexual couples. The National Marriage Boycott has gotten more than 15,000 signatures from gays and straights alike who have pledged to wait to marry until "full federal marriage equality" is achieved. Shortly after Bell's announcement, a straight couple that had "always said we wouldn't marry while our queer friends couldn't" took to MetaFilter to ask whether they should marry now, given the SCOTUS news.

Bell is also hardly the first celebrity to announce a marriage strike. In 2006, Brad Pitt wrote in Esquire, "Angie and I will consider tying the knot when everyone else in the country who wants to be married is legally able." Sarah Silverman once told an interviewer that she would never consider getting married until "everyone can." She explained, "I mean, it’s like, if you say, if you joined a club, a country club, you know, in the '60s, where no blacks or Jews were allowed. Why would you want to join that country club?"

Some straight allies have taken a different approach to protesting marriage inequality. As Yale Law School professor Ian Ayres said in a 2010 interview about marriage equality, "There are loving heterosexual couples who are choosing not to marry until marriage equality comes to their state," he said. "There are others who are making statements at their weddings, or when they send that invitation, they add on personal notes, so there is evidence that change is occurring on the ground." Others have elected to have donations made to marriage equality organizations in lieu of registering at J.C. Penney.

The question is whether marriage boycotts have any real impact. As Rep. Barney Frank argued in the Village Voice article mentioned earlier, "It's well-intentioned but not helpful. When two very good heterosexual people refuse to get married, I don't see how that puts pressure on politicians. Refuse to vote for people who won't let us get married. That's the way you address this."

Aaron McQuade, a spokesperson from GLAAD, doesn't rule out such boycotts as an effective form of protest -- but he also doesn't list it as a priority in the movement. "The important thing is that the conversation happens," he told me by phone. "In some families, maybe that is an effective way to start that conversation." Clearly, straight allies protesting marriage isn't enough -- and it certainly isn't the reason why SCOTUS made the decisions it did today. That is to the credit of decades of tireless activism, which has slowly but surely turned the tides of public opinion. As Ayers noted, "If you roll the clock back 10 years ago, heterosexual couples sent wedding invitations to their friends and family, including their gay friends, without the slightest sense of unease. Now, there is often a slight sense of unease, and sometimes I even hear embarrassment, like the heterosexual couple feels strange for taking this wonderful benefit of marriage, when their loved friends who are gay cannot take that right."

That straight "unease," whether it inspires a nuptial protest or tough conversations with conservative relatives, has been a crucial part of the push toward marriage equality -- and there's no reason to bid it farewell just yet. "We’re not quite post-DOMA," said McQuade. "Marriage in Massachusetts is now recognized in 13 states and by the federal government, but there are still plenty of other states where that conversation has not taken place." It's the job of allies to continue the conversation -- and now they have "the consensus of the country behind them," he says. So, go ahead and get married, Bell and Shepard -- but the battle isn't over yet.