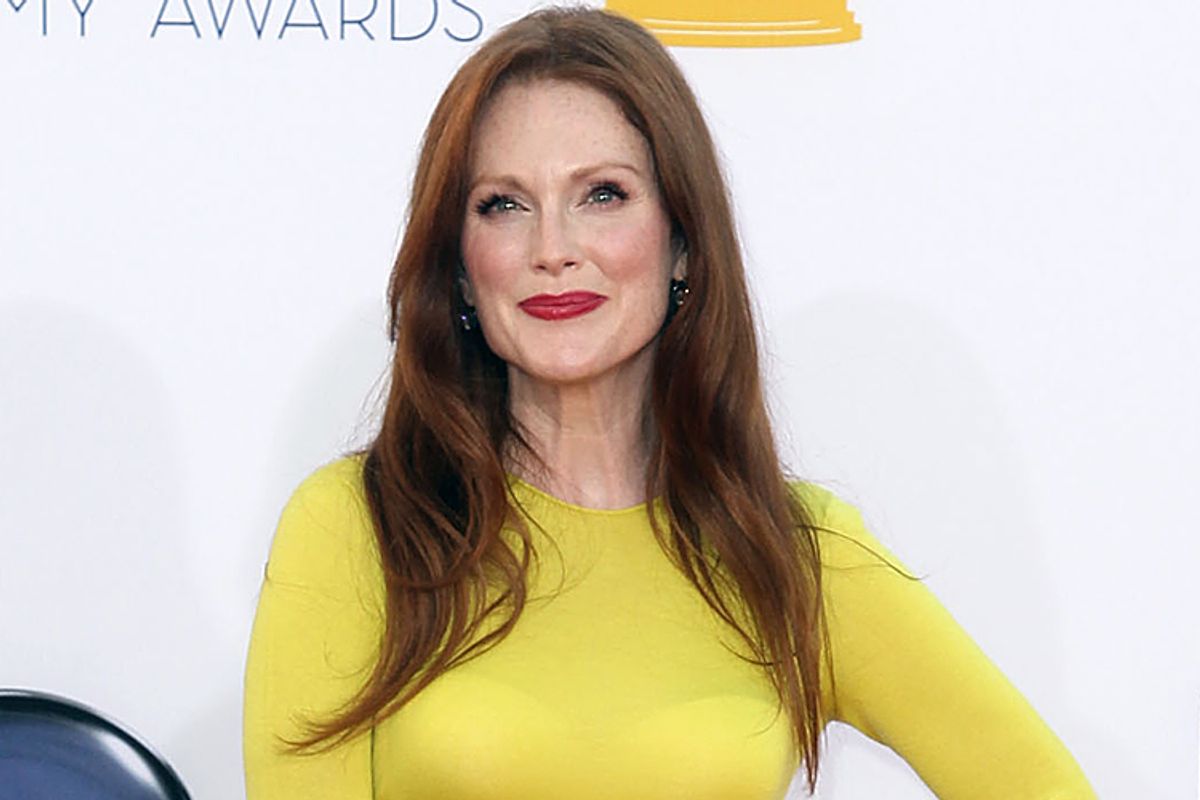 Julianne More, the "Game Change" actress whose portrayal of Sarah Palin won the HBO mini-series a Golden Globe, is in talks for the upcoming "The Hunger Games" sequels, reports Deadline. If cast, she'd go from playing a VP hopeful to President Alma Coin, a character who doesn't appear until the second film in the trilogy adapted from the Suzanne Collins books.

I’ve heard that Lionsgate and director Francis Lawrence are eyeing Julianne Moore to play the role of President Alma Coin. She is the manipulative politician who figures brightly in the finale as Katniss Everdeen (Jennifer Lawrence) becomes a symbol of rebellion against the autocratic Capitol government. This is likely to happen quickly, and Moore would star in both of the final films, which brings back Josh Hutcherson and Liam Hemsworth and the returning cast along with Philip Seymour Hoffman, who will be making his first appearance in The Hunger Games: Catching Fire