Mandela on the mend? 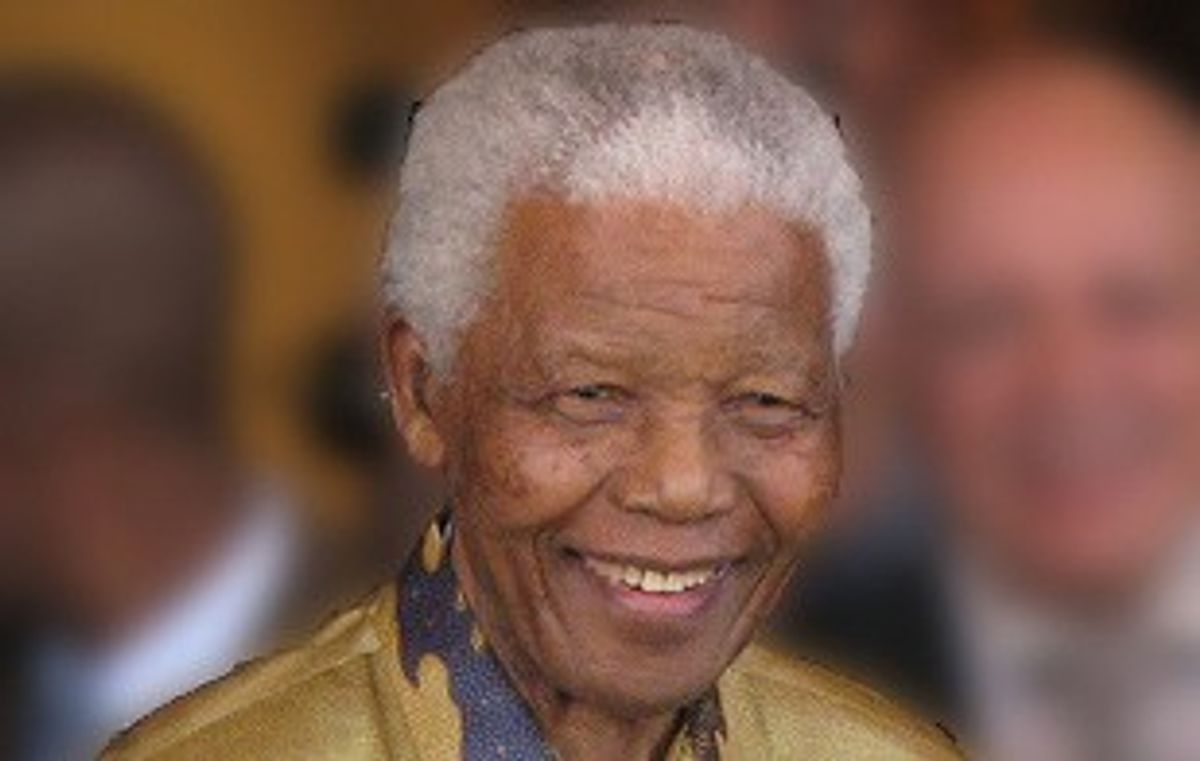 JOHANNESBURG (AP) — Nelson Mandela's health improved overnight and his condition remains critical but is now stable, the South African government said Thursday in a statement that brought a measure of relief to the country. One of the former president's daughters said he was still opening his eyes and reacting to the touch of his family even though his situation was precarious.

The report that the health of the 94-year-old anti-apartheid figure had taken a slight turn for the better came amid an increasingly somber mood in South Africa, where religious and traditional leaders have talked openly about the possibility of his death. For some, it dovetailed with the resilience of spirit and physique that Mandela had shown throughout his life, as a boxer, a prisoner, a peacemaker, a president and a humanitarian who inspired the world.

"We know that Madiba is a fighter, he's been a fighter all his life and he's tough," said presidential spokesman Mac Maharaj, using Mandela's clan name. He said the latest medical report had brought "a little bit of relief."

The hint of good news, whether fleeting or not, delighted some South Africans, including those who have delivered flowers and messages of support to the Pretoria hospital where Mandela is being treated. Some felt the national and global outpouring of support for Mandela had helped him, in a kind of reversal of roles with the man who helped his compatriots in the struggle for democracy.

"We are very grateful as South Africans for the promises that we are getting that he is stabilizing right now," said Andy Lembeki, a well-wisher.

President Jacob Zuma's office said he received the update from the medical team that is treating Mandela. Zuma had canceled an international trip on Thursday in a sign of heightened worry, instead visiting Mandela for the second time in two days.

"I canceled my visit to Mozambique today so that I can see him and confer with the doctors," Zuma said in the statement. "He is much better today than he was when I saw him last night."

In April, though, Zuma gave an overly upbeat assessment about Mandela's condition. State television had broadcast footage of a visit by Zuma and other political leaders to Mandela's home. Zuma said at the time that Mandela was in good shape, but the footage showed him silent and unresponsive, even when Zuma tried to hold his hand.

Mandela, who was imprisoned for 27 years during white racist rule and became president in all-race elections in 1994, was taken to a hospital on June 8 for what the government said was a recurring lung infection.

Zuma urged people to pray for Mandela, and continue with their work and daily activities even while he is hospitalized.

The president's office said it was disturbed by what it called rumors about Mandela's health and appealed for respect for the privacy and dignity of the former leader. Unconfirmed reports about Mandela have swirled on social media and other forums.

Makaziwe Mandela, one of Mandela's daughters, echoed the criticism, saying foreign media coverage of her father's illness had become intrusive, particularly at the Pretoria hospital where many journalists have gathered.

"There's sort of a racist element with many of the foreign media, where they just cross boundaries," she said in the SABC interview. "It's like truly vultures waiting when a lion has devoured a buffalo, waiting there for the last carcasses. That's the image that we have, as a family."

She said: "We don't mind the interest. But I just think it has gone overboard."

In comments posted on the SABC website, Makaziwe Mandela said "anything is imminent" because her father, referred to affectionately by many South Africans as "Tata," or "Father," is in a very critical state.

"I want to emphasize again that it's only God who knows when the time to go is," she said. "So we will wait with Tata. He's still giving us hope by opening his eyes, he's still reactive to touch, we will live with that hope until the final end comes."

Beginning a trip to Africa, President Obama said in Senegal on Thursday that his thoughts and prayers were with South Africans and in particular the Mandela family. He said he was inspired, as a law school student in the early 1990s, to see Mandela step forward after decades of imprisonment to help deliver democracy in a spirit of reconciliation with his former captors.

"It gave me a sense of what is possible in the world when righteous people, when people of good will, work together on behalf of a larger cause," said Obama, who described Mandela as a personal hero.

"And if and when he passes from this place, one thing I think we'll all know is that his legacy is one that will linger on throughout the ages," Obama said.

In Jerusalem, the visiting archbishop of Canterbury, Justin Welby, said Mandela has been in his thoughts and prayers.

"We're praying constantly for President Mandela, especially for his family, for the people of South Africa and for peace in their hearts and minds of what must be a very traumatic time for them," he said at an interfaith meeting.

Mandela's 95th birthday is on July 18, an occasion ahead of which South African organizers and others around the world are planning humanitarian acts to honor the legacy of the former president. Samson Divhula, a statistician in Pretoria, said he hoped Mandela would live at least until his day.