In a bizarre move, the Texas governor tried to use Davis' life story to undermine women's reproductive rights 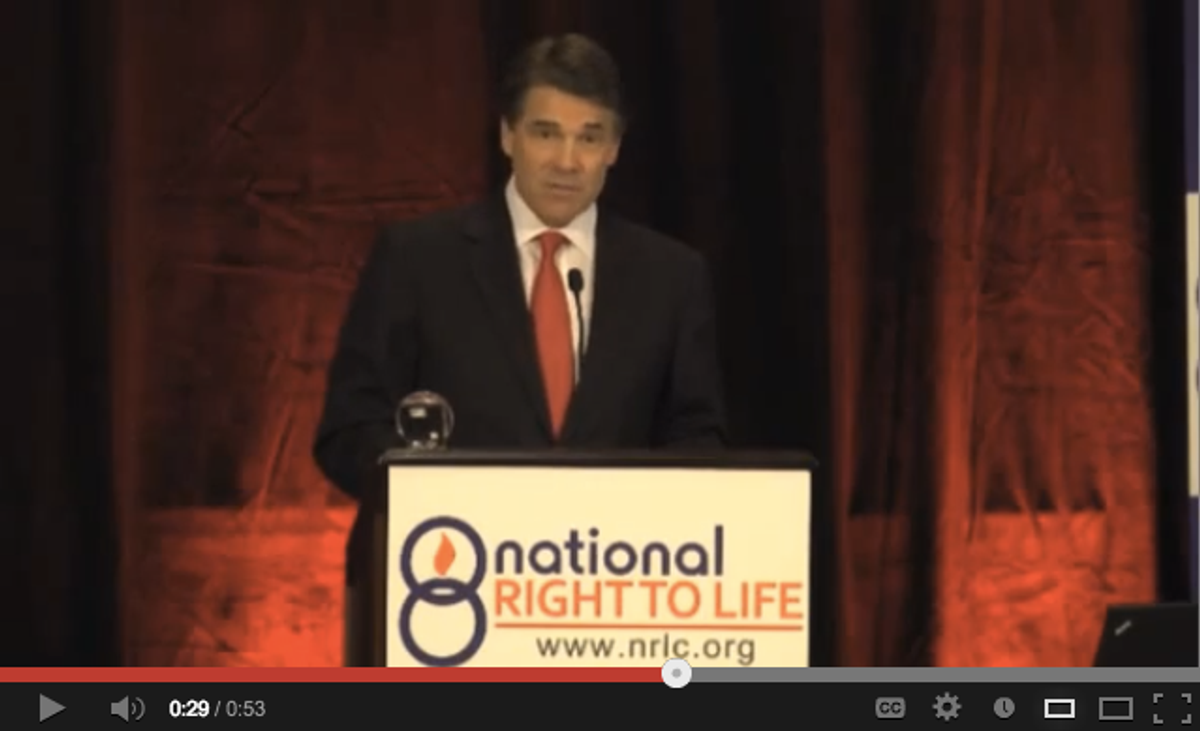 Addressing an audience at the National Right to Life conference Thursday morning, Texas Gov. Rick Perry suggested that state Sen. Wendy Davis should have "learned" from her experiences as a teen mother who worked to support her daughter while pursuing an education and a career -- by becoming a staunch opponent of women's autonomy and basic access to reproductive health care, just like him.

“Who are we to say that children born into the worst of circumstances can’t grow to live successful lives?” Perry asked the crowd.

Turning the life story of a fierce abortion rights defender into fodder for a polemic about undermining women's rights may seem like an odd choice to many (Planned Parenthood's Cecile Richards called it "incredibly condescending and insulting to women" in a statement), but the crowd of antiabortion activists roared their approval as Perry continued:

In fact, even the woman who filibustered the Senate the other day was born into difficult circumstances. She was the daughter of as single woman, she was a teenage mother herself. She managed to eventually graduate from Harvard Law School and serve in the Texas senate. It is just unfortunate that she hasn’t learned from her own example that every life must be given a chance to realize its full potential and that every life matters.