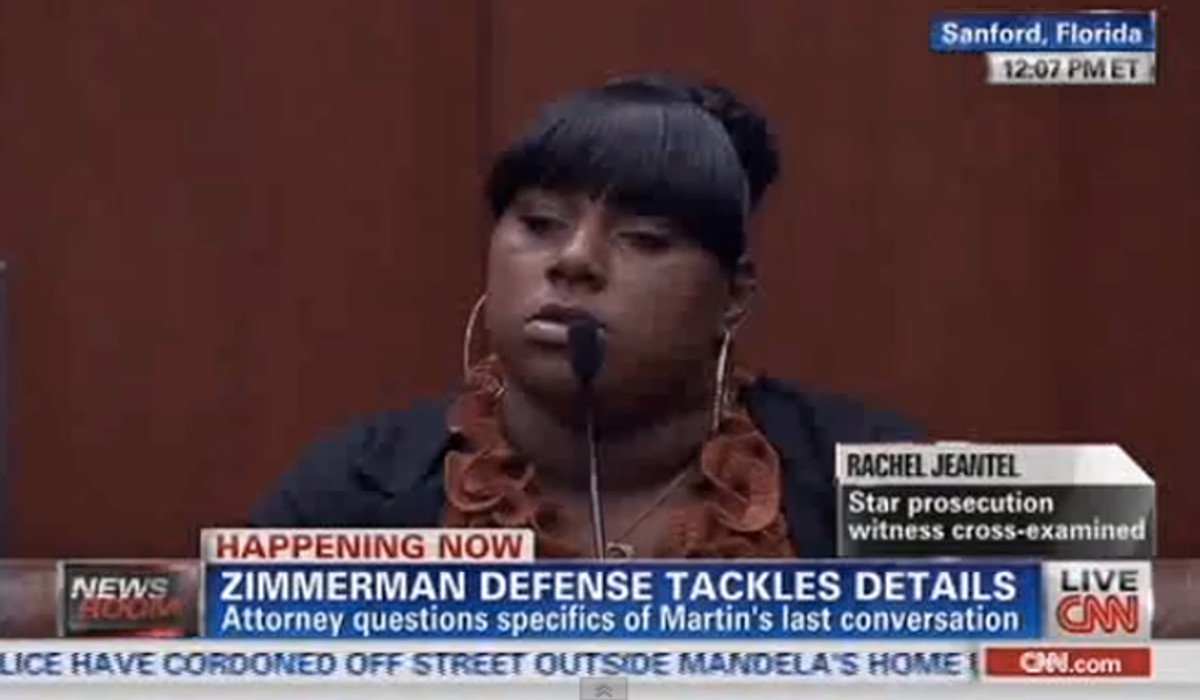 Rachel Jeantel, the woman whom 17-year-old Trayvon Martin was talking to on the phone moments before he was shot and killed, offered testimony at the trial where George Zimmerman stands accused of murder. But the prosecution's star witness was less than impressed with the defense. Things intensified (and got politically incorrect) when Zimmerman's lawyer suggested that perhaps Martin was lying about his whereabouts when on the phone with her: