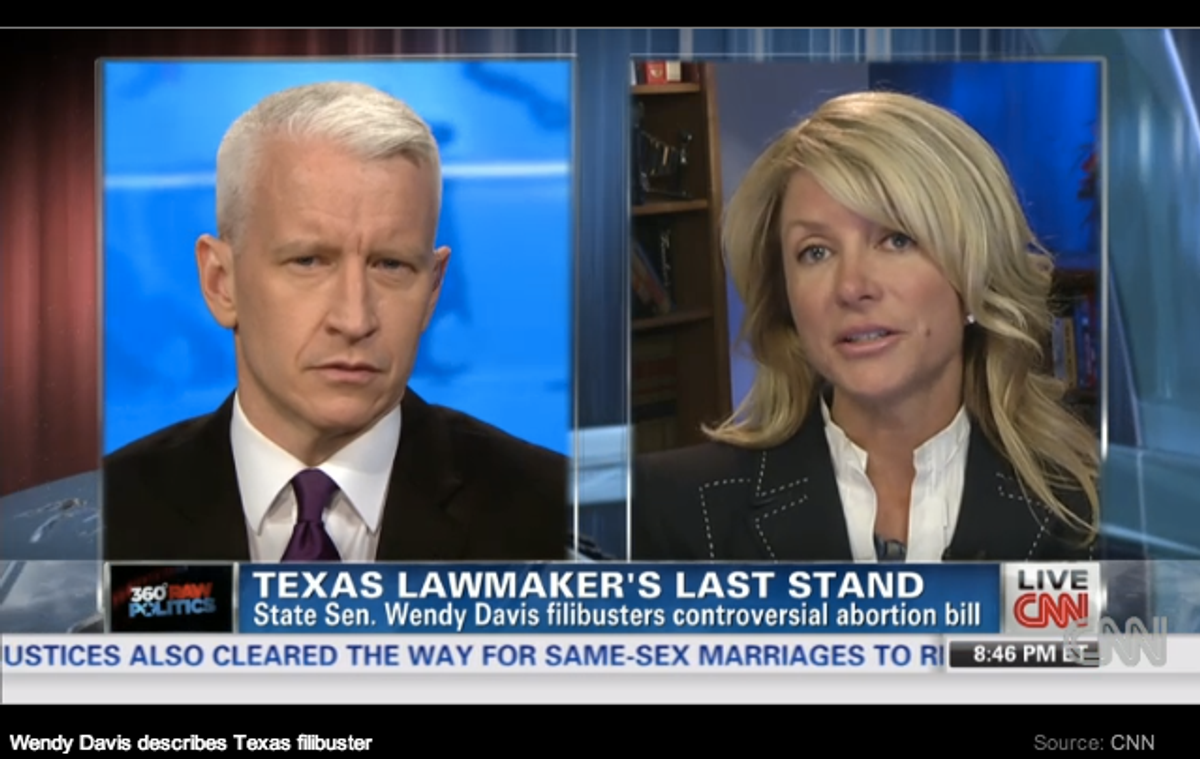 Texas state Sen. Wendy Davis, D-Fort Worth, captured national attention on Tuesday with a marathon filibuster that defeated a draconian abortion omnibus bill in the state Senate. (Though the victory may be short-lived: Gov. Rick Perry has called a second special legislative session for July 1, giving antiabortion lawmakers 30 more days to try to pass the measure.)

Davis spoke with Anderson Cooper on Wednesday night about the experience of standing and speaking for 11 hours straight ("I underestimated how difficult it would be") and what the Texas legislative showdown could mean for the future of reproductive rights in Texas -- and democracy in the United States:

I think the most important thing we accomplished is we empowered the voice of people in Texas -- people who wanted to stand against this big government intrusion to their personal lives and liberty... What I think this is has done is empower people to understand that when they involve themselves in a democracy they truly can make a difference. They made a difference in the Texas Capitol yesterday, and I think this will linger, Anderson. I think that even if this bill passes in this next called special session, the reaction to it won't be a partisan one; it's a reaction coming from Republicans,, Independents and Democrats alike, which is saying: Gov. Perry, Lt. Gov. Dewhurst, stay out of my private decision making.

Davis also addressed the time stamp on the final vote, which was initially changed on official records to falsely indicate that the vote had taken place before the midnight deadline, telling Cooper: "I know it was done intentionally."