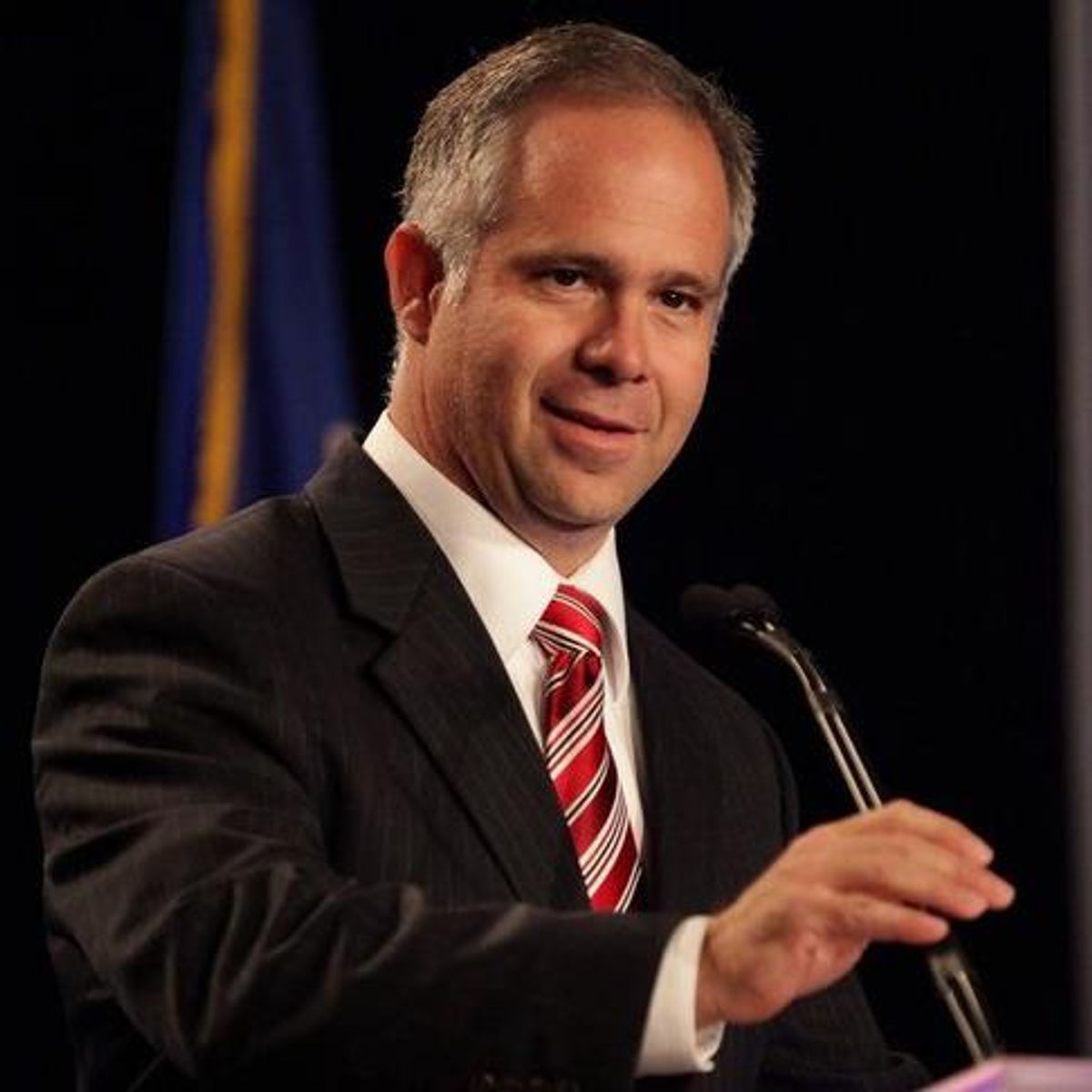 Rep. Tim Huelskamp railed against the Supreme Court decisions on Proposition 8 and the Defense of Marriage Act, saying that he doesn't even think the Justices would "pass law school with decisions like that.”

Speaking on the conservative radio show The Steve Deace Show, Huelskamp, a Republican from Kansas, accused the Court of trying to “rewrite the Constitution” and “ramming their views down the throats of Americans.”

“If you read these decisions together," he continued, referring to both the Prop 8 and DOMA decisions (with majority opinions written by Chief Justice John Roberts and Justice Anthony Kennedy, respectively), "[it's] twisted logic, tortured the Constitution, I can’t even stand to read the decisions because I don’t even think they’d pass law school with decisions like that.”

Huelskamp is currently pushing the Federal Marriage Amendment, a constitutional amendment that would restore the effects of DOMA by defining marriage as between a man and a woman. In a 5-4 decision on Wednesday, the Supreme Court ruled that the section of DOMA that did the same is unconstitutional under the Equal Protection clause of the Fourteenth Amendment.

As The Huffington Post reports, "The last time Congress voted on the proposed constitutional amendment was in July 2006, when it failed 236-187. It needed 290 votes to pass. House Speaker John Boehner, R-Ohio, House Majority Leader Eric Cantor, R-Va., and Rep. Paul Ryan, R-Wis., were among those who voted for the amendment at the time."