They're heavy and they make moving impossible. But an iPad just doesn't hold the same memories 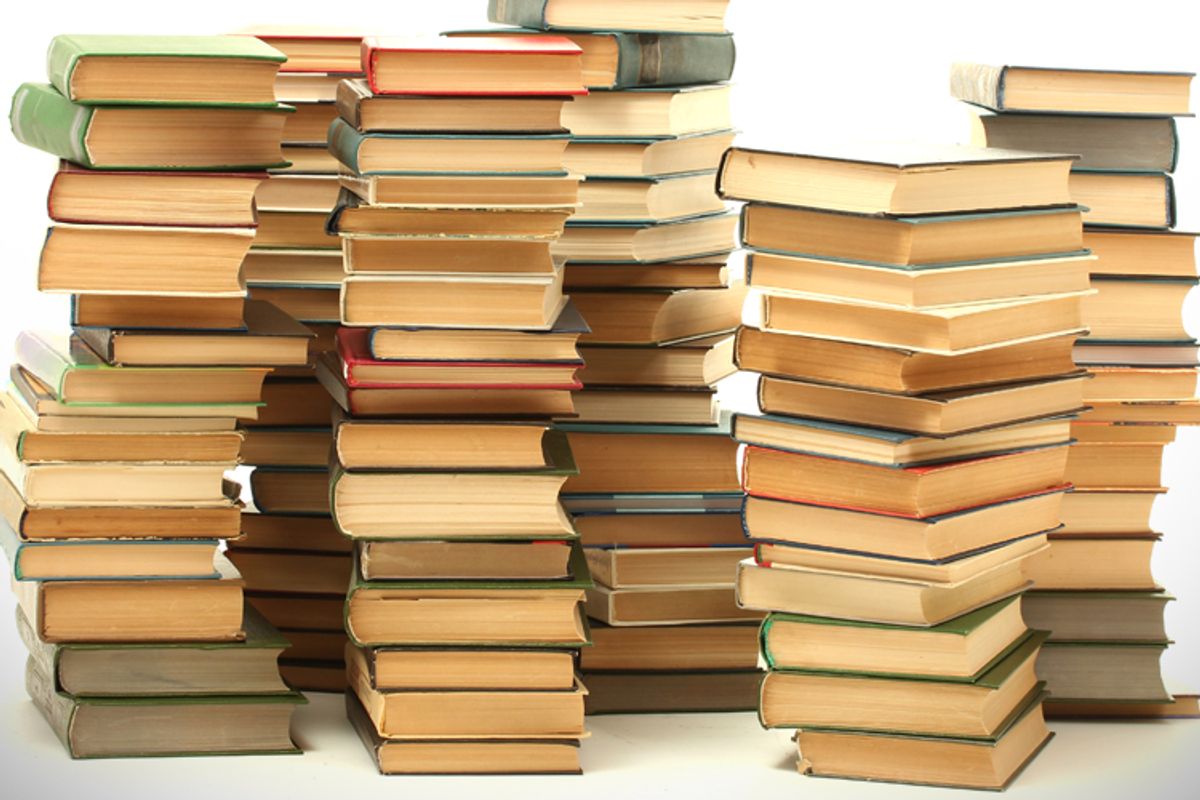 Earlier this month, I moved for the seventh time in eight years. My mom says I've filled up a page in her address book; a family friend recently told me that when she thinks about me, she always imagines me amid boxes. I maintain that moving a lot doesn't make me especially unusual -- a friend of mine recently moved out of her apartment, stayed away for six months, and moved back in again, a sort of real estate Grover Cleveland. But constantly having to transport my possessions across town and across the country has led to certain uncomfortable realizations. The most recent among them: I love reading, but I hate having books.

Books are heavy. They're bulky. When you finish one, it's suddenly useless, and you have to carry it around for the rest of the day, or the rest of your vacation. When you move, it's one more bricklike object driving up the cost. Move two of seven for me was a cross-country one, and shipping a dozen boxes of books to my new address cost hundreds of dollars. Then I had to cantilever each box down the stairs to my basement apartment using a rolling backpack. After that I've never forgotten how quickly an entertaining read becomes a millstone.

I might feel differently if I loved the feel of turning pages, or the heft of a hardcover in my hand, but I never have. I love reading, and for me the easiest way to read is on my iPad. I know e-books have their problems as a business model, and I do still buy physical books to support my favorite writers and bookstores. But all else being equal, I'd much rather hold an iPad, which feels like nothing -- almost like all I'm carrying is the words.

This means my library is getting out of date. When I needed to recommend a book to someone, I used to just cast an eye over my shelves to see what I'd been reading lately. The shelves were a record, like a family album but for stories.

But I've always relished shedding things when I move -- it's a good opportunity to be ruthless with your possessions -- and in the past few years I've ditched all the books I'm no longer in love with. And while I've bought new titles to replace them, I've mostly bought digitally. Packing up my apartment this time around, I found very little that I'd read in the past year on my shelves -- it's all in the cloud.

So if those shelves are a family album, they're no longer the constantly updating record of a growing family -- they're more like the yellowing binder your parents can't part with, even after you've long grown up. Nearly every book I've kept has some sentimental value, which leads to some idiosyncrasies. I have two copies of  a particular Roz Chast cartoon collection -- one to reread, one to remind me of the time my mom called Powell's Books to ask, "Do you have 'Proof of Life on Earth'?" The response: "You're it, aren't you, lady?"

I also have two copies of Li-Young Lee's "Rose," because both are signed, although only one by the author. I have a ratty paperback of "The Odyssey" because it was one of the first "grown-up" books I read -- tucked into it are a receipt dated 1993 and a eulogy I wrote 16 years later for my grandfather. I have three collections by Amy Bloom, which sustained me through an especially bad breakup and whose covers still make me feel calm. And the book I'm least likely to get rid of, one that faces out on any shelf I put it on, is the Allard/Marshall classic "The Stupids Die," a picture book about a family so divorced from reality they think they're dead when electricity goes out ("This isn't Heaven," says Grandpa Stupid. "This is Cleveland.") I somehow lost track of that book after childhood, and my mom got me a vintage copy for Christmas a few years ago so I'd never be without it. I know it by heart, but a quick glance at it still makes me feel like all is right with the world.

With a few exceptions, the books I've kept around are more use to me as objects than as narratives. They've made the cut because they make me feel a certain way, they reassure me, they keep me in touch with the past. I do reread some of them (Claire Emerson's "Late Wife," in particular, keeps coming off my shelf when I'm in a certain mood), but many are more for looking at than reading -- or even simply for the reassuring feeling of knowing that they're there.

So now my library is static, stuck in the past; if you want to know what I'm reading now, I'd have to show you my iPad. Someday I could eliminate the static archive entirely. I certainly fantasized about it during the last move -- the first title for this piece was, "What if I got rid of all of my books?"

But I probably won't. I came of age right before most media stopped being physical, and so I'm stuck with a backlog of bulky objects freighted with meaning. Physical books have memories attached to them that they're unlikely to accrue for someone 10 or 15 years younger. In some cases I just won't be able to separate the memory from the object, and the object, however heavy, will have to stay.