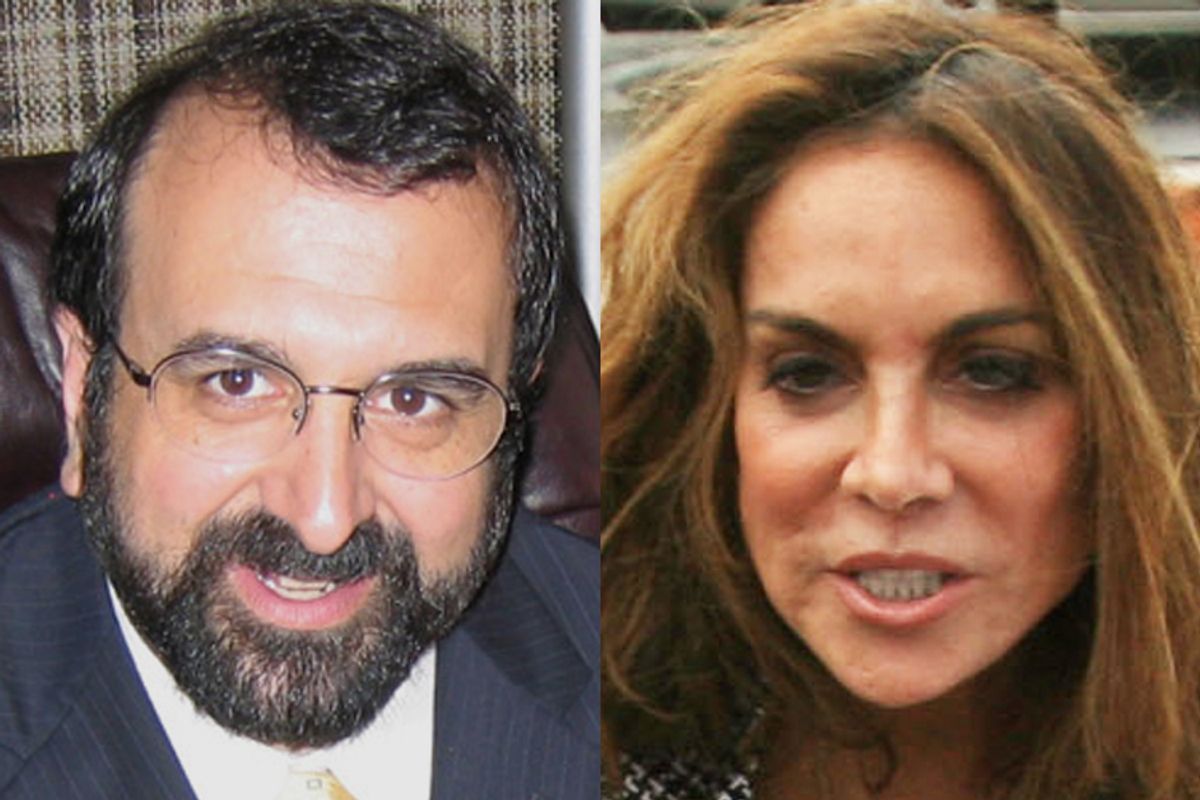 It's no secret that we vehemently disagree with anti-Muslim activist and blogger Pam Geller -- and the feeling is mutual. "As for Islamic apologists like Alex Seitz-Wald, it is only a matter of time before he is getting measured for a suicide vest," she once wrote about this writer. But British authorities made a big mistake this week in banning her and fellow activist Robert Spencer from entering the country, ceding to her the moral high ground and striking a blow against free speech.

"It will merely make them free speech martyrs, despite their abhorrent views," Jillian York, the Director of International Freedom of Expression at the Electronic Frontier Foundation said in an email.

Indeed, Geller and Spencer never miss an opportunity to crow about how their freedom of speech is being trampled on by politically correct journalists and politicians. Ninety-nine times out of 100, they are confusing their right to express their views with a nonexistent right to avoid any and all criticism for holding those repressible views. But this time, they're right -- a government is unduly impinging on their right to free expression because they might say something offensive.

James Bloodworth, the editor of liberal British blog Left Foot Forward and a columnist for The Independent, wrote that the ban is "counterproductive" as it will merely provide Geller and Spencer with "easy ammunition to throw back at us." By deeming their views powerful enough to merit a ban, the government is elevating Geller and Spencer far above what they deserve, he argued.

The case exposes what Pádraig Reidy of the London-based Index on Censorship sees as the limits of Britain's freedom of expression rights. "We don't have any First Amendment kind of concept, " he told Salon. The British Home Secretary, the nation's top law enforcement officer, has broad discretion in who gets barred from the country under its "Unacceptable Behavior policy," and there isn't any kind of formal process. "It's an extremely subjective criterion," Reidy said.

For some who end up on the list, the prohibition is even a badge of honor. American conservative radio host Michael Savage even turned his run-in with the Home Office into a book. The jacket cover of Banned in Britain: Beating the Liberal Blacklist shows Savage in front of a Union Jack and Big Ben with a gag over his mouth, and he often references the incident on air and in speeches. Westboro Baptist Church pastor Fred Phelps and Nation of Islam leader Louis Farrakhan have touted their bans from the U.K. as evidence of the power of their voices.

In the case of Geller or Spencer, almost no one had even heard of them until the ban, Reidy said, but now the controversy has sparked national headlines. If they had simply been allowed to rally with the far-right English Defense League as they planned, the whole incident would have been over in a couple of hours or days and most Britons would have never even noticed them.

That's what happened when the government finally let in Geert Wilders, the anti-Muslim Dutch parliamentarian and Geller ally. His ban from the U.K. and subsequent successful lawsuit made national news, but the speech he finally gave when the courts allowed him to enter the country was quickly forgotten.

While American law generally protects speech better than its British counterpart, the ACLU's Gabe Rottman told Salon that the U.S. has its own problems with travel bans, which are "almost more insidious" because of the secrecy involved. Thanks to the "ideological exclusion provision" of the PATRIOT Act, the government can ban people for their views on terrorism, which Rottman calls "a vague standard that can be misused." That's how folk singer Cat Stevens, who goes by Yusuf Islam since converting to Islam, was denied entry into the U.S. in 2004. Likewise, the ACLU took up the case of Swiss academic Tariq Ramadan, who was also barred entry that year. They won that case,  but the whole incident had a chilling effect on speech as Ramadan was targeted despite the courts agreeing that he didn't do anything remotely illegal or promote terrorism in any way.

"The fundamental point of the First Amendment is that the government cannot deny speech just because it doesn't agree with it. It can only intervene when it causes measurable harm," Rottman says. "This policy runs directly counter to that."

And it's not like banning these views will make them go away. "Instead of pushing those ideas underground, with eventual radicalization, it's much better to confront them openly," said Sami Ben Gharbia, a Tunisian-based blogger and free speech advocate who directs the Global Voices Advocacy project, in an email to Salon.

Unfortunately, Left Foot Forward's Bloodworth told Salon that as far as he can tell, most British liberals seem to be cheering Geller's ban. "It seems to be an increasing trend that rather than engaging people in debate we are seeking to ban or silence them," he lamented.

Judging from reactions on Twitter and in the liberal blogosphere here, the reaction was largely the same from progressives on this side of the Atlantic as well. It's too bad, because that's exactly what Geller and Spencer have been saying liberals think all along. They've been wrong -- until now.