Perhaps most troubling? The president is being aided by a cadre of Benedict Arnolds within the media itself 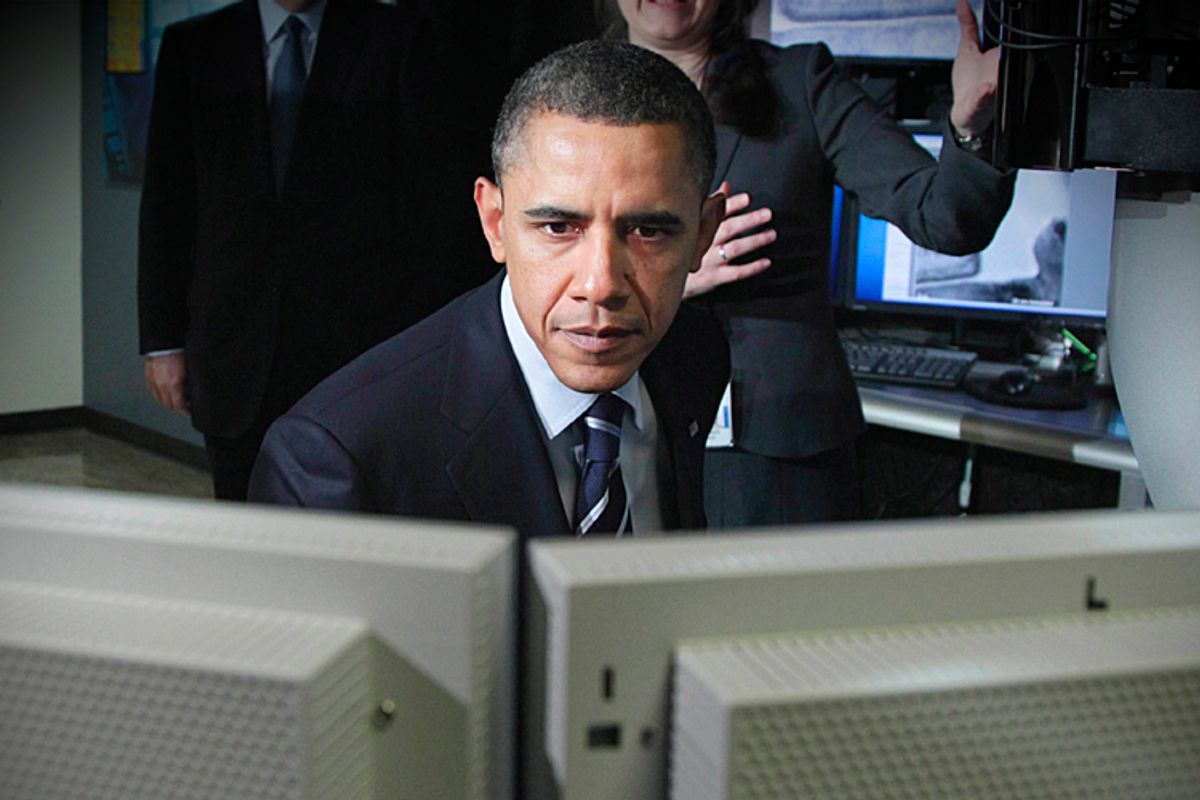 Out of all the harrowing story lines in journalist Jeremy Scahill's new film "Dirty Wars," the one about Abdulelah Haider Shaye best spotlights the U.S. government's new assault against press freedom.

Shaye is the Yemeni journalist who in 2009 exposed his government's coverup of a U.S. missile strike that, according to McClatchy's newswire, ended up killing "dozens of civilians, including 14 women and 21 children." McClatchy notes that for the supposed crime of committing journalism, Shaye was sentenced to five years in prison following a trial that "was widely condemned as a sham" by watchdog groups and experts who noted that the prosecution did not "offer any substantive evidence to support (its) charges."

What, you might ask, does this have to do with the American government's attitude toward press freedom? That's where Scahill's movie comes in. As the film shows, when international pressure moved the Yemeni government to finally consider pardoning Shaye, President Obama personally intervened, using a phone call with Yemen's leader to halt the journalist's release.

Had this been an isolated incident, it might be easy to write off. But the president's move to criminalize the reporting of inconvenient facts is sadly emblematic of his administration's larger war against journalism. And, mind you, the word "war" is no overstatement.

As New York Times media correspondent David Carr put it: "If you add up the pulling of news organization phone records (The Associated Press), the tracking of individual reporters (Fox News), and the effort by the current administration to go after sources (seven instances and counting in which a government official has been criminally charged with leaking classified information to the news media), suggesting that there is a war on the press is less hyperbole than simple math."

In this unprecedented global war, President Obama has been backed by the combined power of Justice Department prosecutors, FBI surveillance agents, State Department diplomats and, perhaps most troubling of all, a cadre of high-profile Benedict Arnolds within the media itself.

One of them is "Meet the Press" host David Gregory, who, after saying journalist Glenn Greenwald "aided and abetted" NSA whistle-blower Edward Snowden, demanded to know of the reporter: "Why shouldn't you be charged with a crime?" On the same "Meet the Press" program, NBC's Chuck Todd didn't want to know whether the NSA's surveillance is illegal, but instead demanded to know "how much was (Greenwald) involved in the plot" to expose the NSA's potential crimes. They were subsequently followed up by New York Times business reporter Andrew Ross Sorkin, who, after years of writing hagiography that helped Wall Streeters avoid prosecution, called for Greenwald's arrest.

Not surprisingly, the result of all this is a culture of fear. As the CEO of the Associated Press recently said, there has been a "chilling effect on newsgathering" thanks to an assault that seems "tailor-made to comfort authoritarian regimes that want to suppress their own news media."

By definition, the consequences of that "chilling effect" will be difficult to see -- stories never reported, facts never unearthed and whistles never blown. In cases like Shaye's, there will also be journalists not released from prison.

No doubt, the resulting news vacuum is exactly what the Obama administration wants. After all, even if the White House's version of events is wildly inaccurate, deliberately misleading or completely untrue, such a vacuum allows the official story to become the only story.

That kind of information monopoly is great for the president, and it is perfectly acceptable to the courtiers and glorified television actors in the Washington press corps who masquerade as real journalists. But it is quite the opposite for a world that desperately needs more independent reporting and assumption-challenging journalism, not less.