Penn. lawmaker blocked from DOMA speech because of "God's law"

Sims' remarks "ultimately were just open rebellion against what the word of God has said," said one Republican 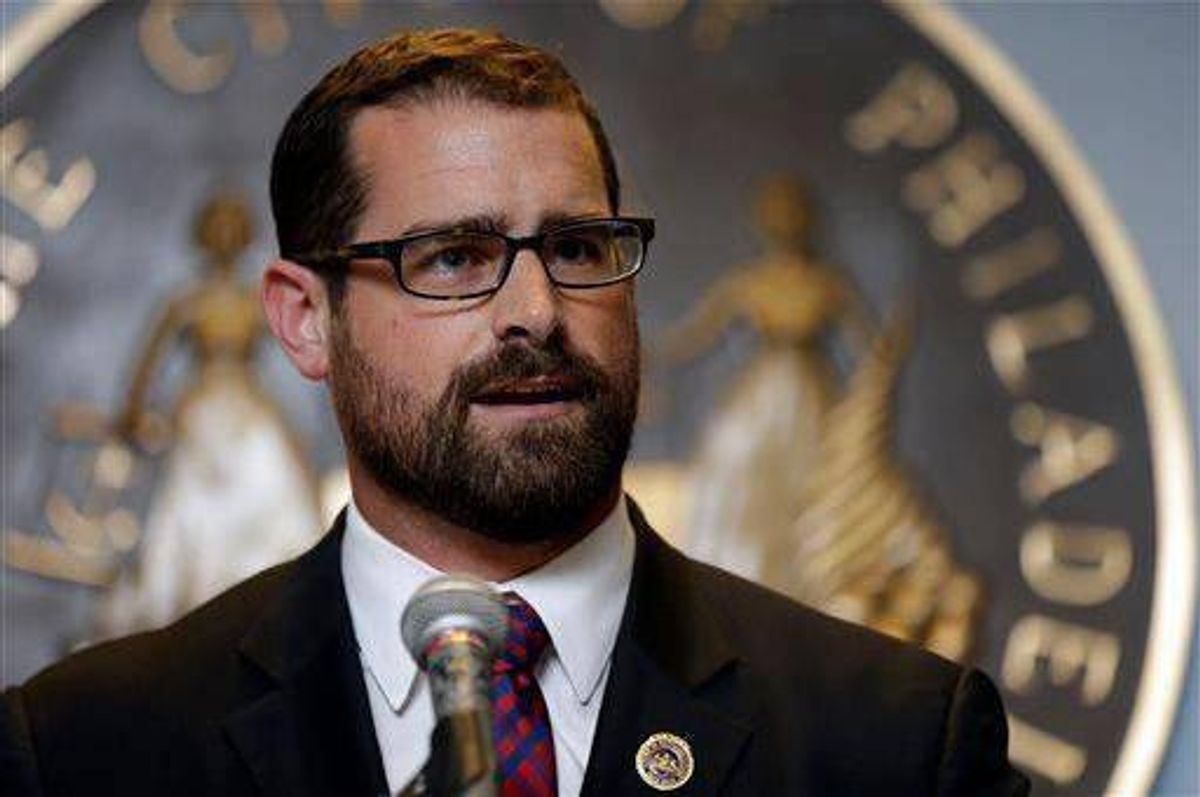 State Rep. Brian Sims, a Pennsylvania Democrat, was blocked by conservatives from speaking on the House floor about the Supreme Court's DOMA decision, which one Republican explained was because Sims would be violating "God's law."

WHYY-FM reports that Sims, who is the state's first openly gay lawmaker, was prevented from speaking about the decision to overturn the Defense of Marriage Act via a procedural move. "I wasn't planning on chastising anybody. I wasn't planning on discussing how far we have to come in Pennsylvania or that we really have no civil rights in Pennsylvania," Sims said. "It was really just going to limit my comments to how important the cases were."

Rep. Daryl Metcalfe, one of the Republican lawmakers who blocked Sims, explained his reasoning to WHYY: "I did not believe that as a member of that body that I should allow someone to make comments such as he was preparing to make that ultimately were just open rebellion against what the word of God has said, what God has said, and just open rebellion against God's law."

In response, Sims asked House Speaker Sam Smith, also a Republican, to reprimand Metcalfe. "I can't call anyone a bigot, a homophobe or racist. But language used against me does not live up to the standards of this body," Sims said, according to Philly.com.