The New Yorker's Bert and Ernie cover gets parodied

The controversial cover gets the Photoshop treatment with "Seinfeld" and "Batman" 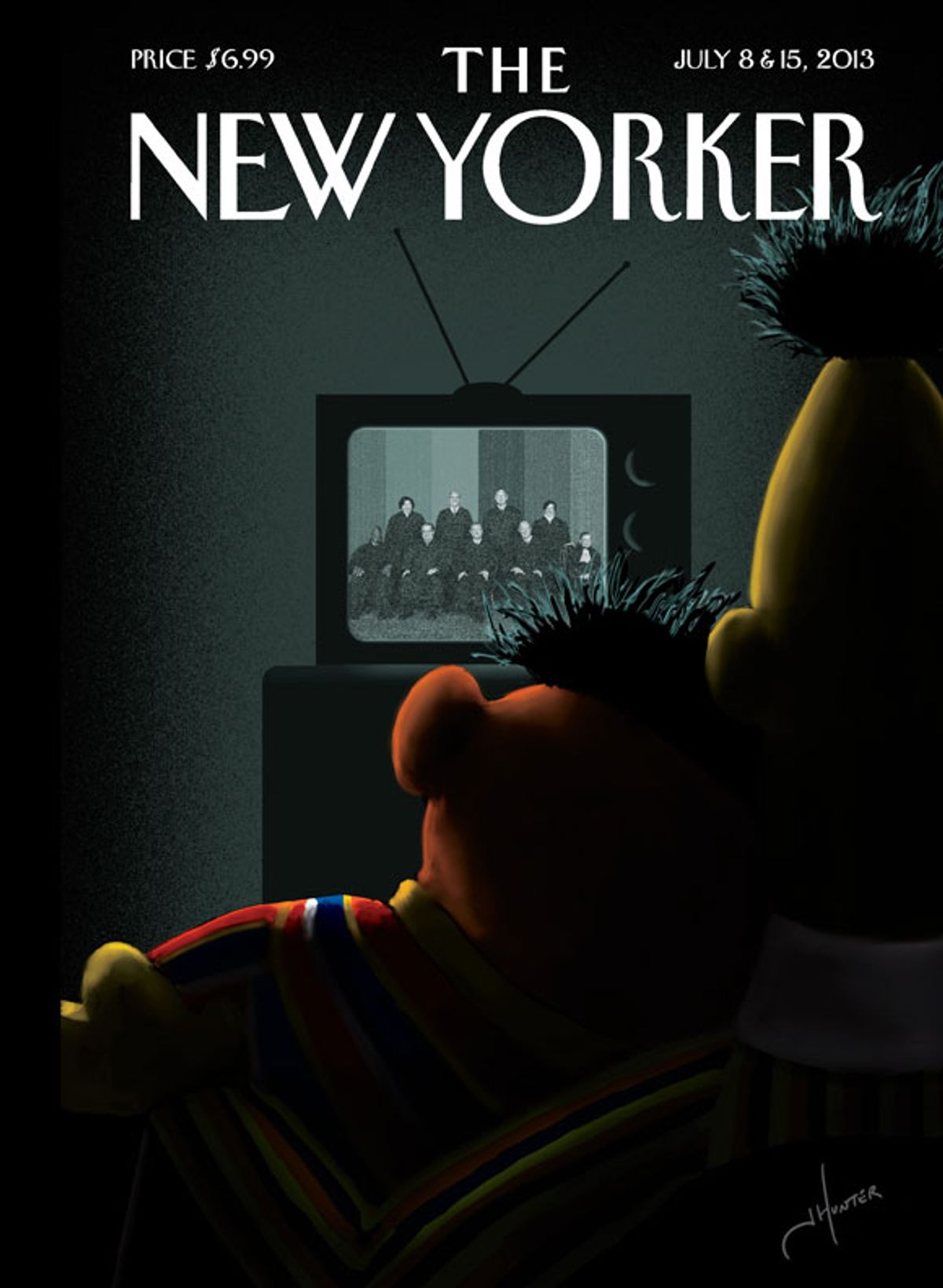 The cover of next week's issue of the New Yorker is making the rounds across the Internet this morning, with some sites singing its praise, and other sites condemning it for portraying "Sesame Street" pals Bert and Ernie as gay icons following the Supreme Court's ruling against DOMA and Proposition 8. Parodies mocking the controversial cover, which itself was repurposed from its original -- are just starting to spring up:

There's this take, which strips away any subtext -- just two friends on a couch watching "Seinfeld": Then there's "A Moment of Joy" overloaded with innuendo, featuring Batman and Robin embracing in a passionate kiss: And this riff on conservative takes of magazine covers is as good as a spoof: