Off the beaten track: Subway kiosks are the new artist hangouts 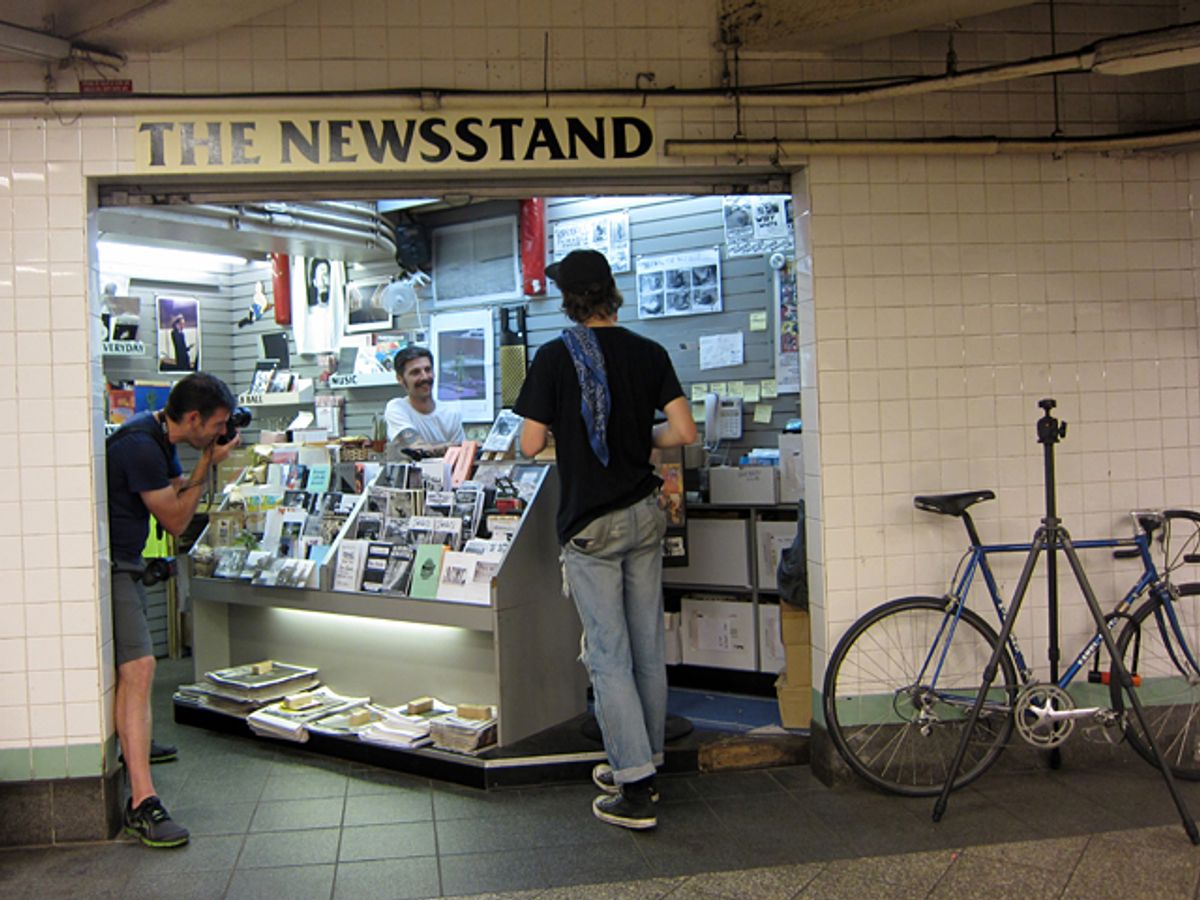 This summer several art newsstands are bringing independent media to the city streets and subways, with piles of zines and DIY publications offered in the tradition of newsstands. Handsomely constituting a small trend, the newsstands currently installed in New York and Los Angeles are looking to engage a larger public with offbeat media, while still acting like a hub of information and interaction — just like any other newsstand.

The Newsstand, which opened earlier this month in the Lorimer/Metropolitan G and L train connection in Williamsburg, Brooklyn, was curated by Lele Saveri of the 8-Ball Zine Fair for creative media company ALLDAYEVERYDAY. Lodged in the space of a former MTA newsstand, there are international zines and offerings from publishers like Desert Island Books, Miniature Garden, Dashwood Books, Hamburger Eyes, and Peradam, and some magazines organized by McNally Jackson. A sticker machine sits out front, and small stacks of press are even offered for free. When I stopped by, there was a photo shoot happening (as you do with a hip, underground, well-curated art newsstand), but there seemed to be a fair amount of people stopping by anyway from the endless travelers in movement through the station.

Sticker machine at the ALLDAYEVERYDAY Newsstand

The Newsstand joins Petrella’s Imports, which I visited back in April and is continuing through the end of June. That newsstand at Bowery and Canal in Manhattan’s Chinatown had its own offering of zines and arts media, and was in the same place as a former popular NYC newsstand, as a tribute to its meaning to the community. Over in Los Angeles, there’s also Summer Issues Cooperative presented by East of Borneo at Greene Exhibitions, which is opening this Saturday. There for two weeks nonprofit publishers like Triple Canopy, Cabinet, Esopus, and Brooklyn Rail are stocking archival and current art magazines that people can take free of charge, and also leave and trade their own. It’s a really simple model to get information out to an audience who might not wander into a gallery or zine fair, and keep the spirit of having a meeting place for the city, even if it’s just for a moment to grab something to read on the train.

Born to Kill zines at the ALLDAYEVERYDAY Newsstand

Free offerings at the ALLDAYEVERYDAY Newsstand

The Newsstand is at the Lorimer/Metropolitan G and L train station in Brooklyn through July 20. Petrella’s Imports is at Bowery and Canal in Chinatown in Manhattan through June 30. Summer Issues Cooperative at Greene Exhibitions (2654 La Cienega Avenue) in Los Angeles is open June 29 to July 13.