McDonald's refuses to open branch in the West Bank 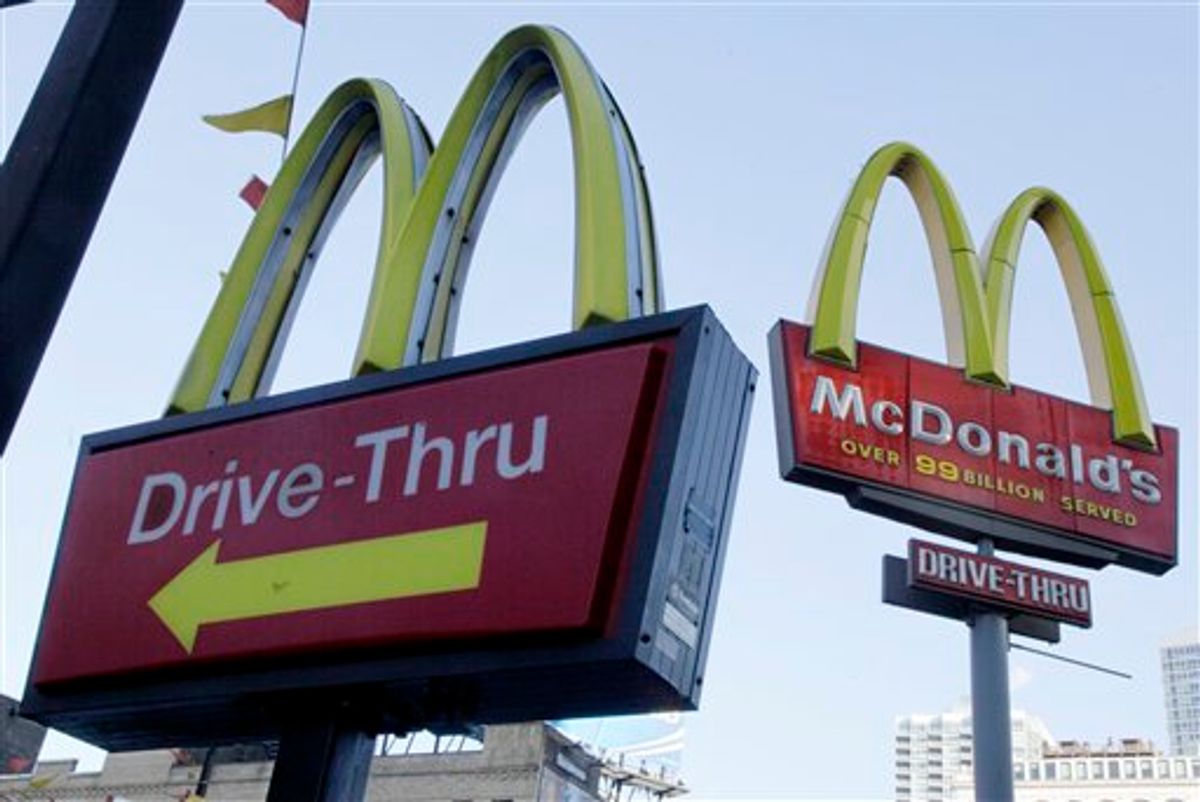 JERUSALEM — Israel's settlers are threatening to boycott McDonald's in Israel, after the popular burger chain refused to open a branch at a mall in the West Bank settlement of Ariel.

"McDonald's decision not to be a part of the Ariel mall is a miserable decision discriminating against the city's residents," Ariel Mayor Eliyahu Shaviro said.

Former interior minister Eli Yishai said on his Facebook page that he would eat the first burger grilled by McDonald's local competitor Burger Ranch, and that is rumored to take the American chain's spot in Ariel.

In a statement, the company said that limiting its operations to Israel proper — inside the Green Line that marks the pre-1967 war border — had "always been the restaurant chain's policy."

With 20,000 residents, Ariel is one of the largest Israeli settlements inside the West Bank, which Palestinians hope will make up the bulk of any future Palestinian state.

Ariel is located 13 miles from the internationally-recognized border between Israel and the West Bank, in the heart of Palestinian territory.

"Commerce is a bridging factor," he said. "which creates good conditions for a system of mutual relations regardless of one's religion, race or gender. The entire boycott issue does the exact opposite, causing a rift instead of a bridge. Peace will come through cooperation in general and commerce in particular, not through imposing boycotts."

Chemi Shalev, a columnist of the Israeli newspaper Haaretz, wrote that the Israeli officials who have come out against the McDonald's decision are living in an "alternative reality."

They have "no idea that Ariel isn't, in fact, inside Israel's recognized borders and doesn't appear to be so on any reputable map," Shalev wrote.