“The Internet is the only way that I have to connect to my people and my family now,” says poet Maram Al-Masri 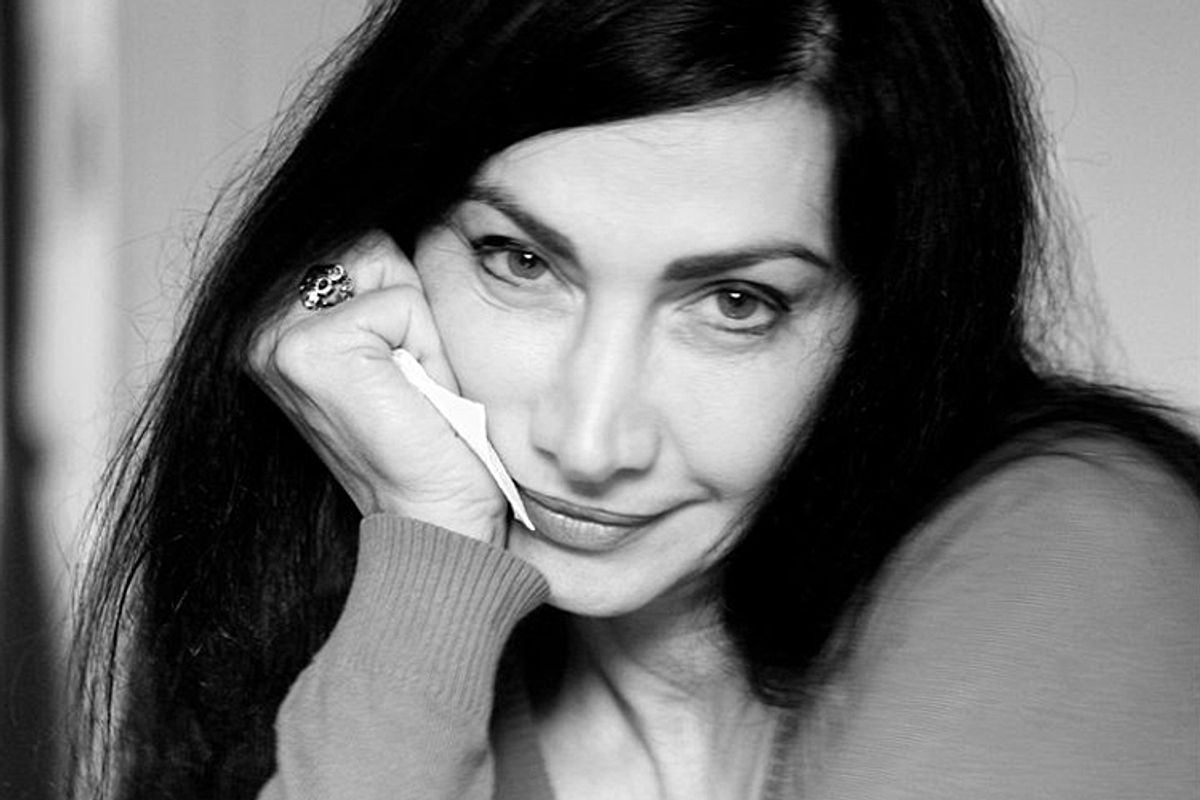 “The official media is so ignorant about what happens in Syria,” says poet Maram Al-Masri. “Civilians are in a very bad situation.” Her goal for her most recent collection, published in May, is to bring what Syrians are saying on social media to the world, even as the nation plunges deeper into chaos.

Since January 2013 the UNHCR has registered almost 1 million Syrian refugees – an average of 250,000 people each month. Officials acknowledge that the real number of refugees is probably much higher. In addition, more than 4 million people have been internally displaced. According to the CIA World Factbook, Syria’s population is around 22 million people, meaning nearly 30 percent of Syrians have been displaced by the current violence. “I’m working in my poetry to tell the truth about my people” says Al-Masri. “The outsiders are stealing the revolution from Syrians. Hezbollah and foreign extremists are getting involved. I want the international community to give my people medicine and milk, help them survive. What can poetry do in front of all this murder? If the poet doesn’t speak, who will do it? Poetry is about freedom; it has always been about freedom.”

Al-Masri calls her new book, titled “Elle va nue la liberté” (“Freedom, she comes naked”), a “strange literature production,” because it grapples with the connections and gaps between people in the age of social media. Each poem was inspired by a YouTube video, a Facebook post or a photo shared by people on the ground. “The Internet is the only way that I have to connect to my people and my family now,” says al-Masri, who was born in Syria and now lives in Paris. “I try to do my revolution here, as if I was with them. I write poems that describe this social media content, what I feel and what I see. I write as a person in love with them yet separated from them.” She does not specify which photo or video inspired each poem in her new book. She believes that the specific posts should not distract from the story and the experience described in each poem. “My poems aren’t about politics; they are about humans,” she says.

The Syrian Observatory for Human Rights estimated in May that as many as 120,000 people have been killed so far in the ongoing civil war. Al-Masri says pro-Assad extremists contacted her after a recent TV interview and threatened to kill her. “They said I support Israel. They said they will crush my head,” she says. “If I die, this would be a reason to die. When you are a mother and your child becomes ill, you give yourself to save her. Syria is sick and I give myself for her. But I don’t want to die.”

Al-Masri is no stranger to scandal. She is known for her short lyrical verses that infuse the context of contemporary life and human rights with ancient influences such as Rumi, Sappho and the Andalusian poet princess Wallada Bint Al-Mustakfi. Her previous works stirred up controversy by describing female desires, which caused problems within her community, leading to her divorce and subsequent alienation from disapproving loved ones. “I spoke about dangerous things,” she says. “They judged me very badly.” But this new book puts her at greater risk than ever before.

“I’m worried for my family,” she says. “I’m afraid that my poetry will put them in danger.” The last poem in her new book is dedicated to her brother in Syria, who has decided he will stay and help reconstruct their homeland when the war is over. Al-Masri has also criticized Obama for his lack of action even after Assad allegedly used chemical weapons. “People say it’s complicated. It’s not.  Remove Assad,” she says. “Give the Syrian people a chance to decide. Maybe they will elect a Muslim government. We have to be aware that democracy is dangerous. Yes, it is. But we still need it.”

The power of networks has haunted Al-Masri since her youth in Lattakia, a historic city famed in Syria for its flower festival. She remembers feeling a deep sense of collective isolation when she lived in Syria. “We were afraid all the time,” she says. “People spied on each other within communities, within families. If someone didn’t like you, he just told the secret police you are against the government. We became isolated even in our own homes, afraid of the other. Syria was in a coma.” Al-Masri referred to the ongoing revolution in Syria as a miracle. She believes that life in her homeland will never return to the culture of fear she remembers. “Today, the more Assad oppresses the people, the more they rebel,” Al-Masri says. “People woke up and decided to be free.”

Leigh Cuen is a freelance journalist living in Tel Aviv. Follow her at @La__Cuen and leighcuen.tumblr.com/