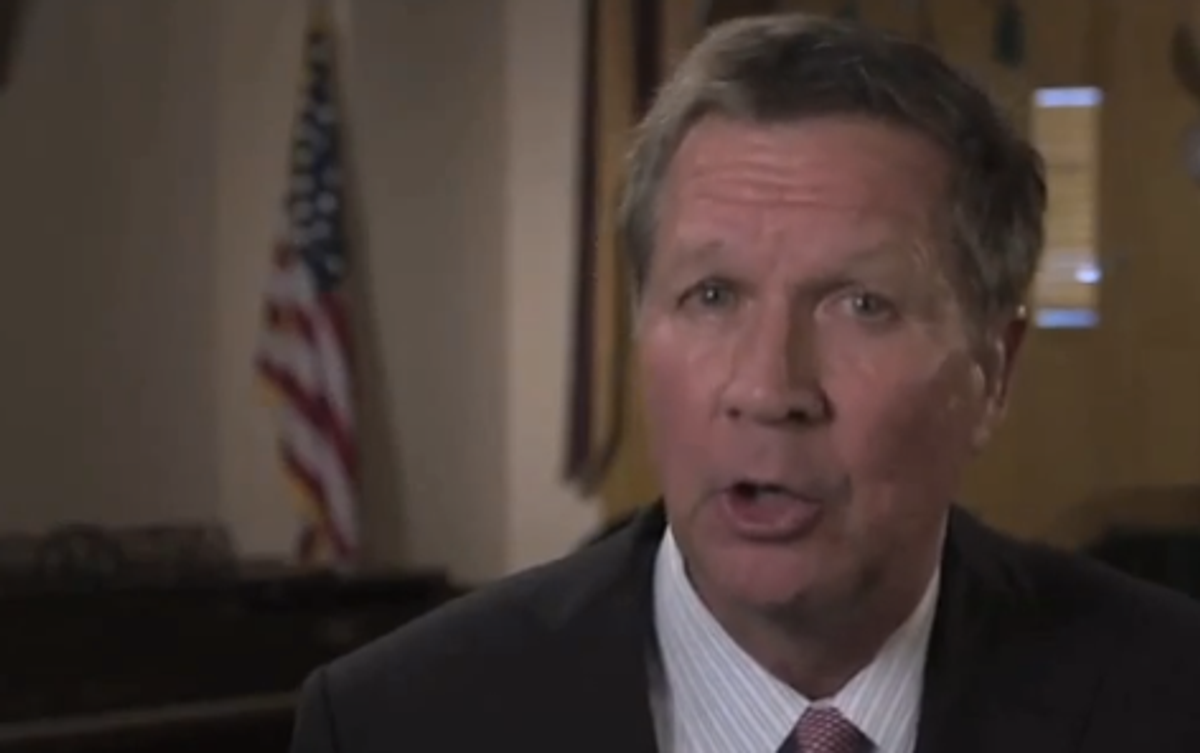 As Salon has previously reported, the antiabortion amendments in the budget block funding for rape crisis centers that refer women to abortion service providers, impose mandatory ultrasounds on women seeking abortions, and, because of a provision blocking transfer agreements between abortion clinics and hospitals, could shutter four of the state's 12 abortion service providers.

The move was quickly denounced by state Democrats and reproductive rights advocates.

In a statement on the new budget, Elisabeth Smith, spokeswoman for the Democratic Governors Association, called the decision out-of-touch with Ohio voters: "Governor John Kasich, surrounded by a smiling group of Republican male legislators, just signed a bill in Ohio that will defund Planned Parenthood and force women seeking abortions to get medically unnecessary ultrasounds. These positions are controversial, unpopular, and well out of the mainstream in any state, let alone Ohio.”

Stephanie Kight, president of Planned Parenthood Advocates of Ohio, also called Kasich and state Republicans outside the mainstream in a statement:

These provisions in the Ohio state budget are part of an orchestrated effort to roll back women’s rights and access to health care in Ohio — and the budget is only the latest in a series of restrictive laws signed by John Kasich that have hurt the women in our state who need more access to health care, not less.

As long as politicians continue to introduce out-of -touch bills that further restrict women’s health care in Ohio, we will be back to fight for Ohio women. Ohioans want doctors and medical experts to make medical decisions and set health regulations, not unqualified, intrusive ‘gynoticians’ like John Kasich.

The Republican governor did not take questions after signing the budget, but had previously told reporters that they should "keep in mind that I’m pro-life" when asked whether he would veto the antiabortion amendments.