The 10 nerdiest jokes of all time

Courtesy of a Reddit thread, these will make you the toast of your next philosophy study group 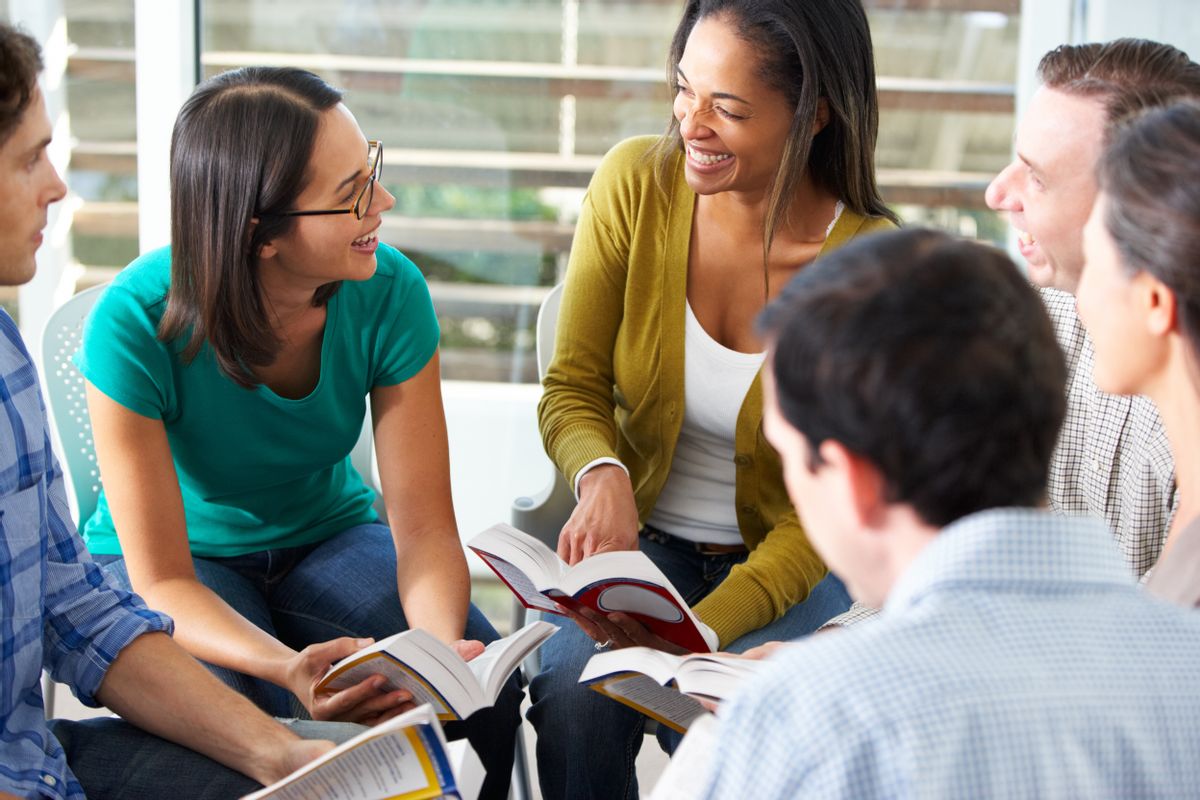 Philosophers are hilarious (it's practically axiomatic). Courtesy of this "intellectual joke" thread on Reddit, here are 10 (almost) one-liners ideal for dominating parties (well, maybe a sherry tasting at Frasier's or at a meeting of the the New Inquiry, the New York Times' favorite literary rabble-rousers).

1. This should elicit at least a polite "heh" from people who relish the chance to explain the semantic difference between solipsism and narcissism (or egoism), which of course means anyone who can:

"Is it solipsistic in here, or is it just me?"

2. Is there ever a wrong moment to make an existential funny?

"Jean-Paul Sartre is sitting at a French cafe, revising his draft of Being and Nothingness. He says to the waitress, 'I'd like a cup of coffee, please, with no cream.' The waitress replies, I'm sorry, Monsieur, but we're out of cream. How about with no milk?'"

3. Nerds on the prowl seal the deal by referencing Ivan Pavlov, the sexual beast of 19th-century behaviorism (maybe):

"Day 19, I have successfully conditioned my master to smile and write in his book every time I drool." -- Pavlov's Dog

4. Here's a zinger for when drunken bar banter inevitably turns to talk over film/TV roles for women:

"Two women walk into a bar, and talk about the Bechdel test."

"A man is on his first visit to Boston, and he wants to try some of that delicious New England seafood that he'd long heard about. So he gets into a cab, and asks the driver, 'Can you take me to where I can get scrod?' The driver replies, 'I've heard that question a thousand time, but never in the pluperfect subjunctive.'"

6. Any language theory joke that references Chomsky and/or deep structure without actually uttering the words is grammarian comedy gold:

"I'm a linguist, so I like ambiguity more than most people."

7. It's hard to choose just one "Philosopher walks into a bar..." joke. Obviously, it depends on the crowd. In a roomful of continental philosophers, Wittgenstein might not get guffaws. But in a social setting absent of philosophical biases, the options are endless. Choosing the bar-bound philosopher really hinges on the philosophical fluency of the audience. For example, this gem only requires a basic grasp of Cartesian dualism:

"Rene Descartes walks into a bar and proceeds to order many drink[s]. The bartender says to him a while later, seeing he is completely inebriated, 'I think you've had enough.' Descartes slurs, 'I think not!' Then he disappears."

Obviously, fallacy fan girls and boys might scowl and accuse the joke of denying the antecedent. (Refresher: Descartes said, "I think therefore I am." So, according to the rules of formal logic, thinking implies existence, but not thinking doesn't imply nonexistence.) Be careful! Logicians can be super-douchey.

This version requires nothing besides recognition of the philosopher-in-question's most famous work:

"Heidegger follows Kant into the bar and asks for a pint of ale, to which the bartender replies, 'Sorry, last orders was fifteen minutes ago.' Leaving, he sighs and thinks to himself, 'I hate not Being on Time.'"

So long as people know that Heidegger wrote "Being and Time," they can pretend to laugh before excusing themselves from the overwhelming hilarity.

"Kant walks into a bar ... only he doesn't, a prerequisite of movement being three-dimensional space, which is merely an illusory construct of pure intuition."

"They say a Freudian slip is when you say one thing, but you really mean your mother."

9. Some jokes are funny even if they almost always require explanation. This riddle is not one of those:

Explanation, courtesy of Reddit commenters: "We use the Decimal base (shorthand DEC) for our number system. Octal is another base system (shorthand OCT) if you convert Decimal 25, it is equivalent to OCT 31."

"Did you hear about the jurisprudence fetishist? He got off on technicality ..."

The right joke-teller, given good timing and swag delivery, might try replacing the elipsis with a "boom."