“Even if the name is strange and the brown color of the hummus is not as appetizing, it tastes wonderful" 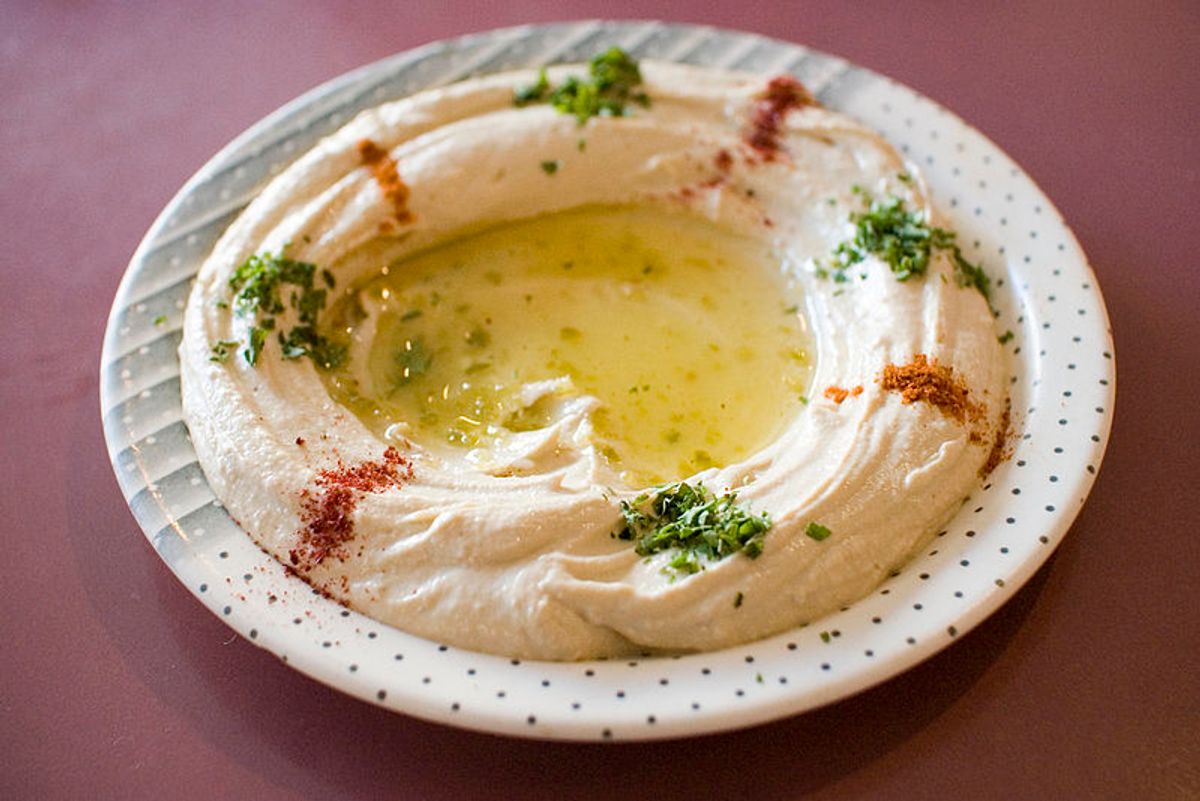 In a region as divisive as the Middle East, hummus could be the closest thing to a unifying force.

But can a food with Arabic roots, and a main ingredient as wimpy sounding as the chickpea, conquer the macho domain of the American snack shelf? Pepsico-owned Sabra Dipping thinks so. The spread is about to be named the NFL's "official dips sponsor," Bloomberg reports. And a national television ad to debut shortly will be urging customers to "dip life to the fullest." Cue the rippin' guitar solo.

While the goal is to make a Middle Eastern dip comprehensible to middle America, [Sabra CEO Ronen] Zohar faces a lot of work to make it a regular part of Super Bowl parties and Fourth of July celebrations. Salsa sales are more than double those of flavored spreads like hummus. Still, those spreads are growing at a 14 percent pace as Sabra and its main competitors, Nestle SA (NESN)’s part-owned Tribe and Kraft Foods Group Inc (KRFT).’s Athenos, appeal to Americans’ desire to eat healthier.

“Most of the people in the U.S. never tasted hummus,” the Israeli-born Zohar said. “You have to change their mindset that even if the name is strange and the brown color of the hummus is not as appetizing, it tastes wonderful.”

Zohar may be seriously underestimating the sophistication of the American palate, but he's certainly going to be mashing chickpeas on an Americans scale:

Sabra is doubling what it says is already the world’s largest hummus plant, in Virgina, and is working with farmers to ensure a consistent U.S. chickpea supply. Contests centered on the NFL sponsorship will debut in the fall.