Meet the Uberchopper: Luxury in the skies for New York beachgoers who can't stand holiday traffic 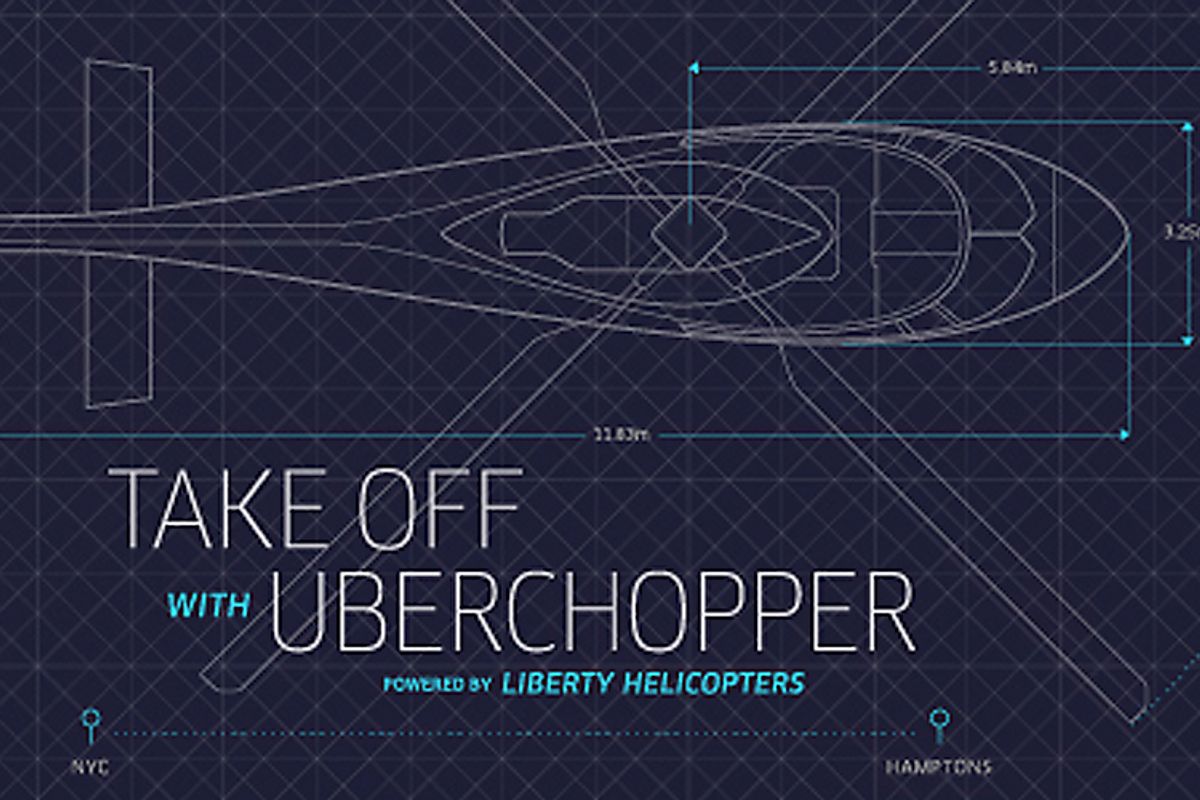 But then I went to read Uber's UberCHOPPER announcement on Uber's own blog, and ingested the following passage:

Independence Day for New Yorkers is synonymous with fireworks, long weekends in the Hamptons, beaches, BBQs, and relaxation. Let’s not forget the most important part: FREEDOM. This year, we’re giving you the ultimate freedom – from the crowds, the traffic, and the long trip out East – with UberCHOPPER. Tap a single button to request a private driver who will transport you and four friends to the helipad, where you’ll take off directly for East Hampton. Another driver will be awaiting your arrival to drop you off at your final destination. Blair Waldorf, Don Draper, and Jay Gatsby got nothing on you. This is the epitome of luxury, convenience, and style.

No, what this really is is the epitome of Twittter-bait. By which I mean a P.R. stunt purposely designed to press the social media class-warfare button and get everybody frothing about Uber, thus pumping up brand awareness. The fact that New York is amply endowed with rich kids who will no doubt seize upon this new transportation option for their beach-hopping this weekend is just extra gravy. Win, win.