The rainbow nation after its great unifier leaves the stage 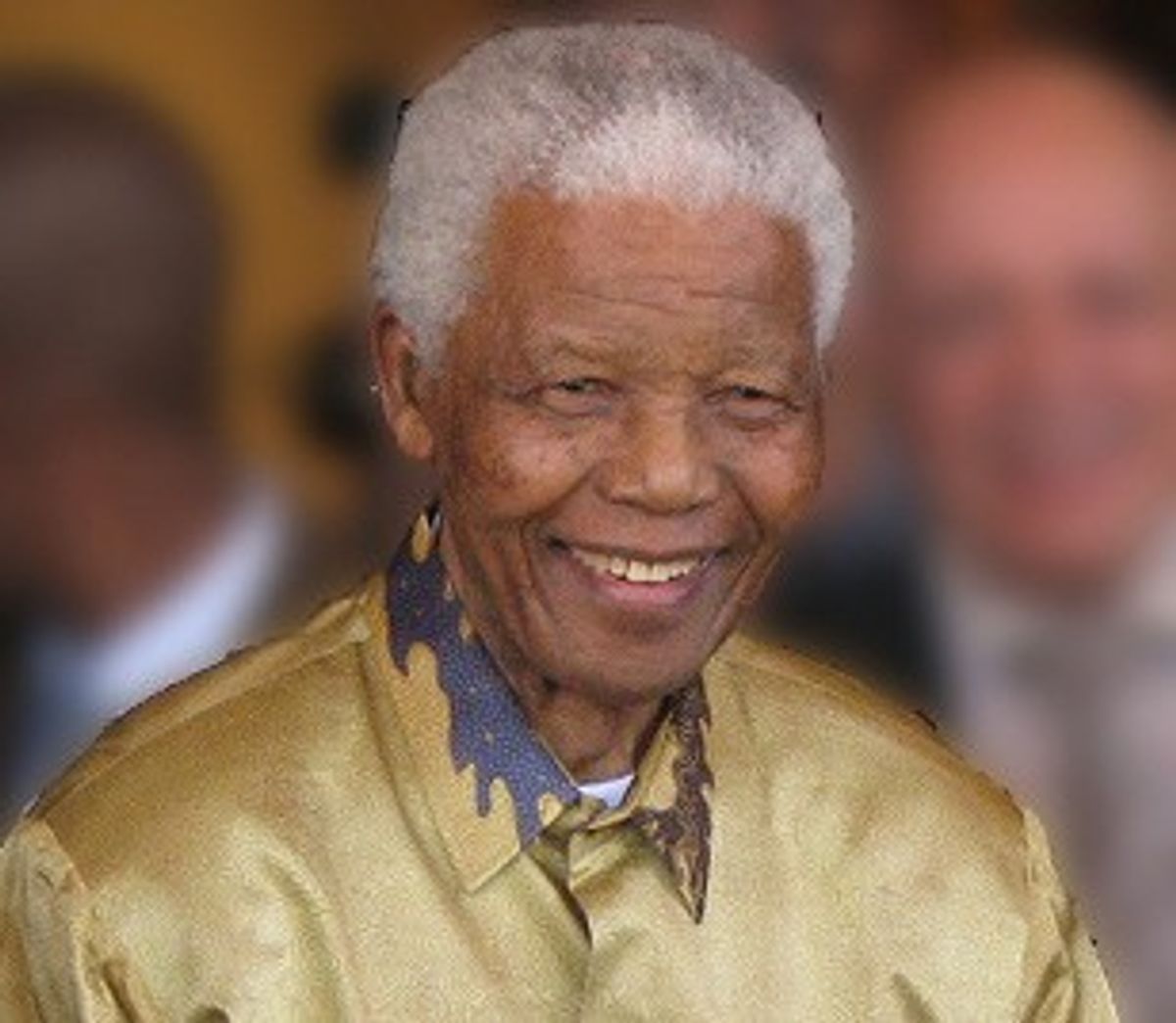 For years now, a theory has existed among white South Africans that the death of Nelson Mandela will mean the end of racial reconciliation in South Africa. According to this theory, Mandela, South Africa’s beloved first black president, was actually the only black South African who really forgave the white population who had supported apartheid, the strictest system of racial oppression ever instituted. By the ferocious force of his will, by the power of his persona, Mandela imposed a narrative of forgiveness on the rest of the country. But in truth, resentment and bitterness continued to seethe under the surface. After he dies, according to the theory, blacks will stream into Johannesburg in minibus taxis and murder whites wholesale with pangas, the kind of African machete used in the Mau Mau rebellion in Kenya and the Rwandan genocide, in a kind of national auto da fé to finally cleanse the land of the sin of apartheid.

When I traveled through the South African countryside for six months in 2010, I reckon a good quarter of whites I talked to about the inevitable death of Mandela thought something like this would happen -- especially the younger ones. Several volunteered to give me an underground DVD that outlined the evidence for the proposed uprising, which had been given a host of frightening and derivative names: “Night of the Long Knives,” “Operation Red October.”

The feared moment is coming. Mandela rests now on what may be his deathbed, on life support for a recurring lung infection in a hospital in Pretoria, South Africa’s capital. But I’ve lived in South Africa for four years now, and I’d be stunned if a mass uprising remotely resembling the “Night of the Long Knives” occurred: The theory has always played far more on fantasies born of white anxiety and guilt than on any real warning signs. However, Mandela’s death will inaugurate an era of greater divisions -- but divisions between black South Africans, not divisions along the race line.

With his emphasis on forgiveness and his numerous overtures to whites -- like his appearance at the 1995 Rugby World Cup, a near-holy day for white Afrikaners, immortalized in the 2009 Morgan Freeman film "Invictus" -- Mandela most conspicuously represented the ideal of black-white reconciliation, especially overseas.  But that’s not the only thing he represented. He also represented the ideal of black unity in South Africa.

Over the course of 27 years spent in an apartheid prison, Mandela became the face of the anti-apartheid struggle, which forged a single community -- black South Africans -- out of a very diverse set of tribes (South Africa has many, a number of which were at war with each other as recently as the 19th century) and classes. The intensity of the fight against white rule created a bond between people who, save for their mutual oppression under apartheid, might otherwise not have had very much in common: posh, British-educated black intellectuals; hard-charging black Communist activists; black mine laborers; poor black rural women. All of them knew of Mandela; all awaited his release from prison in 1990.

Consider one of the most iconic Mandela photographs: the image of him raising his hand with South Africa’s last white president, F.W. de Klerk, after they agreed to start talks to end white rule in 1994. The photo implies an equality of standing between these two South African communities, white and black, and also their singularity. There was no concept that one black hero -- Mandela -- might not be able to represent all black South Africans.

In the last year, though, we’ve seen black unity beginning to fray. The first visible tear came in the mining industry, which contributes almost 20 percent to South Africa’s GDP. On Aug. 16, in a small mining town called Marikana, a government-directed police force, composed mostly of black officers, mowed down 34 miners who’d gone on strike demanding dramatically higher wages. It shocked the country: Two of the biggest partners in bringing down white rule, mine laborers and black political leaders, were now pitted against each other.

The miners’ bitter complaint was that the coalition that has governed the country since 1994 -- a partnership between a labor-union organization called the Congress of South African Trade Unions and the African National Congress, the liberation-movement-turned-ruling-party formerly led by Mandela -- had enriched its own leaders without substantially bettering the lives of the black poor, and had in effect taken the place of the formerly white-only elite. The shootout only fueled the workers’ anger. Over the course of the next months, some 250,000 miners went on strike, half the mining industry’s workforce, and dumped their COSATU memberships en masse in favor of a new, ill-organized but non-ANC-aligned union.

The second rift came in February with the formation of a new political party to challenge the ANC: Agang South Africa (say “Uh-HONG”; it means “to build” in one of South Africa’s indigenous languages). Agang was started by Dr. Mamphela Ramphele, a formidable doctor, academic, businesswoman and one-time managing director of the World Bank, in no small part as a response to the horror she said she felt after the Marikana massacre. Ramphele’s credentials from the anti-apartheid struggle are impeccable. She helped lead the Black Consciousness Movement, an intellectual foundation of the ANC that shared inspiration with the “black is beautiful” movement in 1960s America, and was the partner of Steve Biko, an anti-apartheid activist who died in the custody of the white police in 1977. South African history is littered with what-ifs, and one of them is what might have happened if Biko had lived: He was perhaps the only persona big enough to have rivaled Mandela for the role of the great liberator.

South Africa has long had a small and feisty political opposition, but its voting base has mostly been restricted to whites and so-called coloreds, a group of South Africans of mixed racial heritage. With Agang, Dr. Ramphele is trying to challenge the orthodoxy that black South Africans must remain loyal to the ANC because the ANC liberated them. She’s been explicit in her critique of Mandela’s party: “After nearly 20 years, the country’s leaders have failed to deliver on the promise of freedom that so many of my generation fought and died for,” she declared at Agang’s official launch earlier this month.

The party is new, and it remains to be seen whether Ramphele, now firmly a member of the economic elite, can appeal to poor black South Africans. (She's first planning to contest municipal elections in 2014.) But at some point, the one-party rule that has dominated South Africa since apartheid's end will pass away -- and it looks like it could end soon. Another would-be challenger has joined Ramphele in forming a new party to try to undermine the ANC: a former ANC youth politician-turned-anti-ANC gadfly, Julius Malema, a cherub-faced 32-year-old fond of shouting praises for the late Hugo Chavez. A recent survey showed one in four South African young people would consider voting for him.

Just after South Africa's transition to democratic rule, one of the country's foremost journalist-historians, Allister Sparks, published a book about the moment called "Tomorrow Is Another Country." The title captured the strange and exhilarating sense that South Africa had transformed utterly nearly overnight. In some way, the day after Mandela's death, South Africa will become another country yet again: one less defined by what defined Mandela -- the struggle for black-white reconciliation -- and more as another African country with less exceptional difficulties. It will have to face cleavages and challenges characteristic of the continent -- the cleavage between emerging elites and those who remain poor, the challenge to improve access to education and create jobs so that education becomes a blessing to those who receive it.

A local friend commented to me that South Africa may be in for a "rough patch" ahead. The signs point to that -- to labor disruptions, to contested politics, even to broader social unrest. But maybe that’s a good thing. Neither Nelson Mandela nor the South African story he stood for could endure forever. At some point both had to die to make way for a less fairy-tale and more normal country.

Eve Fairbanks is a writer living in South Africa.